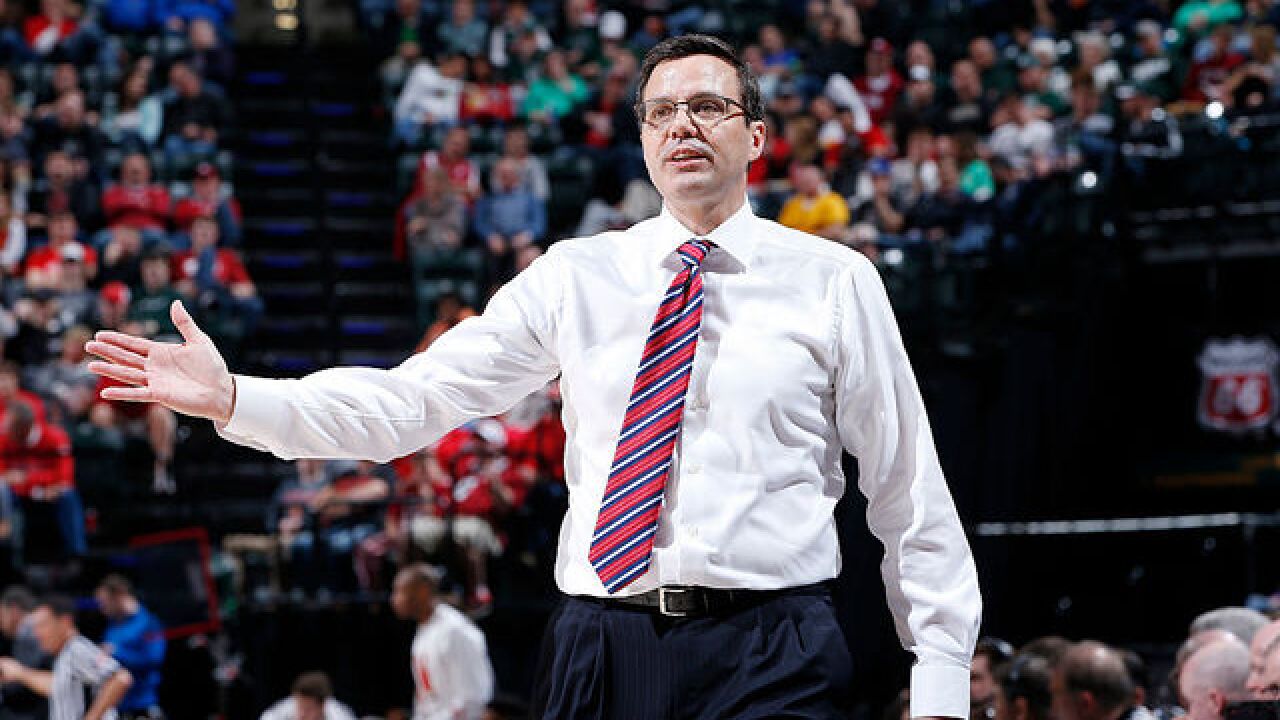 2016 Getty Images - Joe Robbins
Joe Robbins
<p>INDIANAPOLIS, IN - MARCH 11: Head coach Tim Miles of the Nebraska Cornhuskers looks on against the Maryland Terrapins in the quarterfinal round of the Big Ten Basketball Tournament at Bankers Life Fieldhouse on March 11, 2016 in Indianapolis, Indiana. Maryland defeated Nebraska 97-86. (Photo by Joe Robbins/Getty Images)</p>

Williams, a 2020 6'-5" combo guard, announced his decision via Twitter. He had received six scholarship offers previously including schools such as UNO, UMKC and South Dakota.

In 2017 as a sophomore Williams led Lincoln North Star, averaging 18.3 points, 2.7 rebounds and 1.8 steals per game for the Gators.

His older brother Bryson currently is a freshman on Wisconsin's football team.