Isaac Copeland comes back for his senior year, withdraws from NBA Draft 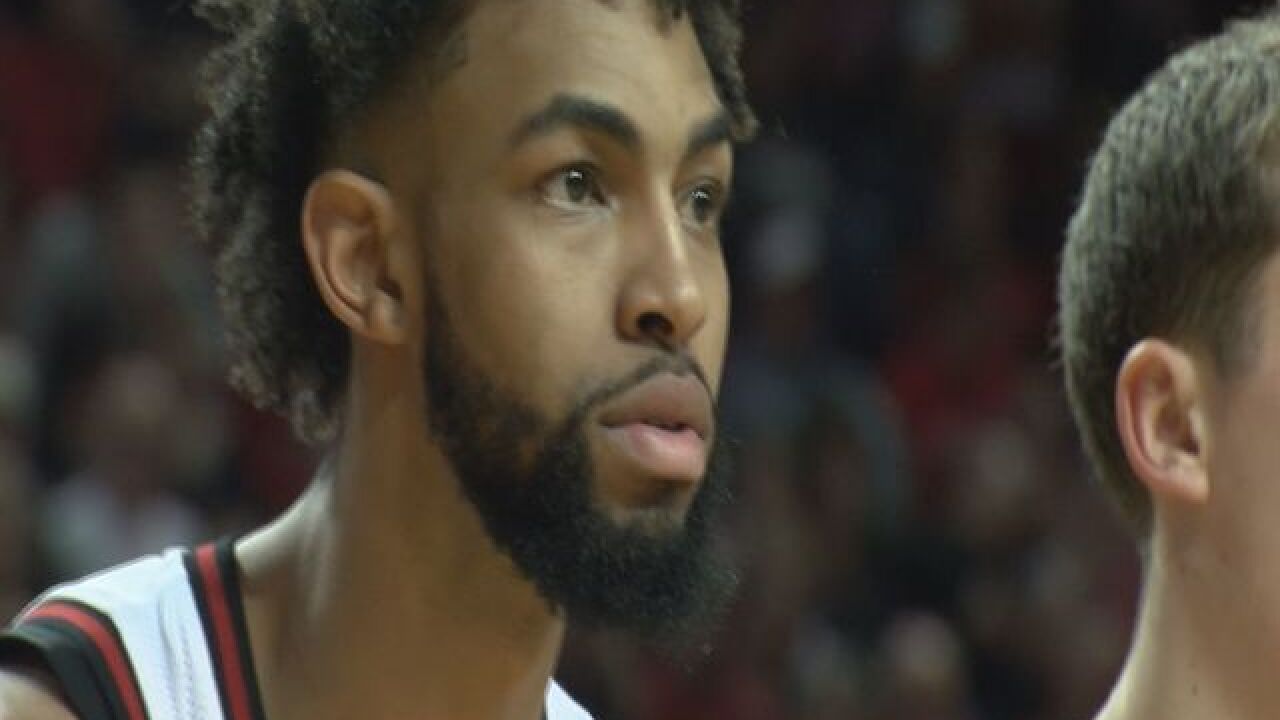 Copyright 2018 Scripps Media, Inc. All rights reserved. This material may not be published, broadcast, rewritten, or redistributed.
<p>Isaac Copeland on the 2017-18 Nebraska men's basketball team</p>

On Memorial Day Weekend, Nebraska basketball continued to receive good news.  Isaac Copeland announced Sunday afternoon he will be returning to Lincoln for his senior year.

Copeland's announcement came just two days after his teammate and Nebraska's leading scorer from a season ago, James Palmer Jr., announced his decision to return for his senior season on Friday night.

Like Palmer Jr., Copeland entered his name for consideration in the NBA Draft, but didn't hire an agent, which allows him to return to Lincoln with full eligibility for his senior season.

During the 2017-18 campaign, Copeland was second on the Huskers in scoring, averaging 12.9 points per game.  The Georgetown transfer also averaged 6.1 rebounds and 1.0 blocks per contest.