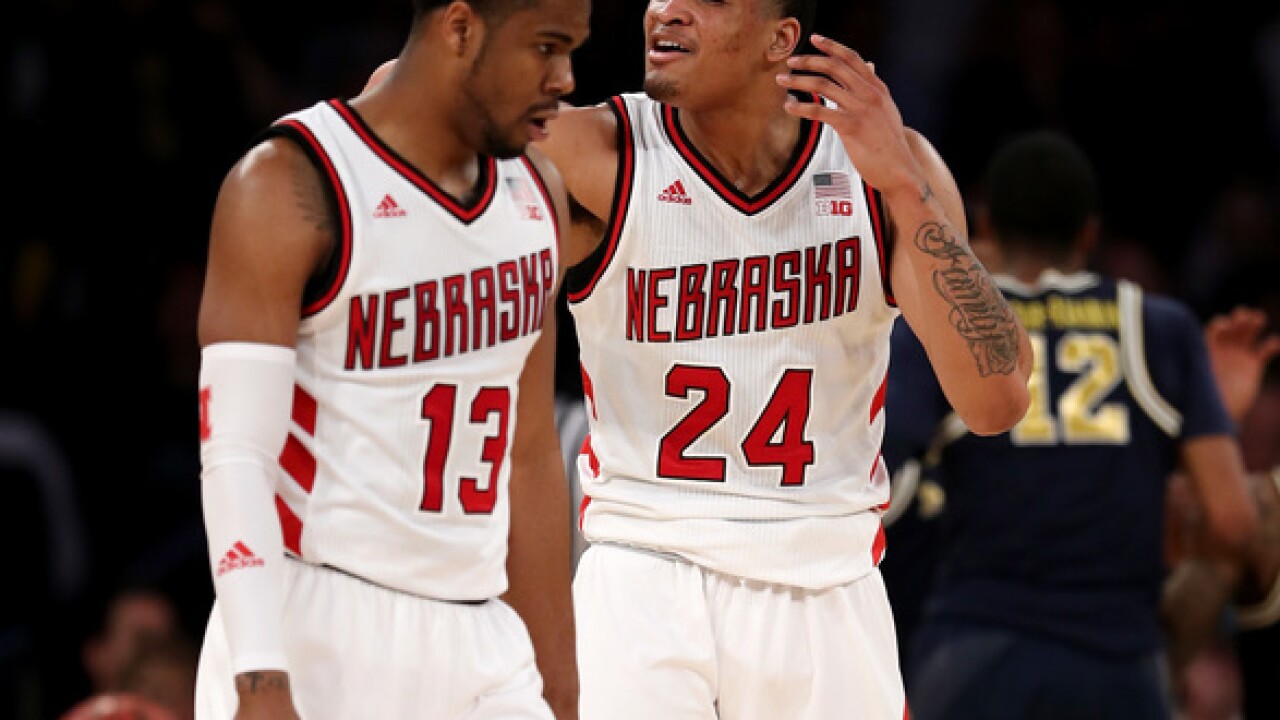 Copyright 2018 Scripps Media, Inc. All rights reserved. This material may not be published, broadcast, rewritten, or redistributed.
Elsa
<p>NEW YORK, NY - MARCH 02: Anton Gill #13 and James Palmer Jr. #24 of the Nebraska Cornhuskers react in the second half against the Michigan Wolverines during quarterfinals of the Big Ten Basketball Tournament at Madison Square Garden on March 2, 2018 in New York City. (Photo by Elsa/Getty Images)</p>

Nebraska basketball's James Palmer Jr. was one of 50 players in the nation to be named to the 2019 Citizen Naismith Trophy Men’s Player of the Year honor watch list released Monday by the Atlanta Tipoff Club.

The returning first-team All-Big Ten selection is one of eight conference players on the list.

Palmer is the first player to be named to the Naismith watch list since Terran Petteway in 2014-15.

The 2019 Citizen Naismith Trophy will be awarded on at the Naismith Awards Brunch on April 7, 2019, during the Final Four in Minneapolis.