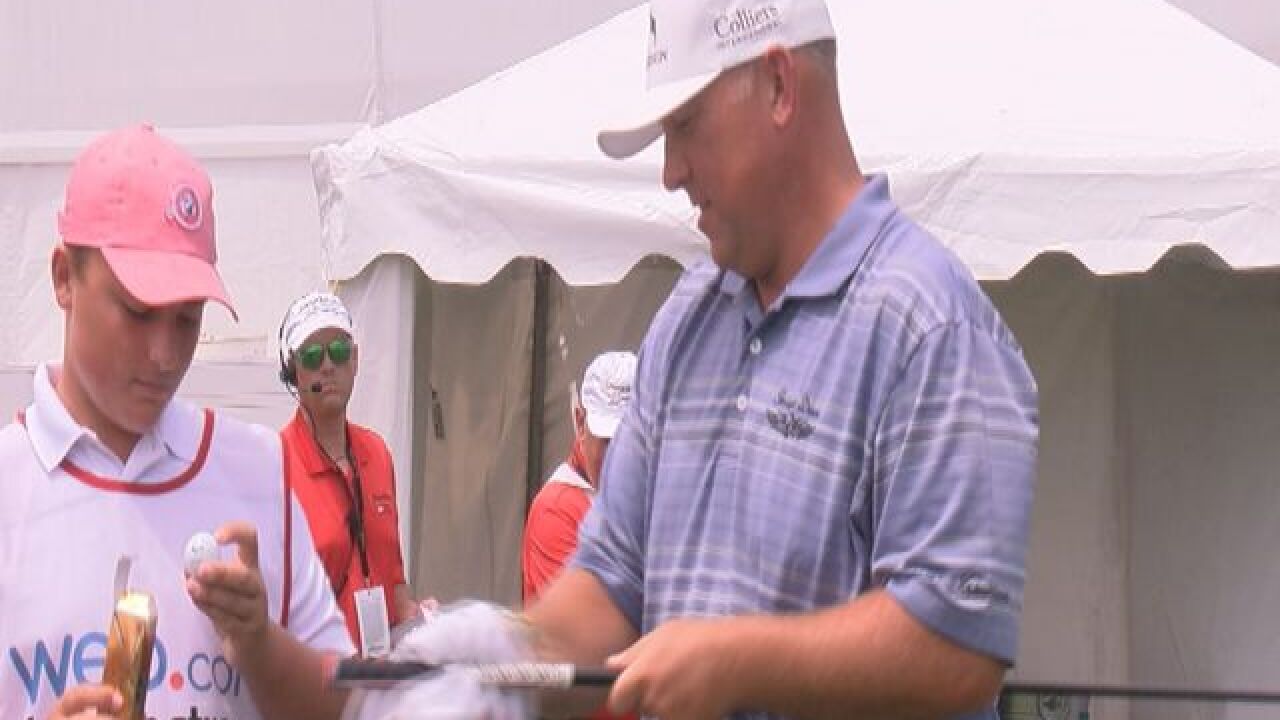 Copyright 2018 Scripps Media, Inc. All rights reserved. This material may not be published, broadcast, rewritten, or redistributed.
<p>Omaha native Scott Gutschewski at the 2018 Pinnacle Bank Championship.</p>

Two Nebraska natives will see the weekend at the 2018 Pinnacle Bank Championship at the Club at Indian Creek.  Both Scott Gutschewski and Brandon Crick made the cut at two-under par overall.

Gutschewski, an Omaha native, shot a two-under par 69 in his second round to advance to Saturday.  He birdied three of his final fives holes Friday afternoon to secure his place above the cut line, which was at one-under par.

Crick, a McCook native, also fired a second round 69 on Friday to finish the day at two-under par for the tournament.  The former Husker golfer carded four birdies and two bogeys in his second round.

Gutschewski tees off first on Saturday at 9:15 a.m., while Crick tees off four groups after at 9:55 a.m. Both golfers enter the weekend trailing the leaders at 10-under par by eight strokes.