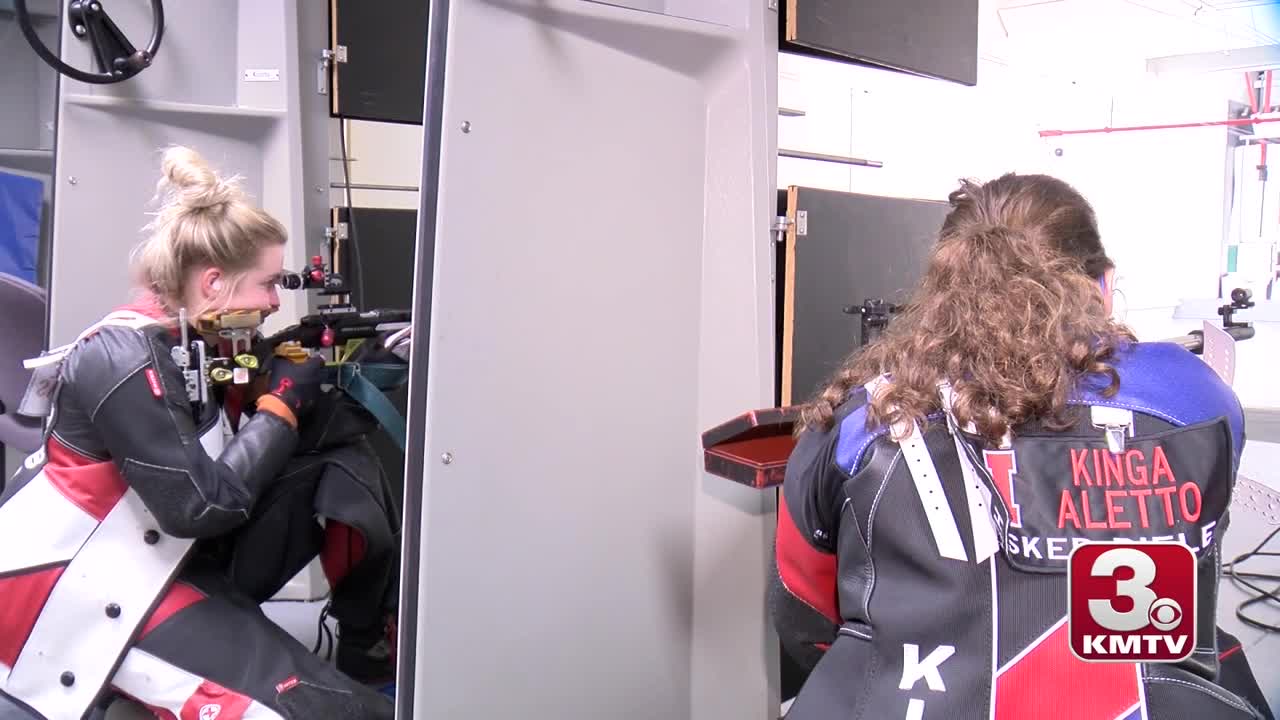 Nebraska Rifle ranked No. 9 in country

LINCOLN, Neb. (KMTV) — The Nebraska rifle team is having a strong start to its 2018-19 campaign. The all-girls team competes in rifle, a co-ed sport in the NCAA.

"They're proud of it, they're proud of being girls with guns," said Head Coach Ashley MacAllister. "Most of them are down to earth but if you don't give them enough time before a banquet they'll let you know because they like to wear the heels and the dresses."

For the last 20 years the Nebraska rifle team has been lining up the shots, looking down the scope and taking down the top programs in the nation.

In fact the Huskers are one of five all-female teams in collegiate rifle.

"It's a gender-neutral sport if there was one, it's pretty cool," said senior Nina Radulovic.

"I think the all-female aspect really bring us close together," said Peterson.

Ranked ninth-in the country...the big red are master marksmen in a sport where medals are measured in millimeters.

"Most people who watch look at it and think it looks so easy. I can hit a squirrel from 50 yards but the reality is the target is very small," MacAllister said. "We want the hole to be millimeters versus inches."

"Rifle we are at 10 meters and small-bore we are at 50 feet. The target is a half of a milimeter," said Peterson.

But the 2019 season is a bittersweet one. this will be Coach MacAllister's last season in Lincoln.

"It's hard because you recruit these girls to a program and you make a promise to them to see them through the struggles and some of them I have gotten the opportunity to do that with but I won't get to do that with the younger ones," MacAllister said.

"I know it's a big change but better things are ahead," said Radulovic.

in the mean time, NU will aim, load and fire and look to bring home a national title behind a barrage of bullets.

"It is a very honed skill and it takes a lot of focus and dedication from each individual," MacAllister said.