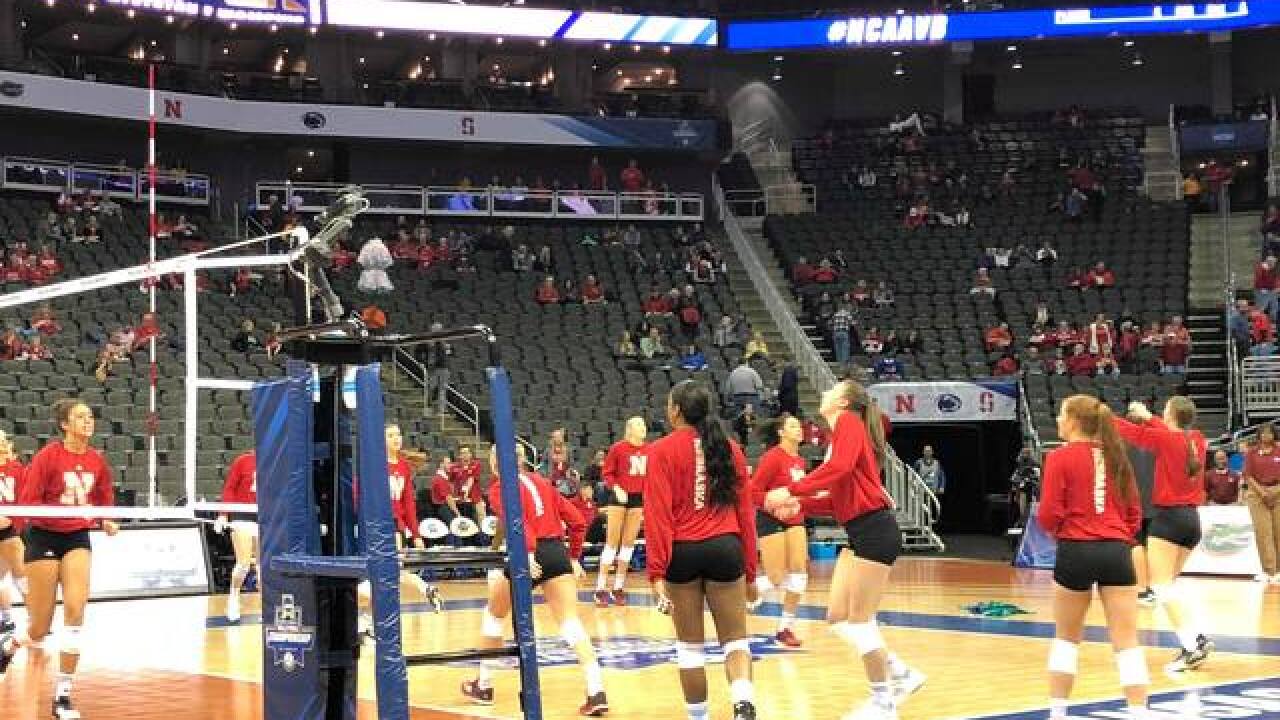 Nebraska volleyball is in Kansas City for its Final Four matchup with Penn State at the Sprint Center Thursday night.

Click the link below for a gallery of photos from tonight's match as the two teams get set to face off.

The Huskers are the only team to take down Penn State this season with a three-set sweep. The Nittany Lions had not been swept in 14 years before that match.

We will have interviews with players and coaches at the conclusion of tonight's contest, so stick with Omaha Sports Insider before, during and after the match.