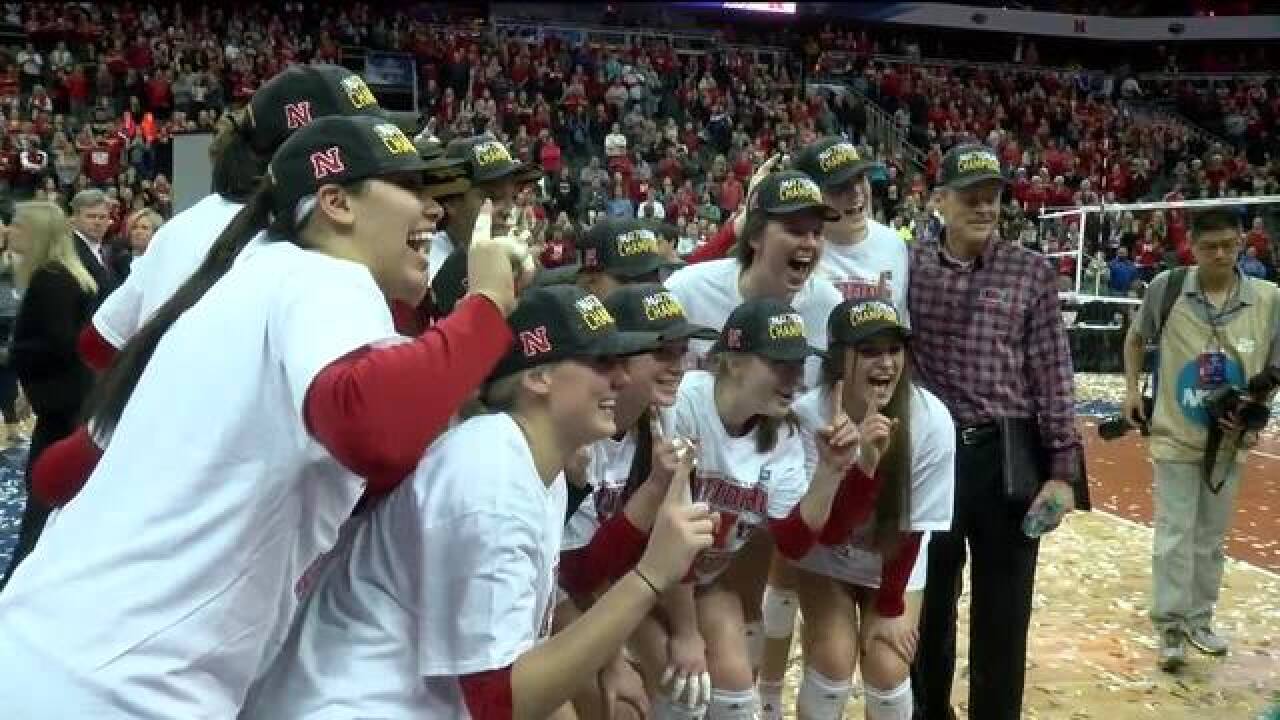 Nebraska volleyball, the defending national champions, released its 2018 schedule Thursday afternoon. And the 2018 campaign begins the same way the 2017 season ended for the Huskers.  NU starts the season with a national title rematch against Florida on Friday, Aug. 24.  That match is part of the VERT Challenge, which Nebraska is set to host at the Devaney Center.

NU will play all ten of its non-conference match-ups in the state of Nebraska this upcoming season, including the in-state showdown against Creighton at the CenturyLink Center on Thursday, Sept. 6.

Then on Sunday September 9th, the Huskers will host Iowa State and former NU legend Sarah Pavan will have her jersey retired. For more on that story, click HERE.

The Huskers will again play 20 Big Ten matches as they look for their third straight Big Ten title.  NU opens conference action, hosting both Michigan and Michigan State on Sept. 21 and Sept. 22, respectively.

Some other notable match-ups inside conference play include when Nebraska hosts Penn State on Nov. 2.  The Huskers also visit the Nittany Lions on Oct. 13, as well as road matches against Wisconsin and Minnesota on Oct. 19 and Oct. 20, respectively.