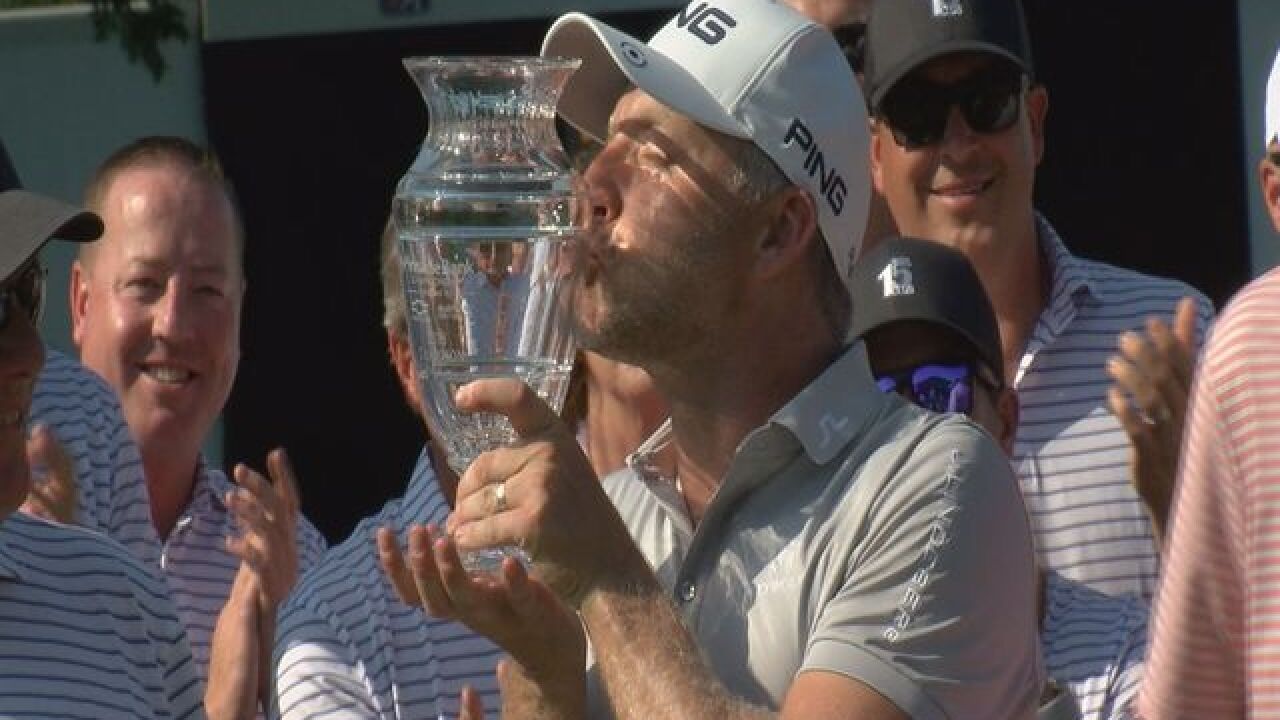 For the first time in his career on the Web.com Tour, David Skinns is taking home a trophy.  The Englishman capped of his win at the Pinnacle Bank Championship with a birdie on the final hole.

Skinns' win on Sunday at the Pinnacle Bank Championship at Indian Creek is his first ever on the Web.com Tour and launches him up to 33rd on the Web.com Tour's money list.  The top 25 golfers at the season's end qualify for the PGA Tour.

During a wild final round at Indian Creek, in which 10 golfer either held or shared the lead at some point during Sunday's final round, Skinns played the final four holes in four-under par.

Skinns fired a final round 6-under par 65 to post a total of 268, or 16-under par, for his four rounds.  The birdie on the last hole put the cherry on top.

"It's tough to put into words," Skinns said. "It's the first time I've won out here and it was everything I hoped it would be."