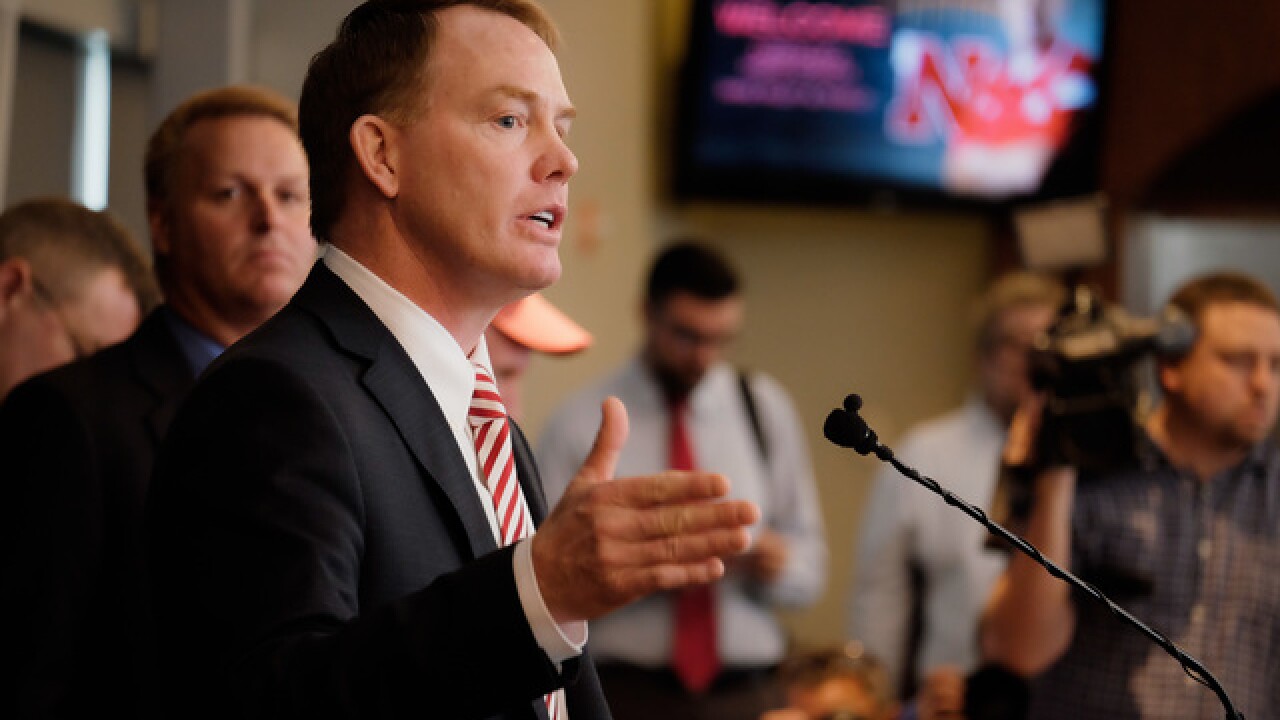 Lets just say that Nebraska Director of Athletics Shawn Eichorst hasn't exactly been a real popular guy among Husker football fans on our show the past 48 hours.

On Tuesday, in the wake of Nebraska's 2020 and 2021 conference football schedules being released, Eichorst was quoted in a Huskers.com article (which has subsequently been adjusted) as saying, "Since moving to a nine-game conference schedule, it makes sense from a student-athlete health, safety and welfare perspective to play on Saturday at the end of the regular season.”

Not exactly a popular stance among Huskers fans, or here at Quinn's Corner. Having played on Black Friday since 1990, its grown to be quite the tradition for Nebraska.

Why the sudden change of heart? According to the AD himself, who made a rare media appearance on Thursday night, he made a mistake in not being more clear on Tuesday in his initial comments.

Since then, steps are already being taken in the other direction

"As of yesterday I began conversations with my counterpart at Minnesota of getting that done." Eichorst on #Huskers Black Friday game.

Look, maybe Eichorst is being 100 percent honest. What he said Tuesday was being taken out of context (in some way), and he was simply backing the feelings of Mike Riley, who has made no qualms about his distaste for Friday games. Perhaps the plan all along was to discuss the possibility of moving the game with the Gophers.

Heck, maybe he was eating his oatmeal on Thursday morning and suddenly remembered how much he enjoys the games on Black Friday, and decided he needed to walk back his stance.

Ultimately, who cares about the reason? The result is what matters here.

And the result is, at least in the short term, Nebraska will do everything in it's power to preserve this particular tradition.

That's all that should matter. End of story.

I'm far from a shill for the Nebraska athletic department. Those that know me well can confirm that I refuse to be a blind cheerleader for anyone.

That said, my personal interactions with Eichorst have been nothing but positive, a man that truly has Nebraska's best interest at heart. Even in cases like this, where a large group fans and I disagree with the initial statement that was made.

We've absorbed our fair share of hate towards the Nebraska AD both on our show and on social media the past 48 hours, and I guarantee you one thing: Shawn Eichorst is not out to destroy Nebraska football. He's not out to destroy the traditions, ruin any program, or systematically dismantle anything or anyone.

He certainly doesn't wake up in the morning wondering how he can irritate one of the most passionate fan bases in college sports.

One thing I've noticed that often fails to register with passionate Husker fans is, like all of us, Eichorst is only human. On occasion, he will make mistakes. The important thing is, in this case in particular, he realized his mistake, and took steps to correct it.

In my book, that's the mark of a good leader, not a poor one.