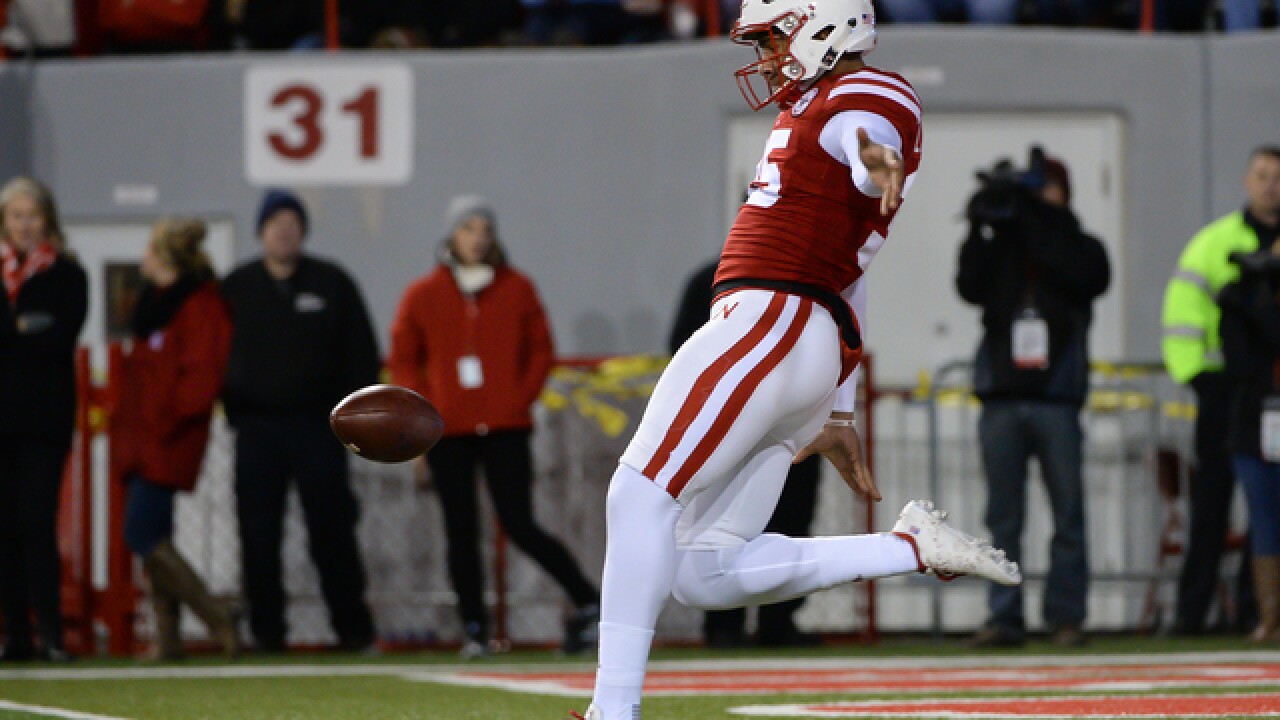 With almost a full week of fall camp under their belts, Nebraska's 2017 squad is starting to take shape.

With adjustments to the offense, there's bound to be a learning curve to some degree. With a new defensive scheme, there's going to be breakdowns from time to time.

All that adds up to points always being at a premium. Sometimes the difference in tight games can be taking three at the end of a stalled drive instead of being forced to punt. Brown returns for his senior season, and there's no reason to think he won't be primed for a big year.

There's been a lot of chatter about Davis entering his sophomore season, and many see him as a prime breakout candidate this year. He'll be tasked not only with controlling the opponent's run game, but also helping put pressure on the quarterback.

The Nebraska pass rush has left much to be desired since Mike Riley arrived in Lincoln, and Davis could be a central figure in helping turn that around.

You could probably throw everyone on the offensive line into this group, but the most intriguing battle to emerge after one week of camp has been at center.

Conrad has been getting the majority of the reps with the 1's, but Decker has pushed him some already. Offensive line coach Mike Cavanaugh said Thursday that Conrad has been more physical and is a little better with technique at the moment, giving him the edge.

Whoever ends up starting at center will be a key piece of an offensive line that will need to improve this year.

There's been endless amounts of conversation about Stoltenberg dating back to last year at this time.

Can the big man make the transition to the 3-4 and clog up the middle at nose tackle? If not, Nebraska's run defense could be in some trouble.

The coaches love Kalu at safety, and with numerous question marks at cornerback, he'll need to solid from the gun for the Huskers. There's a ton of bodies with experience in the safety room, so it really says something about his abilities for the coaches to leave him there with all the injuries at corner.

Lightbourn was thrust into an incredibly difficult situation last year, and the results were wildly inconsistent. Some games, he was spot on with a huge leg. Others, it felt like Nebraska would be better off going for it on 4th and 7 every time.

Much like Brown, there's likely to be growing pains on both offense and defense this year, and the yardage gained by a solid punt game will be key in some spots. Lightbourn has shown plenty of potential, but needs to become much more consistent in year two.

Legal issues aside, Morgan could be primed for a monster year with Tanner Lee taking over at quarterback. Morgan in the clear #1 option with the graduation of Jordan Westerkamp, and the new offense should showcase his talents.

In reality, the entire wide receiver group could find it's way on to this list, but it all starts at the top with Morgan.

Gates is now the unquestioned leader of the offensive line, and has already taken numerous opportunities to be outspoken about how his group needs to improve. Gates himself wasn't immune to problems last year, getting beat in several times in high profile moments.

He has all the physical tools to be successful, it's just a matter of putting it all together while avoiding injuries this year.

The injury to Chris Jones has thrust Jackson into the spotlight. With Kalu's move to safety, it leaves Jackson as the only corner with any appreciable game experience for Nebraska.

If Jackson can't take a step forward this year and prove that he's ready for prime time, Nebraska could be looking at a giant mess at a very important spot. There's already plenty of questions opposite him, so the Huskers need Jackson to be the man.

Sometimes the obvious answer is the correct one.

With questions along the offensive line and an unsettled backfield, Nebraska needs Lee to live up his billing. He doesn't have to be an All-Big Ten caliber quarterback or break any records, he just needs to be steady.

I got a kick out of this Athlon Sports article from Tuesday, in which they asked Big Ten coaches to talk about other programs anonymously.

Needless to say, there were some very interesting things said about both Nebraska and Iowa.