Quinn's Corner: some B1G predictions for 2017

Who wins? Who loses? JQ tells all. 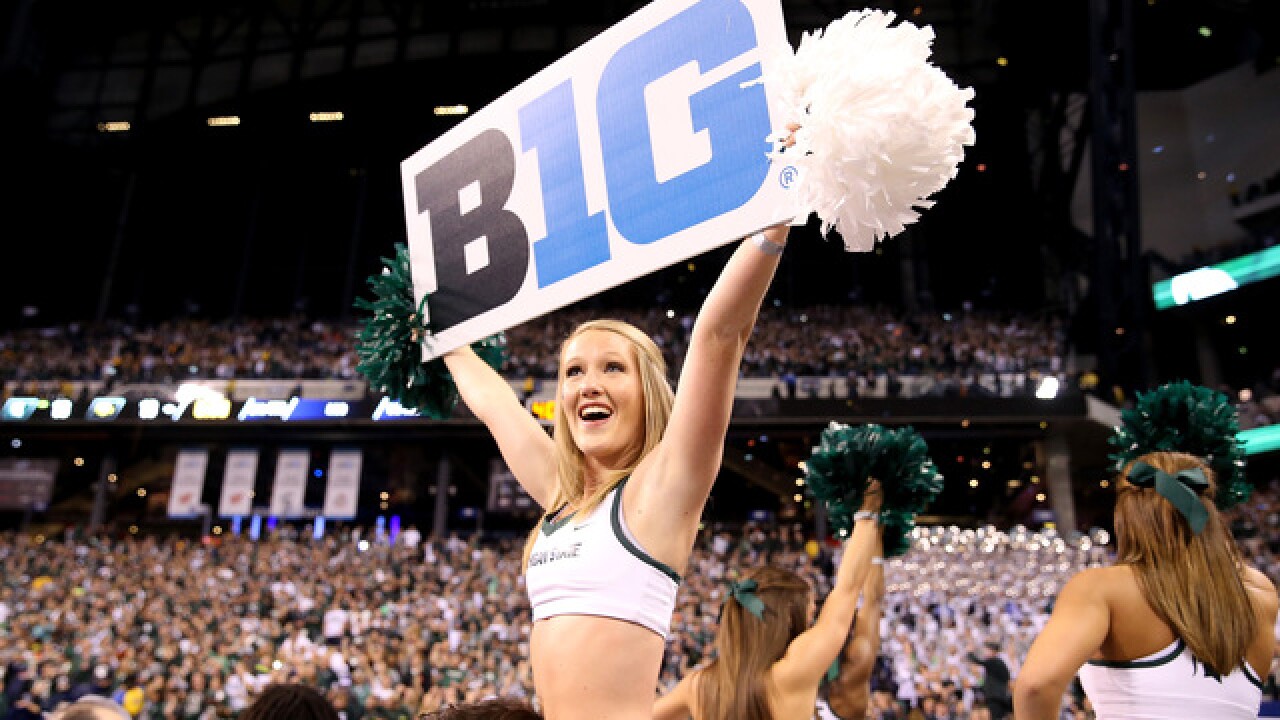 Andy Lyons
<p>INDIANAPOLIS, IN - DECEMBER 05: A Michigan State Spartans cheerleader celebrates after the 16-13 win over the Iowa Hawkeyes in the Big Ten Championship at Lucas Oil Stadium on December 5, 2015 in Indianapolis, Indiana. (Photo by Andy Lyons/Getty Images)</p>

Isn't about time somebody put a football in the air around here?

I'm fully behind the NCAA rule change that prohibits two-a-day practices, but boy...the one massive side effect is it makes fall camp drag on forever.

The good news is by this time next week, college football mania will have firmly taken hold, and we'll be just one day away from most B1G teams getting the season underway.

With enough fingers to count the number of days until the season starts, here's my obligatory Big Ten predictions for 2017. (Big Ten record in parenthesis)

The Buckeyes will get their toughest game of the season (vs. PSU) at home on 10/28, coming off a bye week. They do have to travel to Ann Arbor, but I like this year's Buckeye team better than the Wolverines.

It'll be so close, but not quite, this year for the Nittany Lions. If the game against OSU were in Happy Valley, I might think better of picking Penn State, but alas, 11-1 on the year still gets them to a New Years Six bowl for a second consecutive season.

Ultimately, I think Michigan finishes 8-4 after getting beat by Florida in week one, and Big Ten losses to OSU, PSU, and Wisconsin. Harbaugh has the horses on the way to win the Big Ten, but this year's club features too many new faces to be a top contender.

The Hoosiers will benefit from crossover games against Purdue and Illinois, and score wins over Maryland and Rutgers. Tom Allen will have a very different looking team compared to years' past, but six or even seven wins are within reach.

This is easily, without a doubt, the hardest team in the league to figure out. I have them beating Indiana, Maryland, and Rutgers. Crossover games at Minnesota, at Northwestern, and home to Iowa won't help their cause. Six wins on the year isn't crazy, especially if they can score the upset over Notre Dame early.

They're headed in the right direction, but still aren't quite built to handle the rigors of the Big Ten on defense. Last year, the Terps were gouged on the ground by opponents. DJ Durkin will win down the road, but this may not be their year.

Could this be the year Rutgers manages Chris Ash's first Big Ten win? Maybe - but don't count on it. All jokes aside, Rutgers is heading the right way, but its a long, slow climb from the bottom.

The Badgers miss PSU and OSU, and get Michigan, Iowa, and Northwestern at home. The Badger's toughest test will come just down the road in Lincoln on 10/7. If everything goes according to plan, Bucky just might be playing for the whole damn thing at the end of the year in Indianapolis.

The QB-RB-WR trio of Clayton Thorson, Justin Jackson, and Oregon transfer Jalen Brown could prove to be one of the best in the conference. There's a good shot the 'Cats start league play 0-2, but might not lose the rest of the way.

I'll have my full Nebraska breakdown next week, but lets just say there's about a billion different ways this season could unfold. One thing to key on this year: let's see if Nebraska gets better as the season goes along. That clearly hasn't been the case the last few campaigns.

Another team that's hard to figure this year. The Hawkeyes defense should be good, especially in the front seven, and their offense has a chance to be much more dynamic with Brian Ferentz calling the shots. If the RB duo of Akrum Wadley and James Butler works out as expected, the Hawkeyes should be just fine this year.

Make it three teams in the West that are tough to call. Minnesota should start rowing that boat quick out of the gate with 7 wins to open the year, but they'll toss out the anchor starting with a trip to Iowa City on 10/28.

Nobody will accuse Purdue of scheduling soft this year. Their first four games? Louisville in Indy, Ohio, @ Mizzou, and home to Michigan. It might be the toughest month of September in the league. I'm only forecasting wins against Rutgers and Illinois, but I think the Boilers will be much more pesky this year.

Lovie Smith didn't inherit a great situation in Champaign, and his first recruiting class ranked just 10th in the Big Ten. If things are going to take off, the Illni will need to find more consistency on offense this year to help their defense out.

Yeah, I know...it's a boring pick. But that Buckeye front seven is so, so good, and I think JT Barrett will have a much better year under new OC Kevin Wilson. Anything short of a CFB Playoff appearance for Ohio State will be a disappointment.

Link to how bowls are selected HERE

NOTE: I know Nebraska fans aren't going to be thrilled about the prospect of going to NYC over Christmas, but the reality is, if Nebraska falls into the second tier (which is likely), they'll have played in the three other games the past three years.