Quinn's Corner: This isn't the end for Mike Riley...yet

Huskers coach still has a chance to save his job 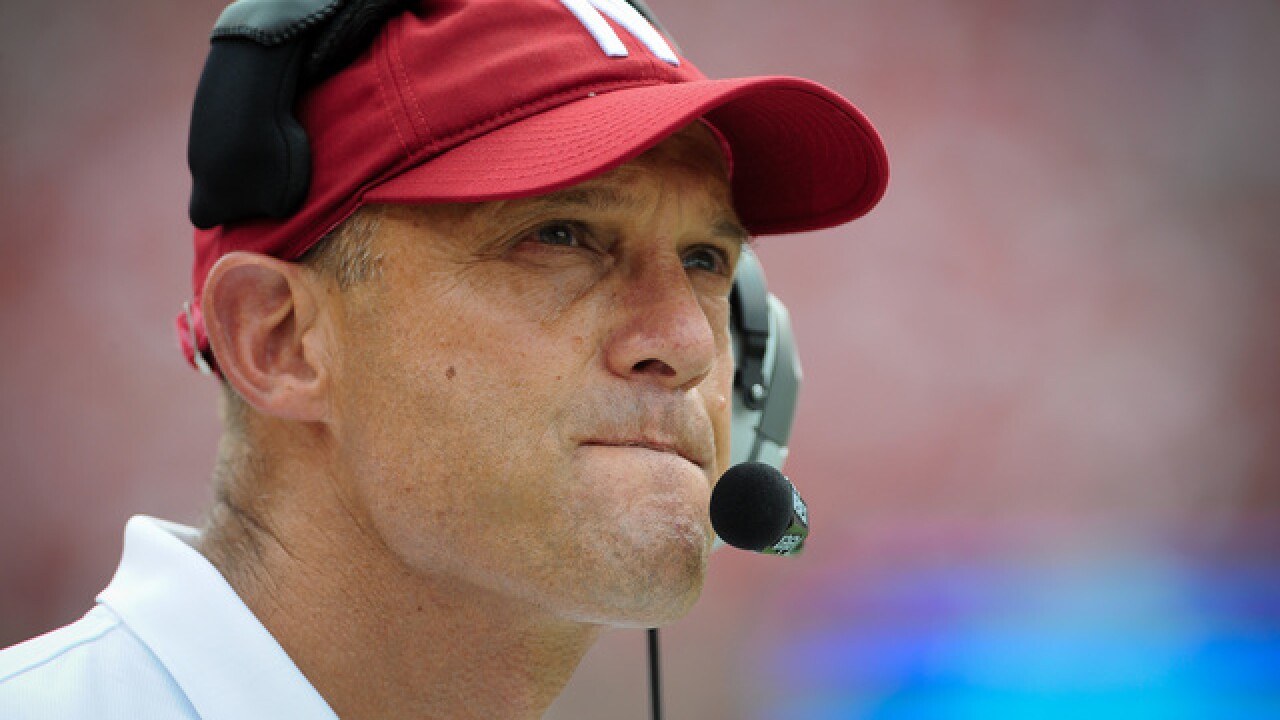 I understand the leap many fans took. Nebraska is off to a miserable 1-2 start. Riley's 16-13 record as the Huskers head coach isn't up to par. Since Riley arrived in Lincoln, Iowa has gone 23-7, and was a few snaps away from the College Football Playoff. Wisconsin has gone 24-6. Northwestern, 19-10. Minnesota, 18-11.

By the end of 2017, there's a chance those gaps could grow even wider.

For a program with the kind of tradition Nebraska sports, fifth place in it's own division simply won't do.

And yet, Eichorst is gone, while Mike Riley remains. And make no mistake - Riley still has a chance to right the ship and ultimately save his job. His fate is far from sealed.

Is it likely Riley will remain employed in Lincoln beyond this season? At this point, I wouldn't bet my house on it. But really, nothing has changed - Riley needs to win games, something he needed to do anyway. The timeline may have shortened, but the ultimate stakes haven't changed.

If anyone knows and embraces that reality, it's Mike Riley. He's been around football long enough to know the score.

What will it take? In all likelihood, a 7-5 finish (or better) will afford Riley a chance to return in 2018.

If Nebraska were to then turn in a 8-4 or 9-3 season next year under Riley, today's discussion will seem like a silly, distant memory.

Better pick up some change of address forms on the way home from the Iowa game.

That said, having lost to Northern Illinois a week ago, six additional wins suddenly seem hard to come by this season. Therein lies the problem for Riley.

There are certainly no slam dunks.

Which is why it all MUST start this weekend with Rutgers. And it's not going to be easy.

Nebraska's offensive line got handled by the Huskies a week ago, and is now dealing with injuries at right tackle and potentially center. True freshman Brendan Jaimes is expected to make his first career start (and appearance) at tackle, while red shirt freshman Michael Decker will see work at center.

You could argue things can't get much worse along the line for the Huskers, so maybe the new faces will help. Or, maybe they wont.

RB Tre Bryant, S Josh Kalu, LB Marcus Newby, and LB Tyrin Ferguson are all out. WR Stanley Morgan sounds extremely questionable with a neck issue. That's a lot of important players Nebraska will be without. That's not to mention QB Tanner Lee has thrown seven interceptions in the past two games.

So far this season, the Huskers have had issues on offense, defense, and special teams. There have been moments where it's been a complete failure in all three phases.

I'll be candid: I'm going to pick Rutgers to win this game, which will shock a lot of people. Not because I think Rutgers is a great (or even very good) team, but because I haven't seen anything from Nebraska to show me they are either.

Hey, when you get beat at home by a MAC school, you can certainly lose to anyone in the Big Ten.

And ultimately, that's the battle Mike Riley now faces, with the stakes being much, much higher starting this week with no place to hide in Shawn Eichorst's protective shadow.

Can Riley survive? Sure - but the battle won't be easy, and the Huskers head coach is now officially on the clock.

See what former players had to say about Eichorst's firing