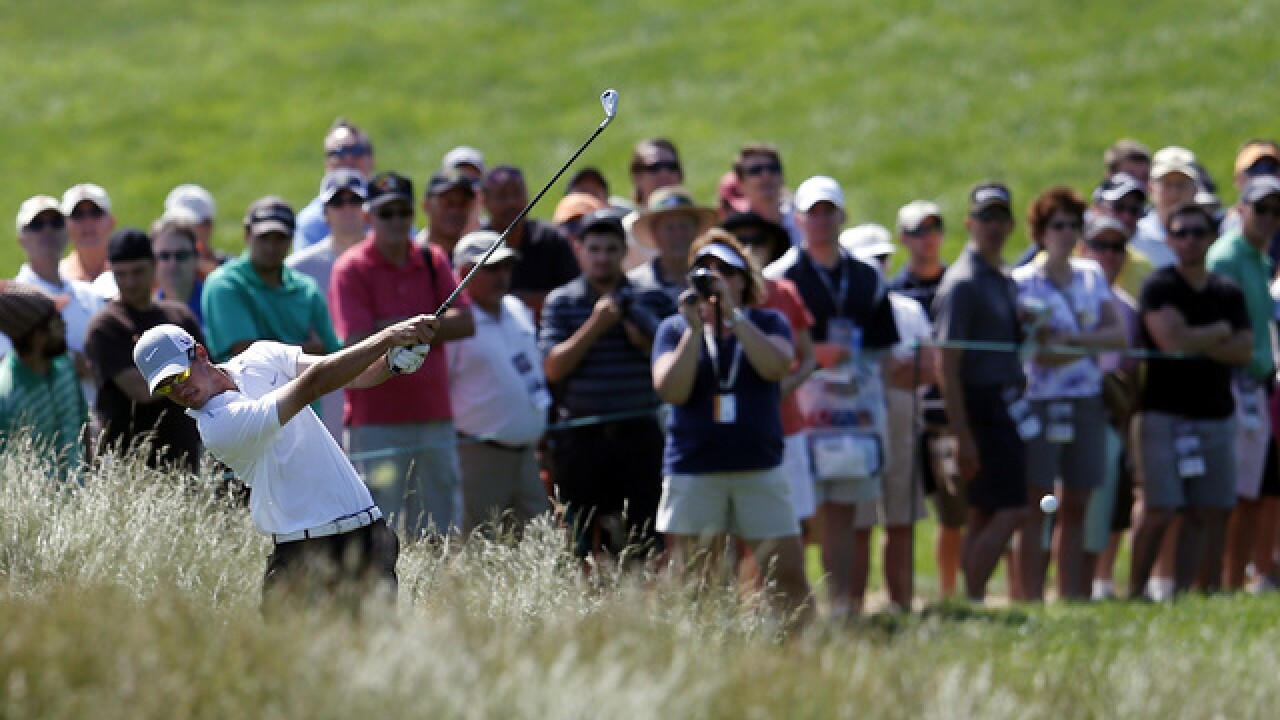 2013 Getty Images - Rob Carr
Rob Carr
<p>ARDMORE, PA - JUNE 12: Brandon Crick of the United States hits a shot from a fairway in front of a gallery of patrons during a practice round prior to the start of the 113th U.S. Open at Merion Golf Club on June 12, 2013 in Ardmore, Pennsylvania. (Photo by Rob Carr/Getty Images)</p>

At this time of year, many people are focused on which teams will make the NCAA Men's College World Series or if the Cavs will be able to take down the Warriors in the NBA Finals. But for a few Nebraska natives, their focus is on making it to the 2017 U.S. Open.

Golfers around the world have an opportunity to qualify for the U.S. Open by playing in local qualifying and then sectional qualifying. In order to become eligible, players must be a professional or have a Handicap Index of 1.4 or lower.

During the first two weeks of May there were a total of 114 local qualifiers throughout 44 states and Canada for the 117th U.S. Open Championship.

Out of 8,979 players only 525 advanced to sectional qualifying. Sectional qualifying is conducted over 36 holes at 10 U.S. sites (May 5) and two overseas sites Japan (May 22) and England (May 29). Golfers who advance from Sectional Qualifying will compete in the 117th U.S. Open at Erin Hills Golf Club June 15-18th.

Crick, Kluver and Schaake competed in the U.S. Open Championship Local Qualifying at the Country Club of Lincoln May 11th. At the local qualifiers, the three low scores of the day would advance to sectional qualifying.

Elkhorn's Scott Gutschewski came in with the low score of 67, Kluver finished second in the 18-hole qualifer with a score of 69 and Crick captured the last spot winning a three-way playoff.

Schaake earned the first alternate spot after shooting a 2-under 70 and was given a spot in the sectional qualifying due to a player withdrawing.

Live scoring is available at usopen.com, you can follow each individual players by selecting their sectional qualifying location.

As a Sophomore Schaake captured the Big Ten individual title and first-team All-Big Ten Honoree, he was named the Division 1 PING All-Midwest Regional Team and competed in the NCAA Regional.

Former Husker Brandon Crick turned pro in 2010. Crick was raised in McCook and began his collegiate career at Gonzaga.

Following his freshman and sophomore year Crick transferred to play at Nebraska University in 2008 for his final two season. As a senior at Nebraska Crick received an individual invitation to compete at an NCAA Regional.