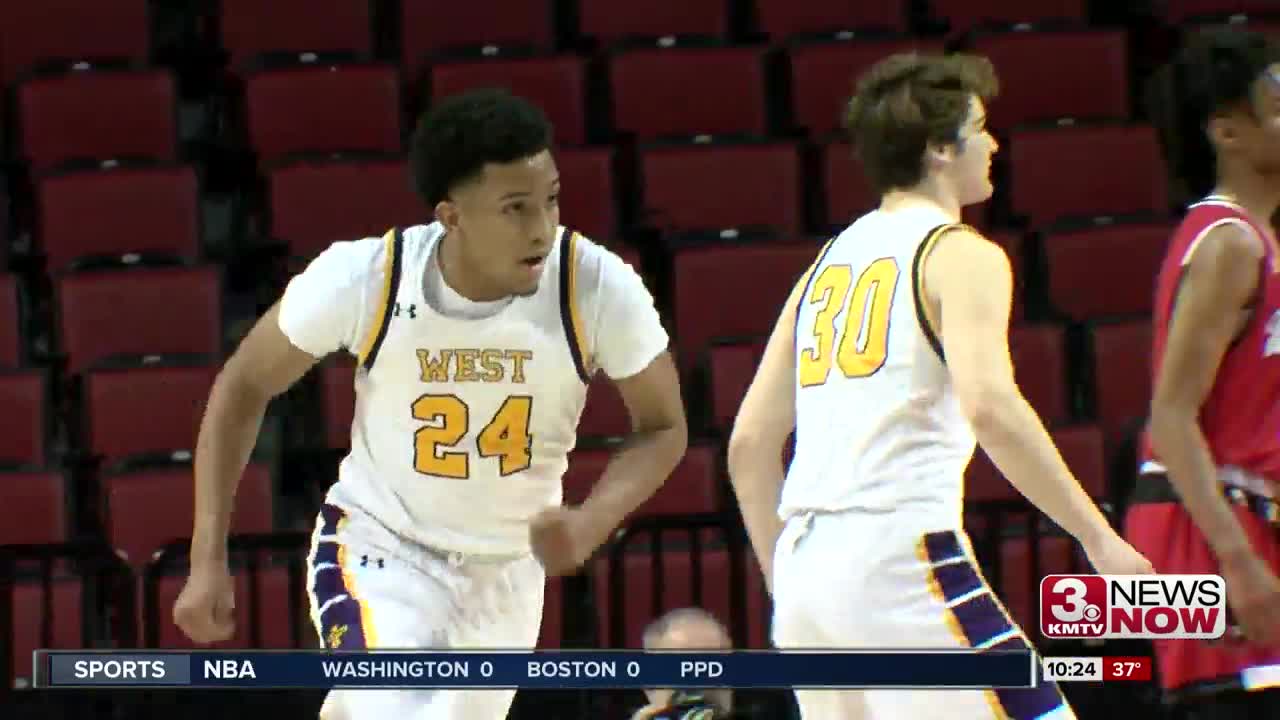 Bellevue West &amp; Millard North advance to Class A title game. Skutt &amp; Roncalli moving on in Class B. Auburn also going back to the championship game in Class C1.

LINCOLN (KMTV) — Top-seed Bellevue West absolutely took it to Omaha Westside on Friday in the Class A semifinals, beating the Warriors, 89-70. The T-Birds' Chucky Hepburn had 28 points, 12 assists and six rebounds in the victory.

In Class B, Skutt Catholic kept its record perfect with a 59-55 win over Elkhorn Mt. Michael. The Skyhawks will meet Omaha Roncalli in Saturday's final. The Crimson Pride came back from a 14 point first half deficit to defeat Scottsbluff, 68-55.

Auburn is also back in the Class C1 championship game as the Bulldogs beat Lincoln Christian on Friday.

Watch all the highlights by clicking on the video above.