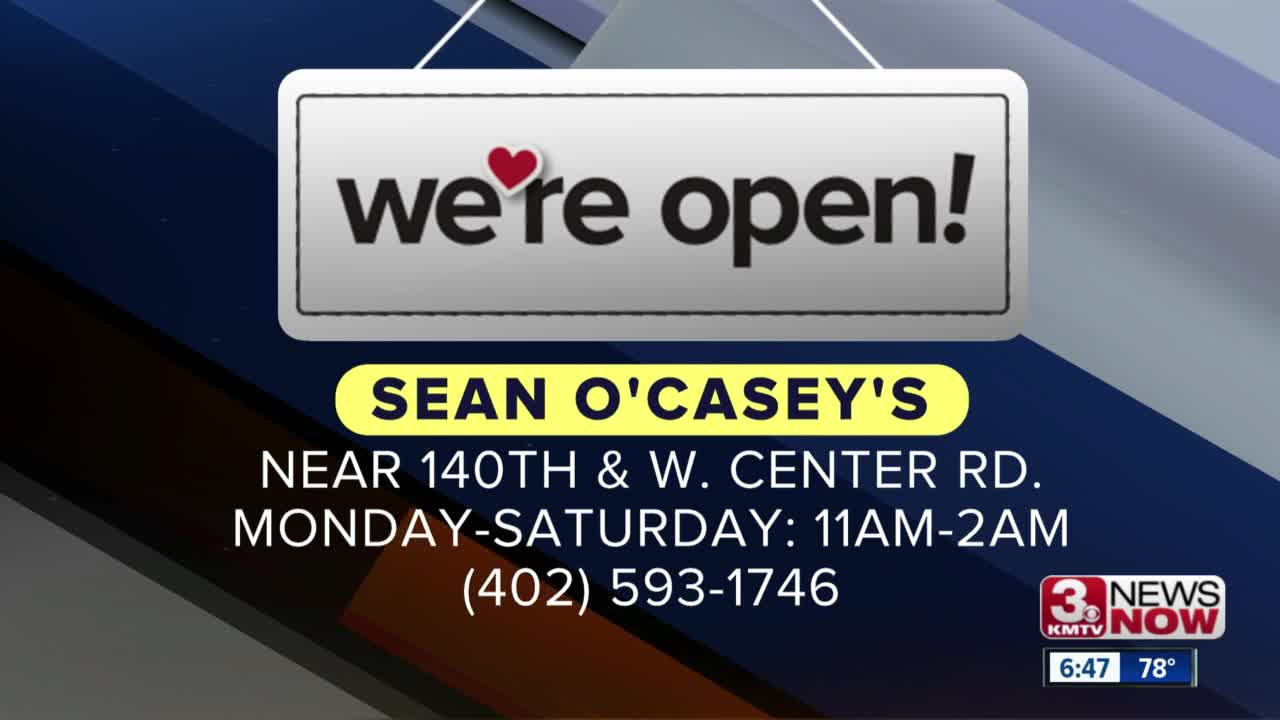 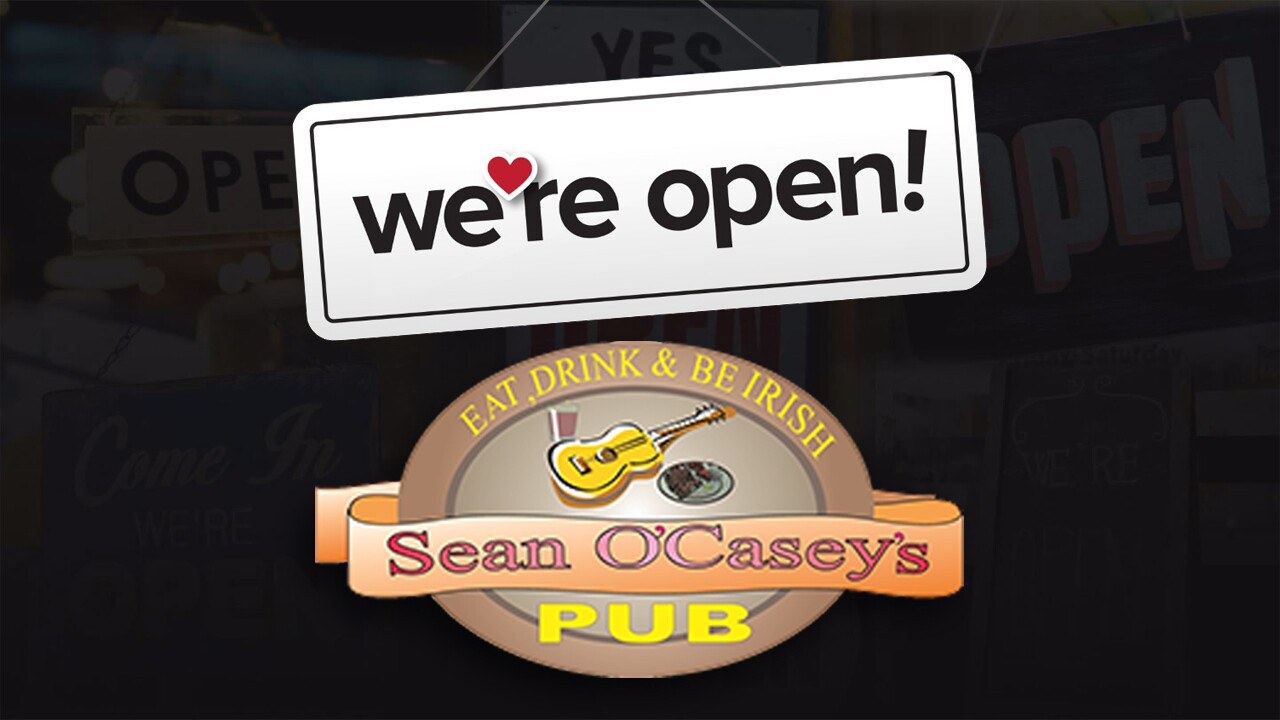 OMAHA, Neb. (KMTV) — Whether you're craving some good pub food or some Irish beer, Sean O'Casey's Irish Pub near 144th and Center is open.

"We're an Irish pub, so we do your typical Irish cuisine, but also that kind of American feel to it and everything else," said manager Ben Jackson."We have burgers and nachos on the menu, but we also do corn beef and cabbage every Thursday. Cottage pie. Fish and chips."

Like most businesses, they shut down due to COVID-19 right around St. Patty's Day in March.

"It was like the twilight zone, there's no question about it," Jackson said. "It was very weird. A lot of people that we did see coming in, especially for carry out orders on the corn beef, it was like a very somber attitude. Of course the nation and the world was scared at that time so no one knew what to think, and it was not St. Patrick's Day."

Jackson says it hit them hard since that's one of their busiest days of the year.

"Especially Irish pubs on that day, they stock for that giant event," Jackson said. "You're expecting thousands or however many are coming in so we were wall to wall on James Whiskey and beers and everything else. So after quarantine hit, we basically became like a carryout restaurant, but also like a kind of slash liquor store."

"We actually had displays set out, selling that extra whiskey or vodka, or even beer by the case," Jackson said.

Jackson says they are constantly sanitizing everything at the pub, and are maintaining social distancing guidelines as they continue with takeout and now dine-in.

"When they went to 50% capacity, we weren't quite making those numbers," Jackson said. "There's a lot of people that are still afraid of the virus, so they're not coming out and drinking like business would've been in the past."

Many Irish pubs have wanted to do another celebration of St. Patty's since many canceled in March, but for now, Sean O'Caseys is focusing on bring all of its staff back and normalizing business.

"A lot of hours were cut, we had to let some people go here and there, but it kept us afloat for the most part, plus we needed to get rid of that stock," Jackson said. "I know there's plans to have a secondary St. Patrick's day in the near future, but it's nowhere in the near future yet."