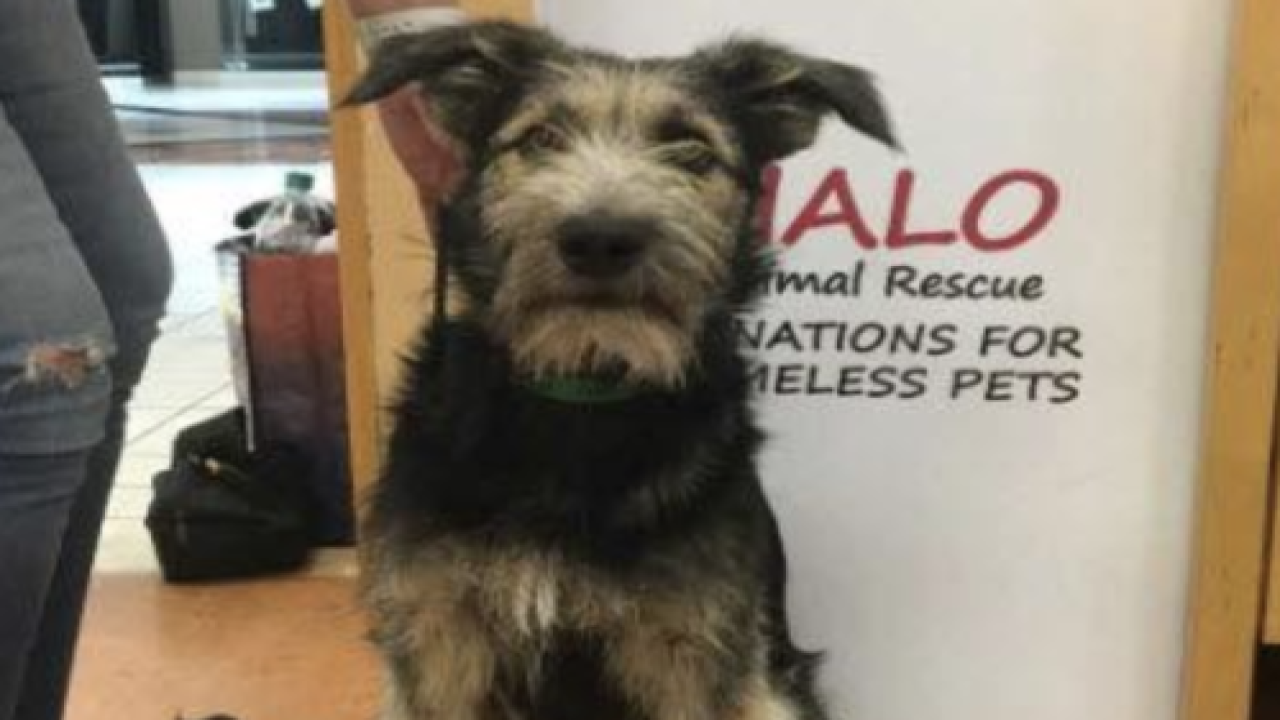 Hollywood’s newest superstar is handsome (of course), playful and a big fan of giving wet kisses. He’s a 2-year-old rescue dog named Monte and he will appear in Disney’s “Lady and the Tramp” live-action remake that debuts on Nov. 12 on Disney+.

Monte, a terrier mix, began his life at a kill shelter in New Mexico and eventually found his way to HALO Animal Rescue in Phoenix, Arizona, according to People.com .

The staff loved him for his affectionate nature and good behavior, like knowing how to sit, AZfamily.com reported. He also seemed to enjoy attention, which is a crucial skill to have in show business!

Fortunately, Hollywood casting agents came calling and scooped him up. More specifically, animal trainers came from Hollywood and sought to find a dog who could appear in “Lady and the Tramp.” Monte turned out to be perfect for the role of the scampish Tramp in the new live-action film.

Disney released the original, animated version of “Lady and the Tramp” in 1955. It’s a sweet love story about a fancy pup named Lady who falls in love with a dog from the wrong side of the tracks named Tramp.

Even if you haven’t seen the original film (you should! It’s very sweet!), you’ve likely seen the famous spaghetti-kissing scene:

For Disney’s 2019 remake, “The Spy Who Dumped Me” star Justin Theroux voiced Tramp while Monte “acts” onscreen. Lady will be played by a cocker spaniel named Rose and was voiced by Tessa Thompson, star of “Creed.”

Here’s a first look of the adorable (canine) pair together:

JUST ANNOUNCED: Get a first look at the live-action Lady and the Tramp and more Disney magic headed to #DisneyPlus in the latest issue of "Disney twenty-three": https://t.co/hQMdeDsF1Y pic.twitter.com/BlYN4gwAlO

Even though Monte is a movie star now, he’s still living a dog’s life. One of his animal trainers adopted him and he reportedly lives an otherwise regular existence. We hope this means lots of treats and belly rubs and being told he’s a good boy.

You can watch Monte, Rose and all the other pups who will appear in the “Lady and the Tramp” remake when Disney launches its new streaming service, Disney+, on Nov. 12.

This story originally appeared on Simplemost . Checkout Simplemost for other great tips and ideas to make the most out of life.

Related stories
Copyright 2020 Scripps Media, Inc. All rights reserved. This material may not be published, broadcast, rewritten, or redistributed.