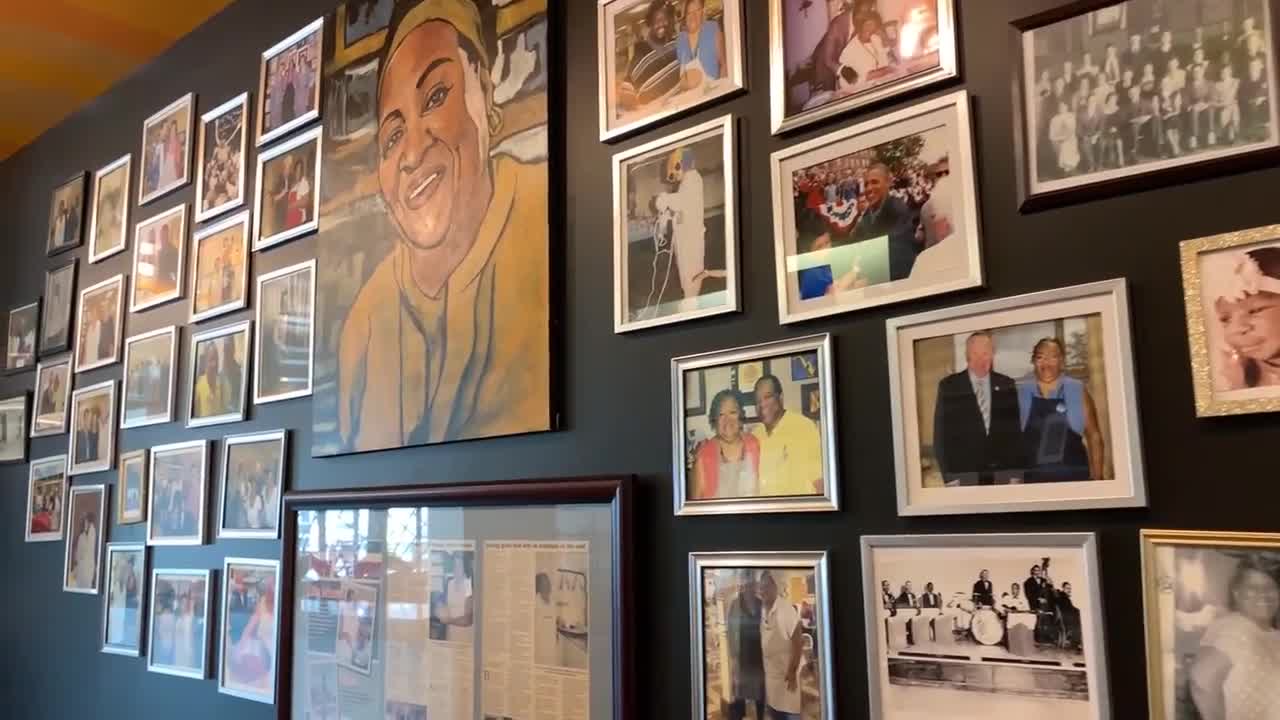 OMAHA, Neb. (KMTV) — The past few weeks, citizens in Omaha have come together to support the Black Lives Matter movement, and now many on social media are asking the community to put their money where their mouth is by buying from black owned businesses.

“Last week we had like a 75 percent increase. It was nuts," said Gladys Harrison, owner of Big Mamma's Kitchen and Catering.

Harrison says she saw such an increase last Tuesday that she had to turn off her online ordering for a while to keep up with the demand.

Harrison says she is happy to see people reaching out and acknowledging these businesses that have worked hard in overcoming discrimination, like how she and her mother struggled to get a business loan in a red line district of the city.

“'Okay, we’re going to give you some money,' but it’s not enough money for us to truly be successful," she explains. "It’s just enough money to hang yourself, you know.”

“A lot of non-call backs, a lot of very odd questions like 'what type of kids, what type of temperament, where are these kids coming from, what part of town?'"

Williams says by creating quality services and connections with his athletes he works to overcome stereotypes.

“So here’s a small business already, and here’s black owned," Williams said. "For me myself, I try to just push through and give the best service no matter who I’m training.”

Brett and Morgan Henderson, owners of Dirty Doodle LLC, also say their pet grooming services speak for themselves, though they say some are reluctant to pay high prices for work done by minorities.

“A lot of our clients are taken back, by the idea that we have these young men, who come from a different class of people who do tremendous work," said Brett Henderson. “And we at Dirty Doodles have invested a lot of time, a lot of energy a lot of financial support into these young men.”

These businesses have been serving the community for many years.

The Hendersons hire workers from the Step Up Program which works to close unemployment gaps for young people in Omaha.

Coach Moe works with programs to offer coaching services to those with lower income.

And Big Mamma’s offers free meals to the community and provides employment for many leaving the prison system.

But now they’re happy to see the community returning the favor, and hope the trend becomes a habit.

“if we want all of Omaha to give the best of itself, then that’s what we’re all going to have to do is support businesses in every part of this city, particularly North Omaha because we’ve been neglected for so long," Harrison said.

For a list of over 200+ black owned businesses visit the 2020 Revive Black Business Directory.