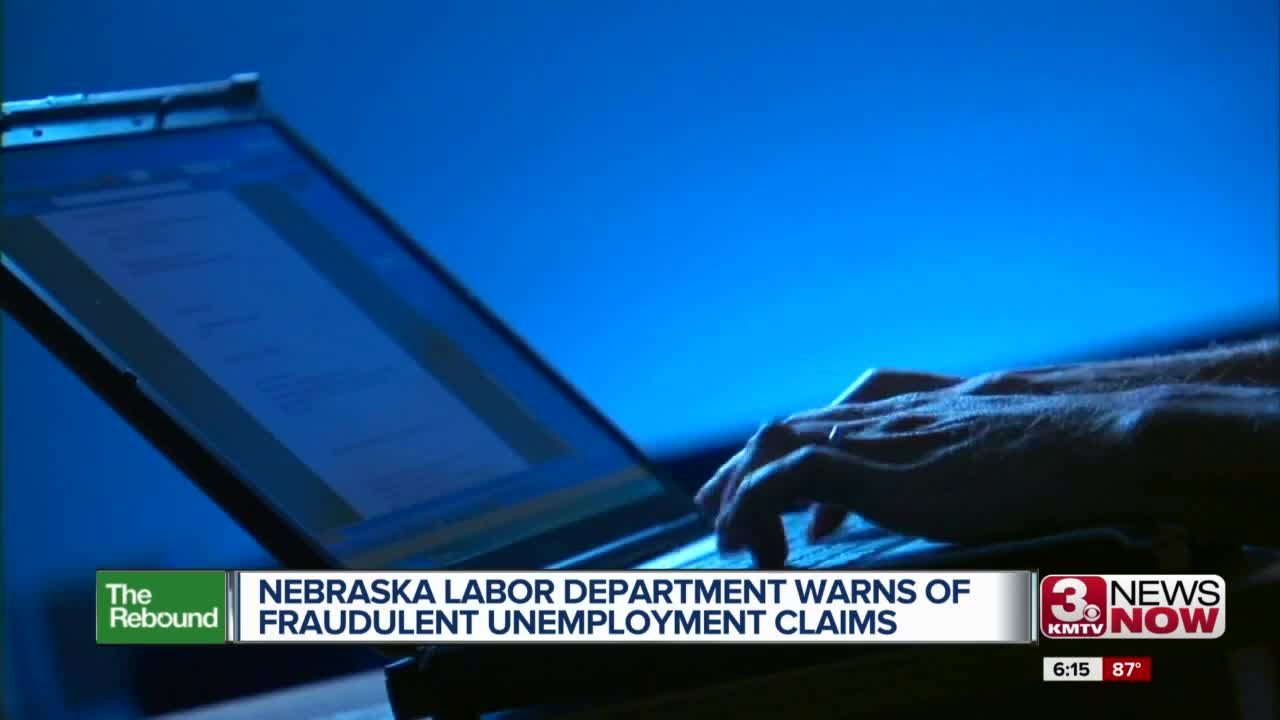 The Better Business Bureau warns that this massive fraud scheme happening in other states could potentially happen here and to stay alert.

OMAHA, Neb. — Multiple states, including Michigan and Washington, have been dealing with a spike in unemployment fraud. Con artists are stealing money reserved for people who lost their jobs during the pandemic.

According to the Secret service, a Nigerian-based crime ring may be to blame for a widespread unemployment insurance fraud scam - affecting thousands of people's personal information and slowing the delivery of benefits to those affected by COVID-19.

In Nebraska there's a steady stream of fraudulent claims the Nebraska Department of Labor is keeping a close eye on, the most common form of fraud being individuals continuing to collect unemployment even after they've returned to work.

Another form of fraud is not returning to work after being called back in by an employer.

The Nebraska Department of Labor has been closely monitoring the uptick in all forms of fraudulent claims, but says we're not seeing the high numbers of actual identity theft from overseas groups, like in other states.

"We're not seeing that level of fraud here. I mean it is probably higher than it normally is," Albin said.

The Better Business Bureau warns that this massive fraud scheme happening in other states could potentially happen here and to stay alert.

"We haven't seen those types of complaints coming in to us from our regional consumers but here's the thing, what we see happening on the coast or in a different region of the country eventually we see it happen here," regional Better Business Bureau president Jim Hegarty said.

The most important thing now is monitoring and protecting your personal information.

To report fraud of an employee continuing to collect benefits and not returning to work e-mail the Nebraska Department of Labor at NDOL.UIworkrefusal@nebraska.gov.