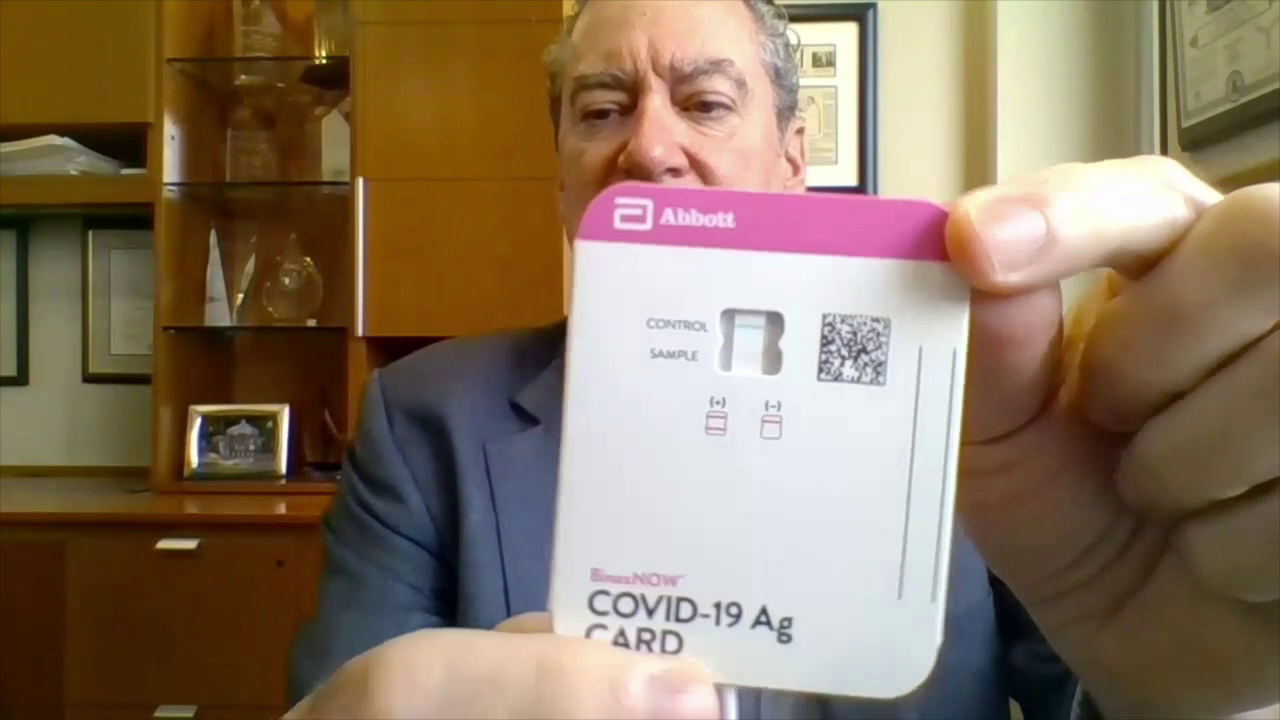 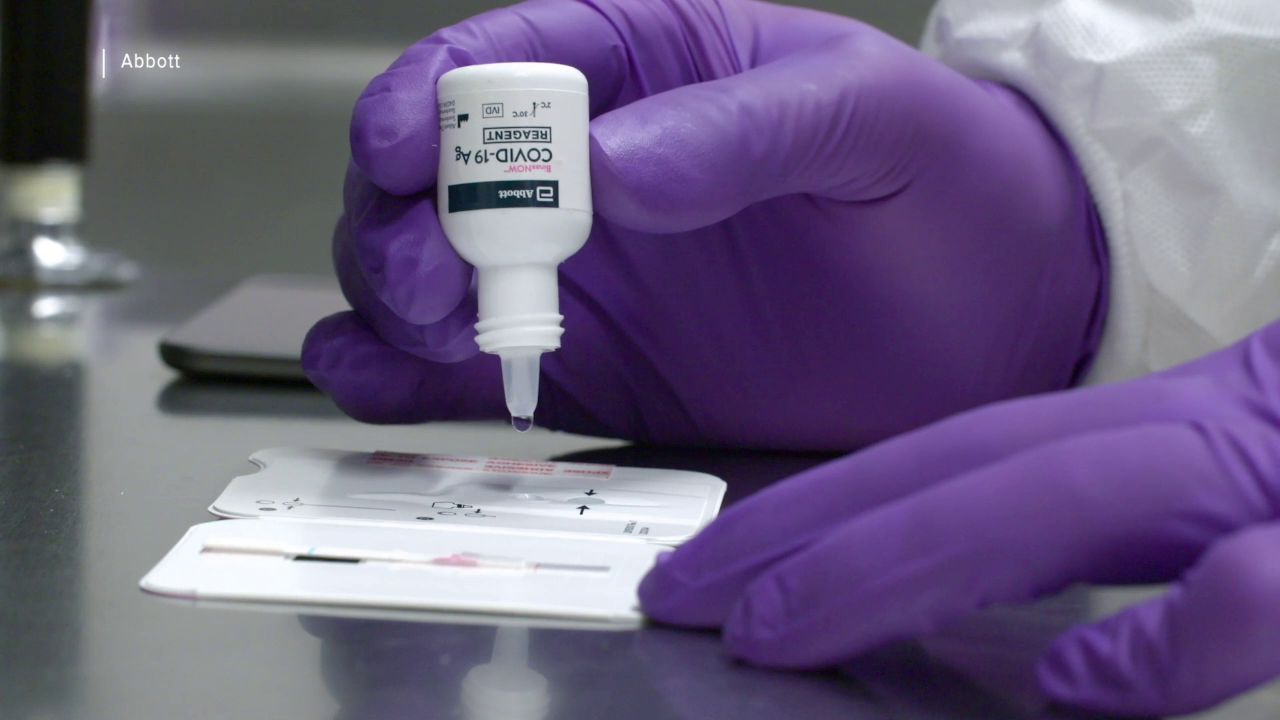 Supply chain bottlenecks, long turnaround times and the looming flu season have many pharmaceutical companies scrambling for a better test.

“There's been a great push and a lot of innovation has gone into developing new tests that might be able to be used in different scenarios,” said Dr. Emily Landon, an infectious disease specialist at University of Chicago Medicine.

“You are receiving a nasal swab and then that swab is directly inserted into the card and there's a small pouch there that it's inserted into. Six drops of a buffer had been placed there prior to putting in the swab,” explained John Hackett, Junior Vice President of Applied Research and Technology at Abbott Laboratories.

And though it does require a health care worker to administer, no specialty lab equipment is needed to process the antigen test. Results are available in about 15 minutes. The cost is $5 apiece.

“So, in 15 minutes you can look at the front of this test and if you see a single line, that would be the control line, and if there's two lines, that would indicate that the individual is positive for SARS-CoV-2,” said Hackett.

The test was granted emergency use authorization by the FDA. It includes an app that allows people who test negative to display a temporary digital health pass for quick screening.

The Trump administration quickly bought up 150 million tests for about $750 million.

Officials say they are already beginning to deploy the tests to states, nursing homes, schools and areas hit hard by recent natural disasters.

“These antigen tests however are fast and cheap, and it can be done really easily,” said Dr. Landon.

Though, helpful in some scenarios, Landon cautions quick antigen tests like this can be less accurate and have a high false positive rate.

“These tests aren't perfect and some of you have been in that situation with strep throat where you find that even if the test is negative that they send off a culture afterwards to make absolutely certain that you don't have strep throat and these tests are kind of similar,” she said.

Still, experts say having a variety of testing options is beneficial. But the gold standard of accuracy remains the deep nasopharyngeal swab tests processed in a lab.