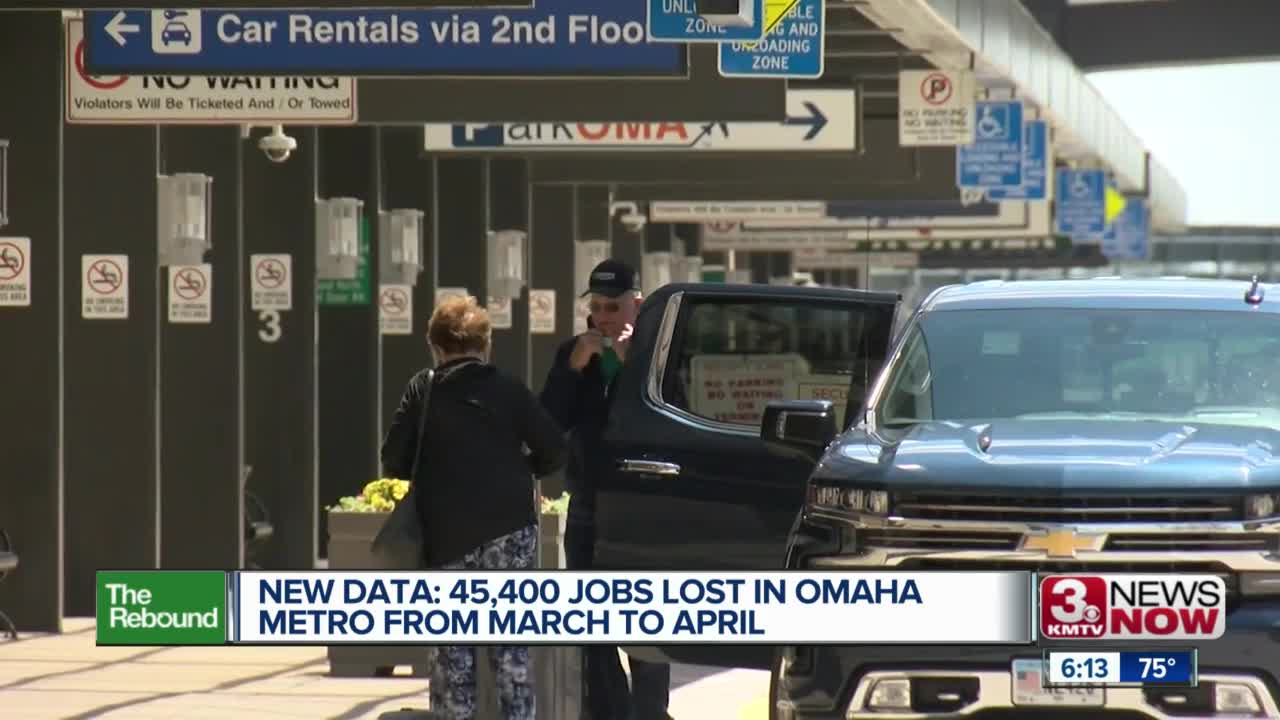 How businesses are planning to rebound from the pandemic.

OMAHA, Neb. — The Omaha Chamber of Commerce has been collecting data on economic trends during the pandemic. April was a tough month for jobs in the metro as hospitality and transportation industries took a hard hit and business owners are feeling the heat.

West Lanes Bowling Center has been in Michael Pirruccello's family for quite some time.

"65 years strong. September 1 is going to be our anniversary," Pirruccello said.

As the owner he had to furlough all his employees during the height of the pandemic. But with the help of the CARES Act and the Paycheck Protection Program (PPP), he has been able to bring them all back and the bowling alley is able to continue its long legacy.

"It's been a little bit of a ride but I think that it's going to be alright," Pirruccello said.

According to newly released findings from the Greater Omaha Chamber, Pirruccello isn't the only one going through tough times. The metro area saw a decrease of 45,400 jobs from March to April of 2020. The hardest industries hit being leisure and hospitality (-18,200) and trade, utility and transportation (-7,900).

The data shows that Eppley Airfield saw a dramatic decrease in passengers.

"The airport authority has not furloughed or let go of any employees. In fact, one of the provisions of the CARES Act is that we have to retain at least 90 percent of our staff through the end of the year," Steve McCoy with the Omaha Airport Authority said.

The Omaha Airport Authority received a $32.8 million grant through the CARES Act and has been able to keep moving forward. But business has slowed down nonetheless.

"The beginning of June we typically would average about 8,400 departing passengers a day from Eppley Airfield. Last week we were averaging about 1,400," McCoy said.

The statistics are jarring. But Eppley Airfield along with other businesses are getting back to work as restrictions loosen, taking extra safety and health precautions but moving forward - as Omaha does best.

"Omaha is a decent, smart, tough town. The people have been really, really good to us for 65 years. And drawing from that experience I can say with certainty that when we come out of this pandemic, not only will we come out of it together but we'll definitely come out of it stronger," Pirruccello said.