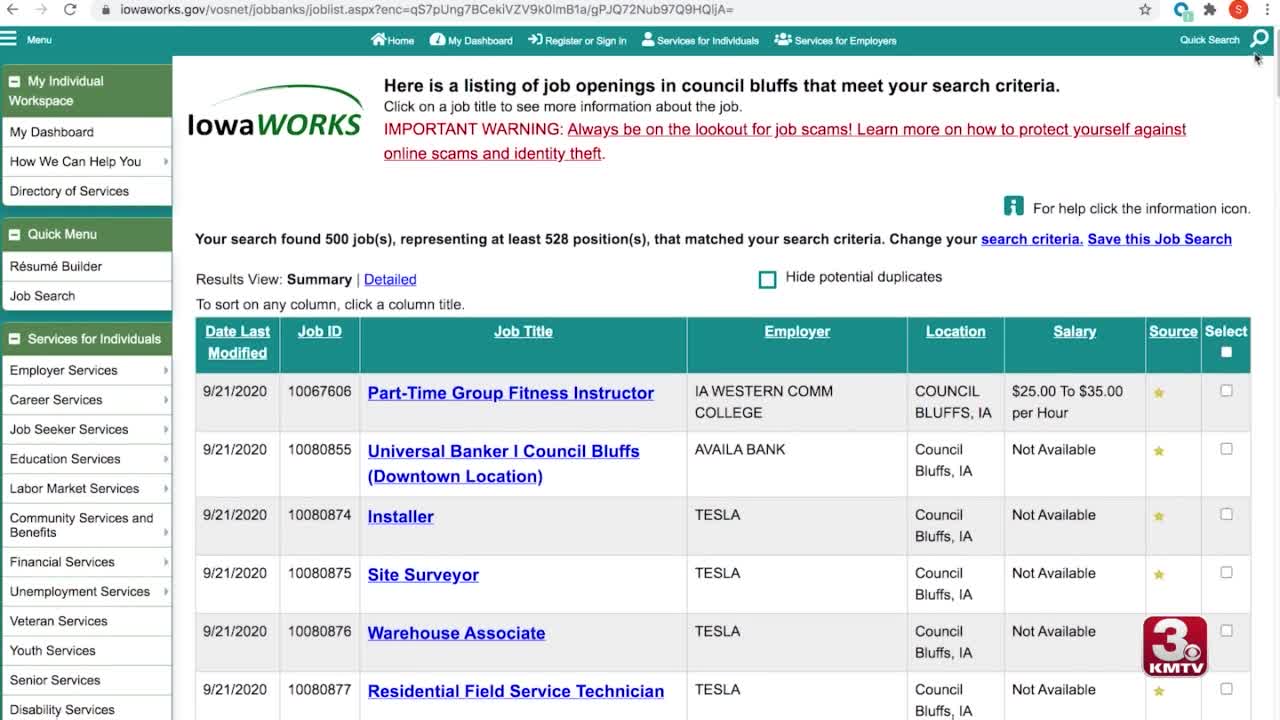 Unemployment claims are also dropping in Pottawattamie County. During the week of September 12, the county received 1,171 continued claims; about 150 less than the previous week.

There are about 1,100 jobs posted online in Council Bluffs right now and 500 on the Iowa-Works page.

“As we go and talk to employers, they’re always having issues with workforce development,” Kamp said. “That piece that is the toughest part is upscaling people. It’s that gap between the low skill and medium skill and how do you bring those people along to fill those positions.”

“Apprenticeships are another piece, where you have to meet certain parameters the state provides, but then you can get some training to get some training in a specific industry or sector. Those are things that are really important right now and the state is throwing a lot of support behind,” Kamp said.

A.J. Loss, board member, said they would like to increase the catalog of online training programs by 50-percent over the next three years. He also said we need to increase the number of people getting a post-secondary education.

“The goal would be that 70% of folks in Iowa would have post-secondary education attainment by the year 2025,” Loss said. “And that we would reduce the state’s unemployment rate by 3% because we are really putting to work those low skill employees with education and training that’s provided to them or maybe they don’t even know exists.”

Other programs to consider include the Iowa Industrial New Jobs Training Program 260E and 260F.