A mobile nail bar isn't slowing down during COVID 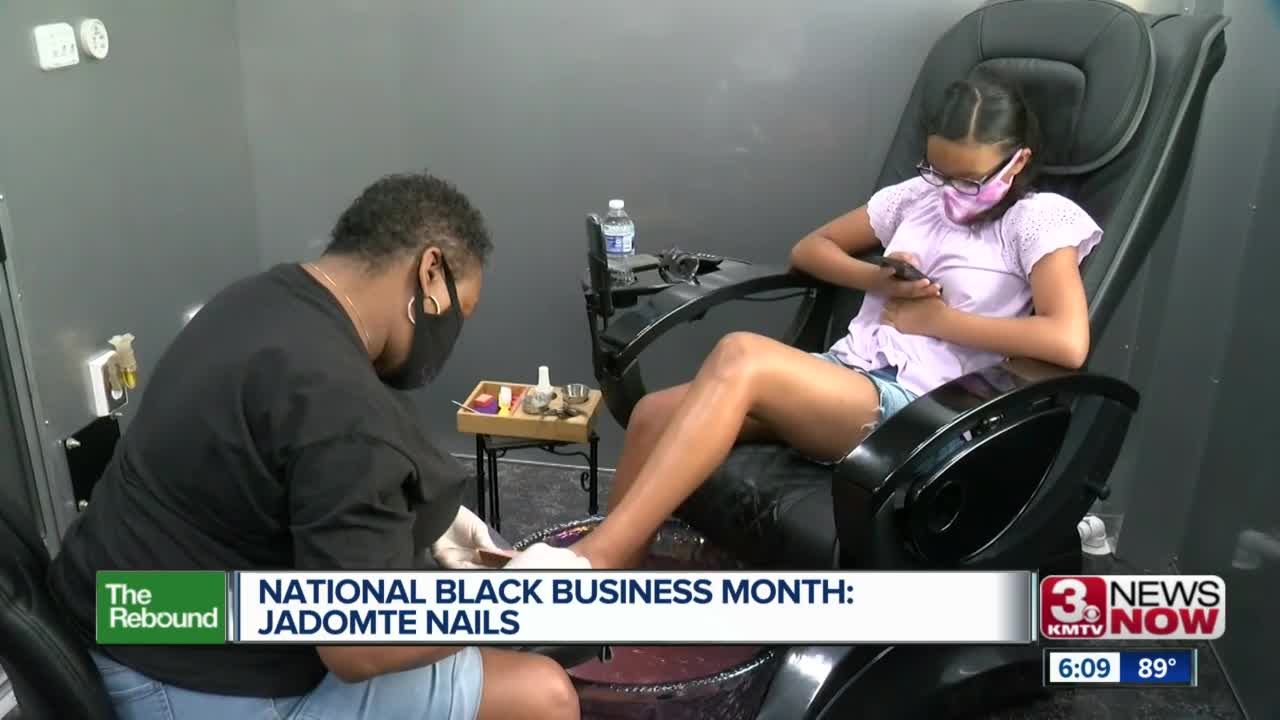 How one Omaha woman is staying afloat after losing her job.

OMAHA, Neb. — When one Omaha woman got laid off from her corporate job, she just couldn't sit still. Within a year she opened up her own business, Jadomte Nails.

"I was in corporate America and I was laid off. I had a friend maybe three years prior to being laid off who did nails. And she would always ask me how to build her clientele and I would give her ideas and she would never listen. So I said, 'You know what if I ever need a job I'm going to open a nails salon,'" owner of Jadomte Nails Sabrina Mahupete said.

Mahupete is now grateful that friend hadn't listened to her advice because Mahupete took it and opened up Jadomte Nails only a year after getting laid off. But this is no ordinary nail salon - it runs on wheels. The mobile nail bar comes to neighborhoods where appointments are made.

The name Jadomte is a play on all the names of her children and husband, a true family affair. Last October when she opened up she was excited, but only five months later, the pandemic hit.

"I opened while it was slow on purpose and then as soon as it started to pick up, I had to shut down," Mahupete said.

But now Mahupete is back in business and busier than ever. A mobile nail salon that only fits a few people makes others feel safe.

"I'm glad it's just right here, it's private, there's only one other person that could be here at the same time," customer Ameshia Doll-Weier said as she got a pedicure.

It's not only safety, people are supporting the business because it is Black-owned.

For National Black Business Month, Facebook is also supporting Black businesses by offering free webinars and tools to succeed. It's something Mahupete hasn't taken advantage of yet, but says she would consider to take her business to the top.