Suspect in nearby shooting incident dead 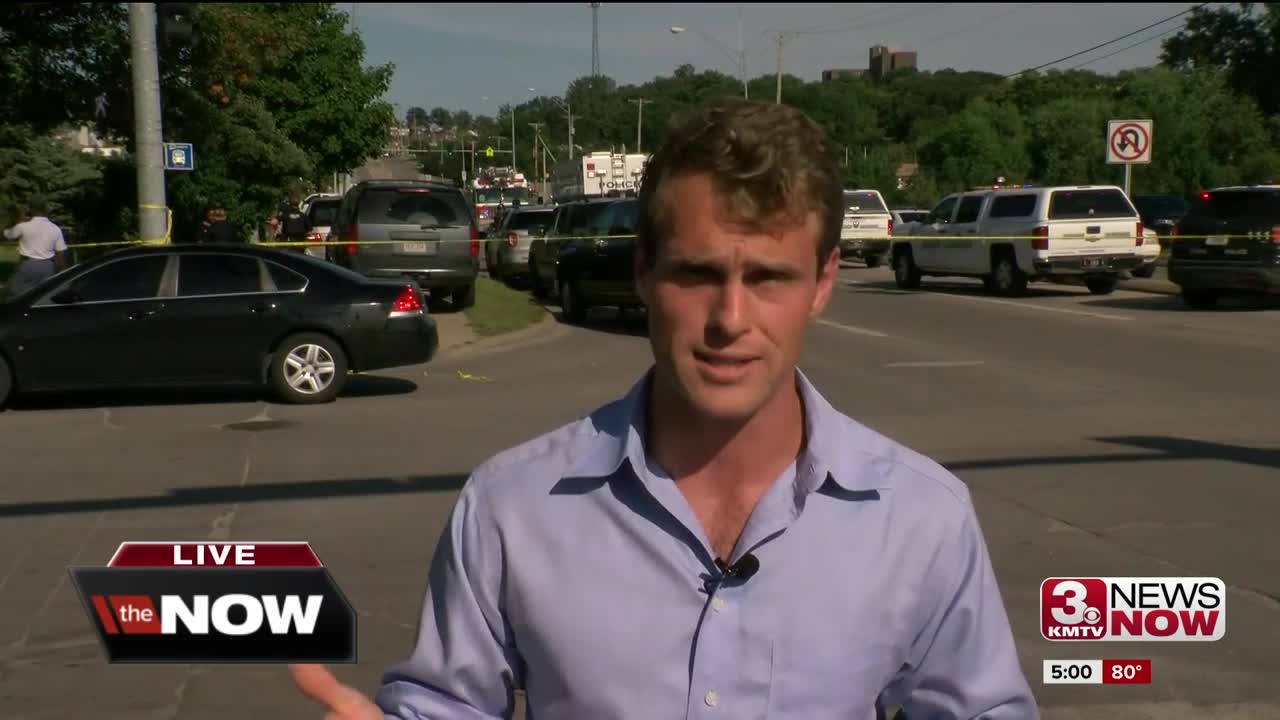 Why police have closed down the area of 65th and Sorensen.

OMAHA, NE — UPDATE August 23: The suspect has been identified as 49-year-old Terrance Newsome by police. They say three shots were fired by Newsome through the front door and one additional shot appears to have been self-inflicted.

Police now say the incident is over after the suspect killed himself. The nearby schools are no longer in a lockout.
Police say they entered an apartment where the suspect who shot at police was holed up, and found that he had shot himself.

Roncalli Catholic High School and Nathan Hale Magnet Middle School are on lockout as police are on scene nearby looking for a shooter.

There is a heavy police presence in the area of 65th and Sorenson Parkway, and the parkway is closed in both directions in the area. 3 News Now reporter Jon Kipper is on scene, and reports that someone shot at police when they were trying to find someone at the Sorenson Square apartment complex. No one was hurt, but police believe the shooter may still be inside the complex, which is near the two schools.

No shots were fired on the campus of either school, but the school campuses have been secured for the safety of staff and students, and police are working on trying to get the students at both schools out and home as soon as possible.

Waiting on police to update us at this point. Now seeing an OPD armored vehicle and a bomb response team vehicle as well.

Police on the scene tell us that they were checking up on a warrant for kidnapping out of California. When they arrived, they say a shot was fired at them.

Police have no reason to believe that the victim is inside and are currently in a standoff situation with the suspect.

Nathan Hale provided the following email to parents regarding the situation:

We would like to inform you of a situation that occurred this afternoon. At approximately 3 p.m., Nathan Hale received a call from the Omaha Police Department to place the school in lockout due to police activity in the area. During a lockout, all exterior doors remain locked and no one is allowed in or out of the building but classes resume as normal inside the building.

All OPS schools regularly practice safety drills, including lockout procedures. We emphasize that the safety of students and staff is our top priority.

Thanks you for your continued support of Nathan Hale Magnet Middle School and Omaha Public Schools.