Deer & vehicle collisions tend to increase this time of year 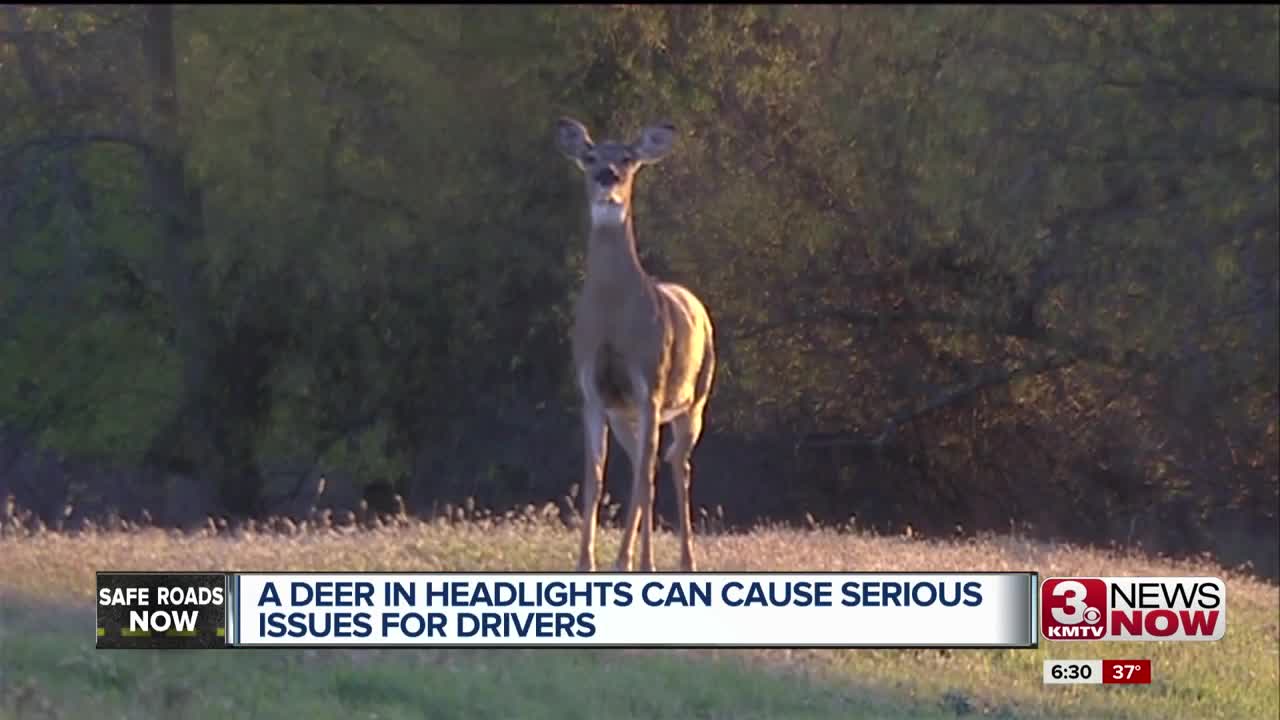 OMAHA, Neb. (KMTV) — Deer are very active right now and because of that you may see them near, or on roads. If you're not paying attention, you could hit a deer, causing damage to your vehicle or even worse.

"This is the time of year when deer are so active, this is their period called the rut, this is their breeding time," says Greg Wagner with the Nebraska Game & Parks Commission. Deer are low light or night time animals and with sunlight disappearing sooner, it can cause them to end up in places they wouldn't normally step. "When their hooves hit pavement they become extremely disoriented, it's not a natural thing for them," says Wagner.

This can cause them to be more active around roads, and may result in them darting out in front of cars. "Especially during rush hour periods, around sunrise, around sunset deer are coming and going and also at night time," says Wagner.

So how can you avoid a collision? There are a few tips to keep in mind. "Turn your high beams on early in the morning and late at night," says Captain Wayne Hudson with the Douglas County Sheriff's Office. He also says the deer's eyes will reflect in your car's lights, warning you they are close by.

If there is one deer, keep in mind there are probably more. "If you see one deer, know and understand more than likely two or three more don't be distracted once you see first one," says Hudson.

Make sure to not speed, especially around waterways that intersect with roadways, because that is where they tend to be. Sometimes you can't avoid a collision, and if that's the case, it's best not to swerve.

"We've had individuals unfortunately perish where they've hit another vehicle been involved in a rollover went down through a ditch through a fence, it's when we have swerving that really adds to the potential for fatalities for deer," says Wagner.