How long it takes to patch a pothole in Omaha 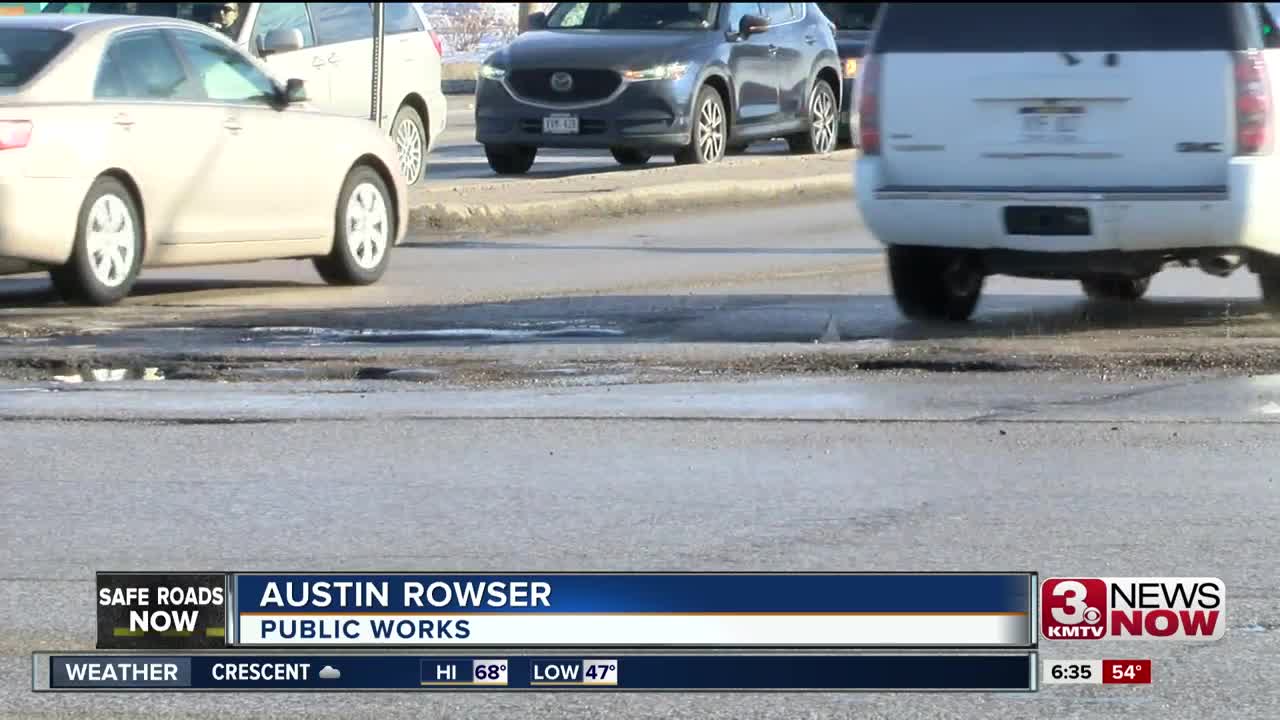 OMAHA, Neb. (KMTV) — From January through April, the city of Omaha received more pothole complains than all of 2015-2018 combined. So far this year, the city has received more than 31,000 complaints.
Last year the average response time was around seven days. Austin Rowser with Omaha Public Works says right now, that time has more than doubled.

“We’re trending around two, two and a half weeks,” said Rowser.

Response time ranges from as fast as the same day to taking more than 80 days to close a work order.
“One of the things we talk about internally in street maintenance is ‘worst first’, and then address the backlog,” said Rowser.

This includes tackling the roads with the most traffic and a higher speed limit.

Mayor Jean Stothert says weather has been terrible, but another big issues is the roads and fixing the roads isn’t cheap.

“It would cost between 800 and 900 million dollars,” said Stothert.

While Stothert says the city needs more money than it currently has, she does not have a definitive answer on how the city will pay for this.

“All along, what I have said is what we have done so far is made it a priority and done that without raising taxes. And that’s what we are trying to do... I can’t answer a hypothetical question right now. I’m not going to answer a hypothetical question right now. We need a lot more information. A lot more public engagement. A lot more information from the public before we can decide what we’re going to do,” said Stothert.

The mayor says she plans on hosting several town hall meetings before having any discussions on where this money will come from, but that she is interested in implementing a pavement maintenance program.

Last week 3 News Now asked the city for an updated list of all the reported potholes for the month of April. In the last month, the city had nearly 14,000 complaints. More than 5,000 of those complaints had not been closed yet.