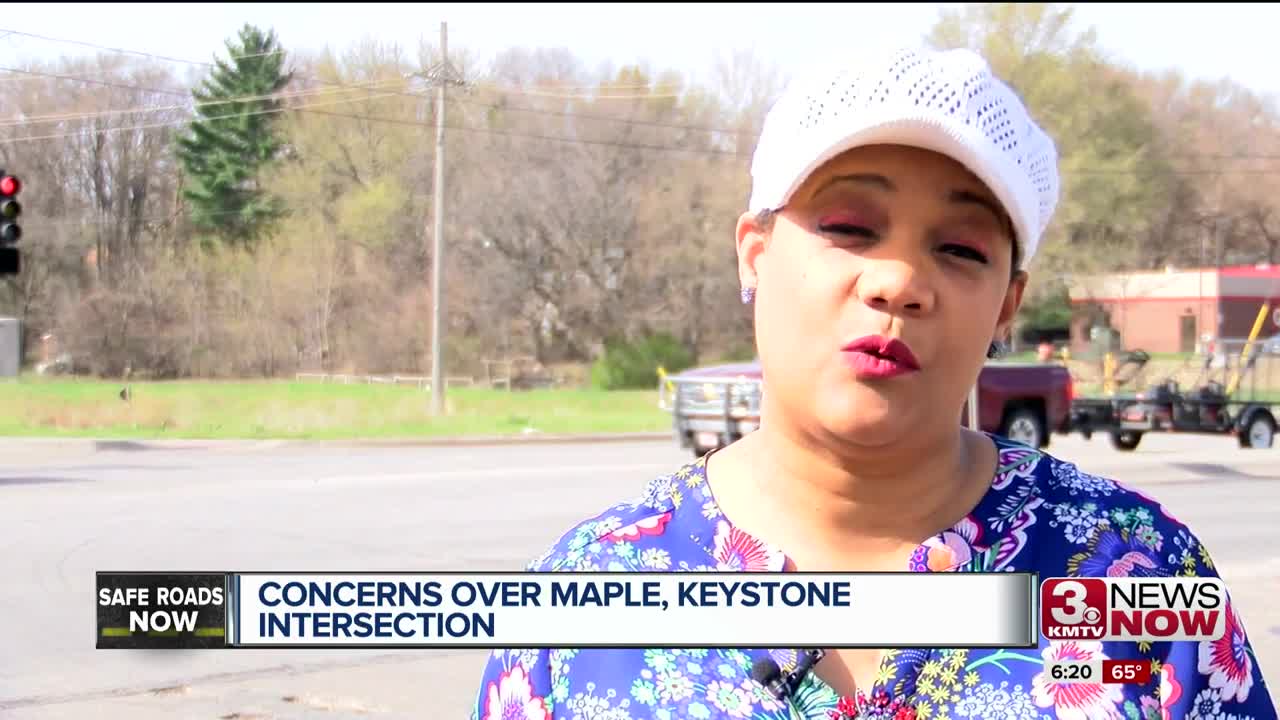 OMAHA, Neb. (KMTV) — Red light runners are not uncommon around Omaha. Belinda Jackson drives Keystone Drive and Maple Street everyday to take her daughter to and from school. She says the problem has gotten worse.

In the last six months, she's almost been hit twice.

Then one day it happened.

"A car clipped me when they made their run through the red light," Jackson said.

She says she'd like to see a study done on the dangers of the intersection or a camera put up to deter red light runners.

"I mean there is a problem here something needs to be done about it before someone gets hurt," she said.

The city says there isn't a long history of collisions at Keystone and Maple or red light crashes. It hasn't received a formal complaint.

Public works is considering to monitor the area but for a different reason.

There was recently new barriers put in on the bridge west of Keystone Drive and the reflectors have possibly caused a couple of crashes. The late night flashing traffic lights hitting the reflectors may be an issue.

The city will compare data from before the bridge project to see if a study needs to be done. The city says the intersection does have older equipment, but that didn't contribute to any problems.

"I don't want anything to happen to me, my daughter," she said.