All these years later, Huskers vs Buffs still a grudge match 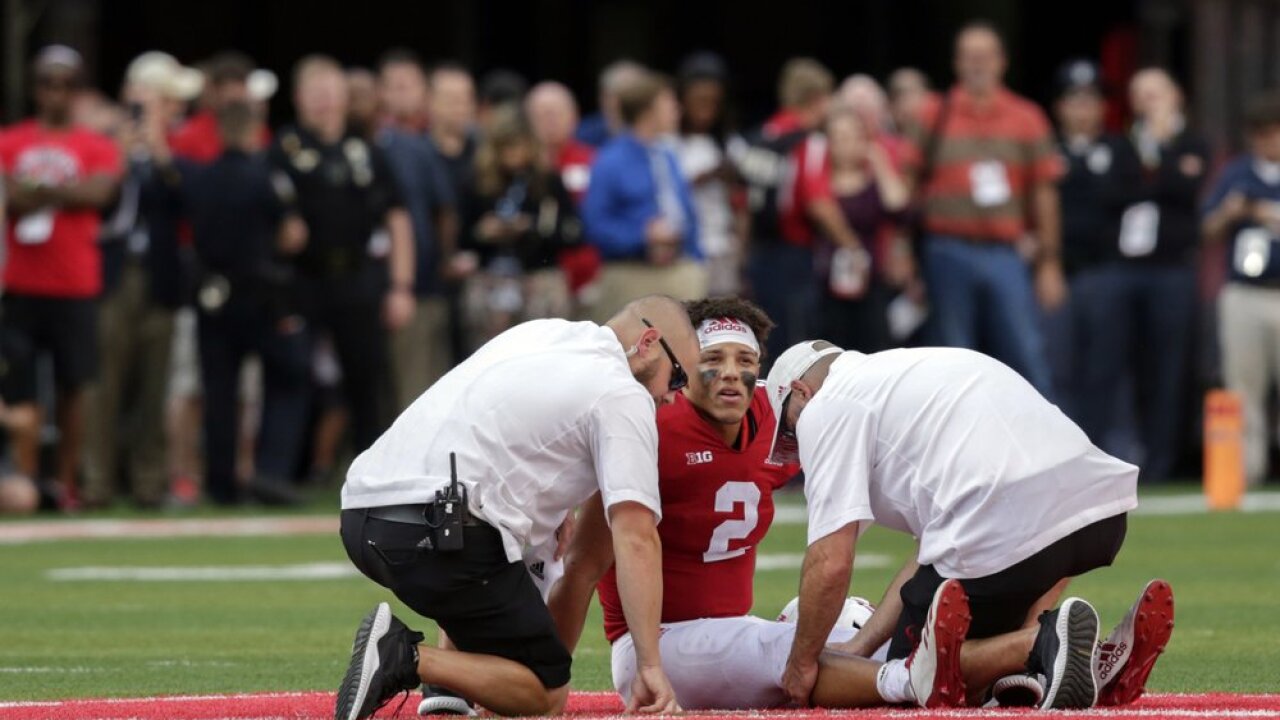 (Copyright 2020 The Associated Press. All rights reserved. This material may not be published, broadcast, rewritten or redistributed.)
(AP Photo/Nati Harnik, File)
FILE - In this Sept. 8, 2018, file photo, trainers examine injured Nebraska quarterback Adrian Martinez (2) during the second half of an NCAA college football game against Colorado in Lincoln, Neb. Nebraska has circled this week&#39;s game against Colorado on the schedule, and not just because the teams are former Big Eight/Big 12 rivals. The Cornhuskers are looking to avenge last year&#39;s loss, when they squandered a second-half lead and the Buffaloes injured Adrian Martinez. (AP Photo/Nati Harnik, File)

LINCOLN, Neb. (AP) — It’s going on a decade since Nebraska and Colorado went their separate ways because of conference realignment, and current players weren’t born yet or can’t remember when the series was one of the most competitive in the old Big Eight and Big 12.

The vibe at the Cornhuskers’ weekly media availability Monday was that the rivalry is still alive heading into the teams’ nonconference game in Boulder, Colorado, on Saturday.

Nebraska players know their history, and they also went through the emotion of last year’s game in Lincoln. Not only did the Huskers squander a second-half lead and lose, they suspected a knee injury to quarterback Adrian Martinez in the fourth quarter was no accident.

“I know there’s not a lot of love,” linebacker JoJo Domann said. “Back in the day both teams were pretty good, competing for championships, and I think Nebraska got the better of them. Hopefully, we can keep that trend going here.”

Domann added, “You treat it like any other game. Nameless, faceless opponent. Yeah, we dislike these guys a little more than some other teams. But we’re going to take it to them Saturday like we would anybody else.”

No. 24 Nebraska will be playing at Folsom Field for the first time since 2009. The teams’ final game as conference mates was in 2010. The Huskers then headed to the Big Ten and the Buffaloes to the Pac-12.

Both teams opened this season with wins. The Huskers beat South Alabama 35-21, and the Buffaloes beat Colorado State 52-31.

Last year, the Huskers fell behind by two touchdowns, led 28-20 in the third quarter and lost 33-28 on Steven Montez’s touchdown pass to Laviska Shenault Jr. with 1:06 remaining.

Nebraska nose guard Darrion Daniels said watching video of the game left him seething. He played for Oklahoma State last year, but his brother Damion was with the Huskers.

The injury to Martinez was suspicious, and Nebraska sent video of the play to the Big Ten and Pac-12 offices for review. Coach Scott Frost said last year he suspected the injury occurred in the tackle pile after a short run, citing his view of the play from the sideline and video not available to the public.

Outside linebacker Jacob Callier made the initial hit, and still plays for the Buffs, but Frost has never said who he thought injured Martinez. The Pac-12 did not take disciplinary action. The injury kept Martinez out of the following week’s loss to Troy.

Cam Taylor-Britt smiled as he was being asked Monday about the Huskers’ view of the Buffs after what happened to Martinez.

“Yeah, it’s a target on their head,” Taylor-Britt said.

Martinez, who was not sharp in the win over South Alabama, said he hasn’t dwelled on the injury or the circumstances around it.

“There’s really not too much to remember about it for me,” he said. “It was unfortunate. It’s football. Injuries are part of the game. I moved on after that.”

Frost grew up in Nebraska and quarterbacked the Huskers against Colorado twice, winning in 1996 and ’97. He knows emotions run high, but he can do without the trash talk.

“I’m not crazy about using those types of things as motivation for our team,” he said. “We should have motivation enough.”

Frost pointed out that Colorado has a new coaching staff, led by Mel Tucker, and that what happened last year is irrelevant.

“But,” Frost said, “I think any time Nebraska plays Colorado, there’s going to be a little more juice on both sides.”