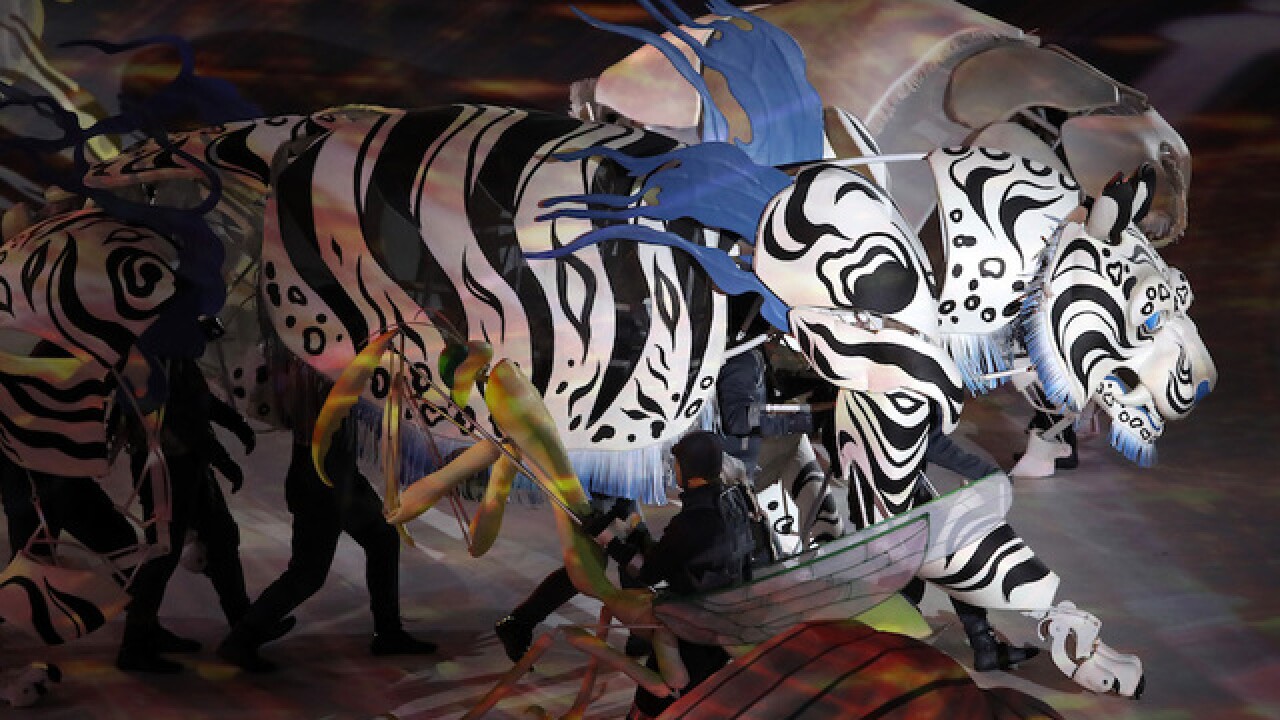 South Korean President Moon Jae-in shook hands with Kim Yo Jong, the sister of North Korean leader Kim Jong Un, as geopolitics and sporting endeavor merged at the opening of the 2018 Winter Olympics in Pyeongchang.

Minutes into a spectacular opening ceremony, Moon greeted a number of world leaders including Kim Yo Jong and North Korea's 90-year-old ceremonial head of state Kim Yong Nam, the head of the North's Olympic delegation.

Kim Yo Jong is the first member of the North's ruling dynasty to visit the south since the end of the Korean War in 1953. Even months ago, such an encounter would have been unthinkable.

The two figures from opposite sides of a divided Korea watched as athletes from their respective nations marched together under a unified flag. Mike Pence, the US Vice President, who has been vocal in his criticism of North Korea in the runup to the Games, sat meters away.

The presence of Kim, who was promoted to the country's Politburo, the senior body of North Korea's communist party, as an alternate member last year, represents a hugely significant move in the thawing of relations between the neighbors.

According to diplomatic sources, there is a "good chance" Kim will invite Moon to visit Pyongyang "sometime this year."

While the sources say "nothing is final," a visit by Moon to North Korea would be the first time a South Korean President has stepped foot in the country since 2007.

That invitation could come when Moon and Kim will meet for lunch at the Blue House on Saturday, after the meeting was confirmed by a South Koeran presidential person.

A potential date could be August 15, the day Korea was liberated from Japanese occupation in 1945, a holiday marked by both Koreas.

Both watched on as the united Korea team entered the arena under the unification flag. The entire ceremony drew on themes of peace and unity.

The Korean Unification Flag features a blue silhouette of the peninsula and outlying islands. The two countries have marched under the flag before, in rare shows of unity, first at the 1991 World Table Tennis Championships, and at a number of sporting events since. It was most recently used at the 2006 Winter Games in Turin, Italy.