Copyright 2018 Scripps Media, Inc. All rights reserved. This material may not be published, broadcast, rewritten, or redistributed.
Ezra Shaw
<p>OAKLAND, CA - JUNE 19: Nick Gilbert, son of Cleveland Cavaliers owner Dan Gilbert, holds the Larry O'Brien Championship Trophy after the Cavaliers defeated the Golden State Warriors 93-89 in Game 7 of the 2016 NBA Finals at ORACLE Arena on June 19, 2016 in Oakland, California. NOTE TO USER: User expressly acknowledges and agrees that, by downloading and or using this photograph, User is consenting to the terms and conditions of the Getty Images License Agreement. (Photo by Ezra Shaw/Getty Images)</p>
By: Kaylyn Hlavaty
Posted at 7:38 AM, Feb 12, 2018

The son of Cleveland Cavaliers owner Dan Gilbert is set to undergo a major brain surgery this week at a Detroit-area hospital, according to ESPN.

Nick Gilbert, 21, was born with a condition called neurofibromatosis, more commonly known as NF, which causes tumors to form on nerve tissue.

Gilbert became known to Cavs fans when he served as the team's representative at the 2011 NBA Lottery wearing a bow tie and thick, dark-rimmed glasses. That was the draft the Cavs snagged Kyrie Irving at No. 1. 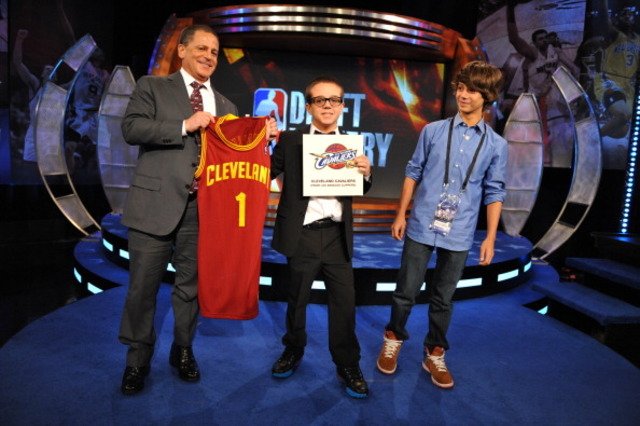 More than 10 years ago, Gilbert had one life-saving brain surgery. He has undergone chemotherapy treatments.

The Cleveland Cavaliers offered support to Gilbert on Twitter as he prepares to undergo surgery.

What's not to like? The genetic disease NF1. That's what. And that's why we're behind Nick Gilbert as he battles hard. Get 'em Nick! We're cheering for you all the way! Always. #AllForOne #OneForAll @ChildrensTumor