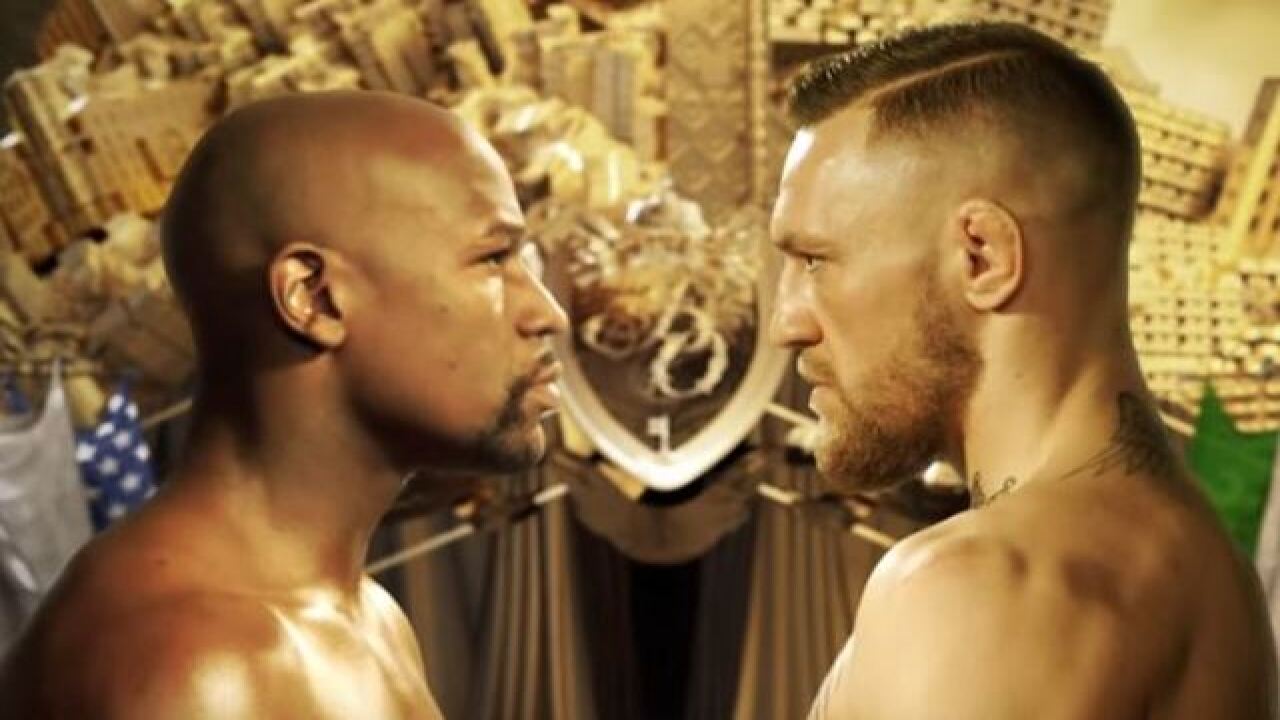 LAS VEGAS — Floyd Mayweather and Conor McGregor spoke about their fans and their preparation for the big fight on Saturday during their grand arrival events at the T-Mobile Arena.

Mayweather said that he owes the fans an exciting fight and that he's happy that this fight with McGregor is his 50th and final fight. Mayweather also talked about how his training schedule has changed since he's gotten older.

"With being older now, the body needs a lot of rest," he said.

A local Mayweather fan says the fight won't even be a contest.

McGregor, who was supposed to arrive first, showed up after Mayweather.

McGregor said of Mayweather, "I believe he'll be unconscious inside of one round."

He also spoke about the enthusiasm of his Irish fans coming to Las Vegas for the fight.

He said, "You can't beat the Irish fans, we're here to take over the whole city."

One McGregor fan, Kate Foley, said it was a dream come true to shake his hand at the event.