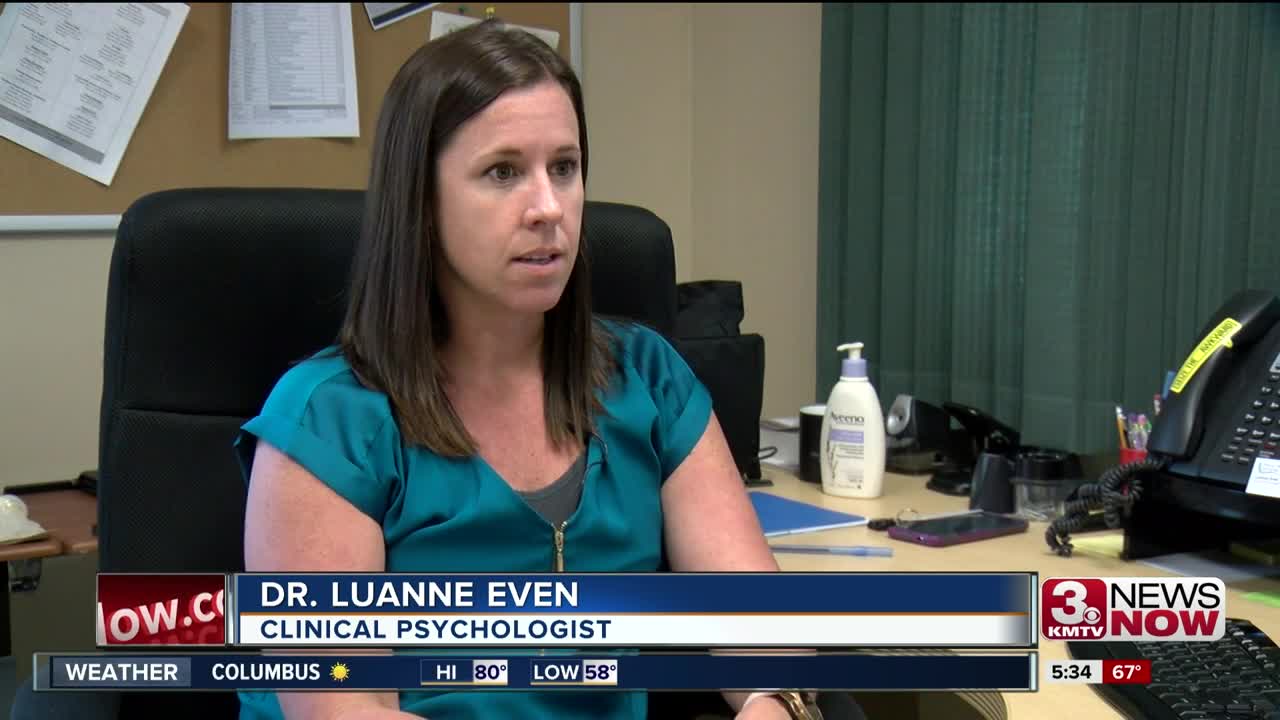 "Suicide is a health issue. It's not a character flaw, and it's not a weakness," said Jennifer Moffett, AFSP Nebraska Chapter Board Co-Chair.

Suicide hits close to home for Moffett, who lost her stepfather to depression in 2004.

"We had no idea about warning signs we should be looking for in our loved ones, so it came very much as a shock," said Moffett. She added that her whole life changed ever since her loss. She spent almost a decade after his death trying to piece together why he took his life.

The Kim Foundation released a report stating that in the Omaha metro area there were 89 reported deaths by suicide last year, with over three quarters being men and the rest women. The AFSP said if people were aware of how to handle those thoughts, those numbers can decrease.

Dr. LuAnne Even, a clinical psychologist, said that people focus on the 800,000 deaths by suicide worldwide every year, and just over 47,000 in the United States, but don't realize that "for every single death we have 25 attempts, so that means that even though your child isn't struggling they know someone who is."

Depression can affect a person at any age, including children who may not know how to ask for help. Dr. Even advises parents to talk to their children if they suspect their child is depressed, even if it may feel like a tough or embarrassing conversation.

"The best thing to do is be understanding, and to meet people where they're at, and just listen to them when they're experiencing these kinds of feelings, and don't make judgments," said Moffett. "There is help out there, there is hope."

Suicidal thoughts are common, and experts say because it's a topic most don't talk about, people feel like they are alone. The AFSP's mission is to make their presence known in the community, and be a support system for people who are struggling with depression, survivors, or families who have suffered a loss.

Dr. Even said, "Therapy is so important to be able to have that space to talk and get help. Sometimes medication management can be an integral part of that, so seeking psychiatrists or somebody who specializes with depression can help in that way."

To kick off Suicide Prevention Week, the AFSP is hosting their walk on Sunday at 2 PM starting at the Lewis & Clark Landing in Omaha. They hope to raise up to $235,000 for research, educational programs, advocacy, and support.

If you or a loved one is suffering with depression, help is a call or text away around the clock. You can reach the National Suicide Prevention Lifeline at (800) 273-8355, or the Crisis Text Line 741741.