A Look Ahead at March 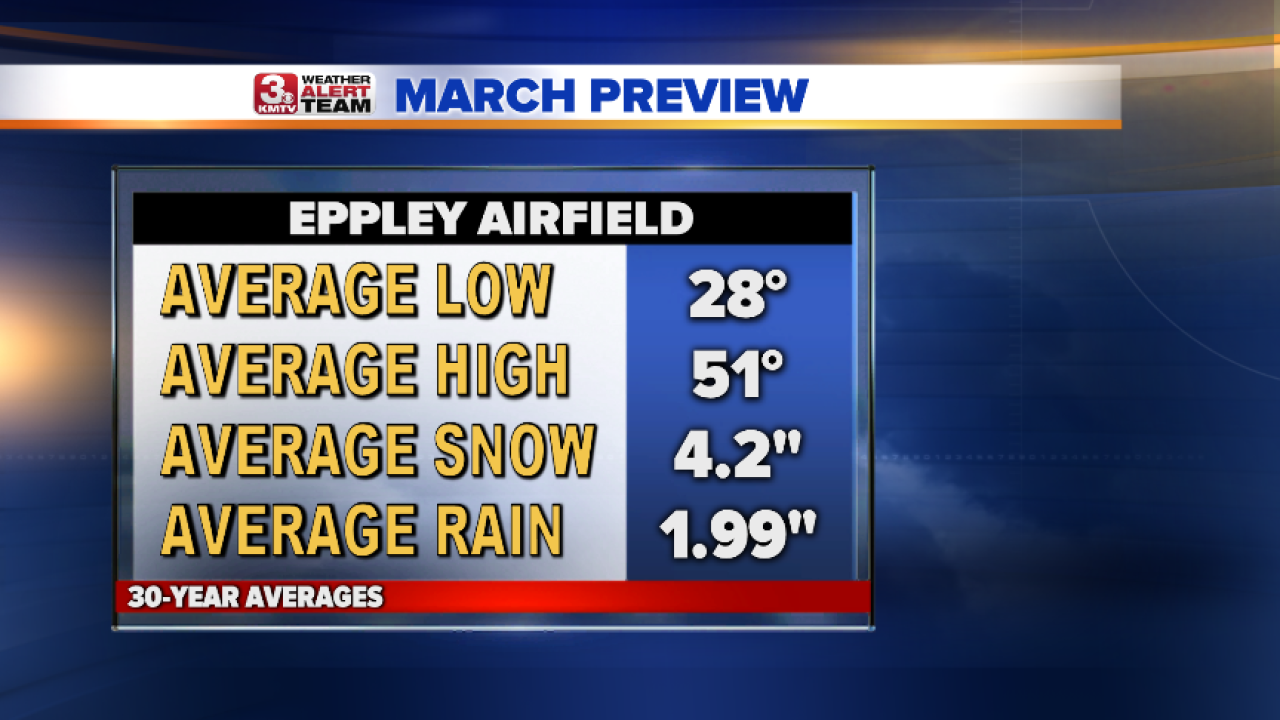 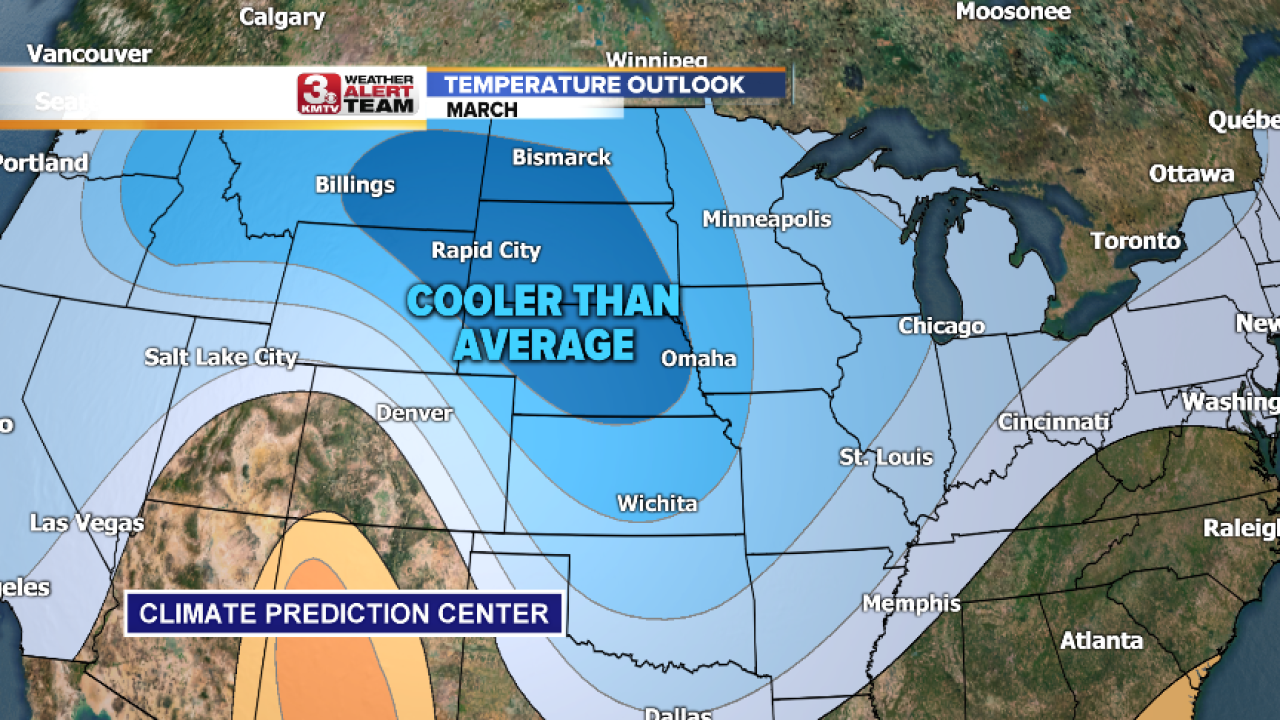 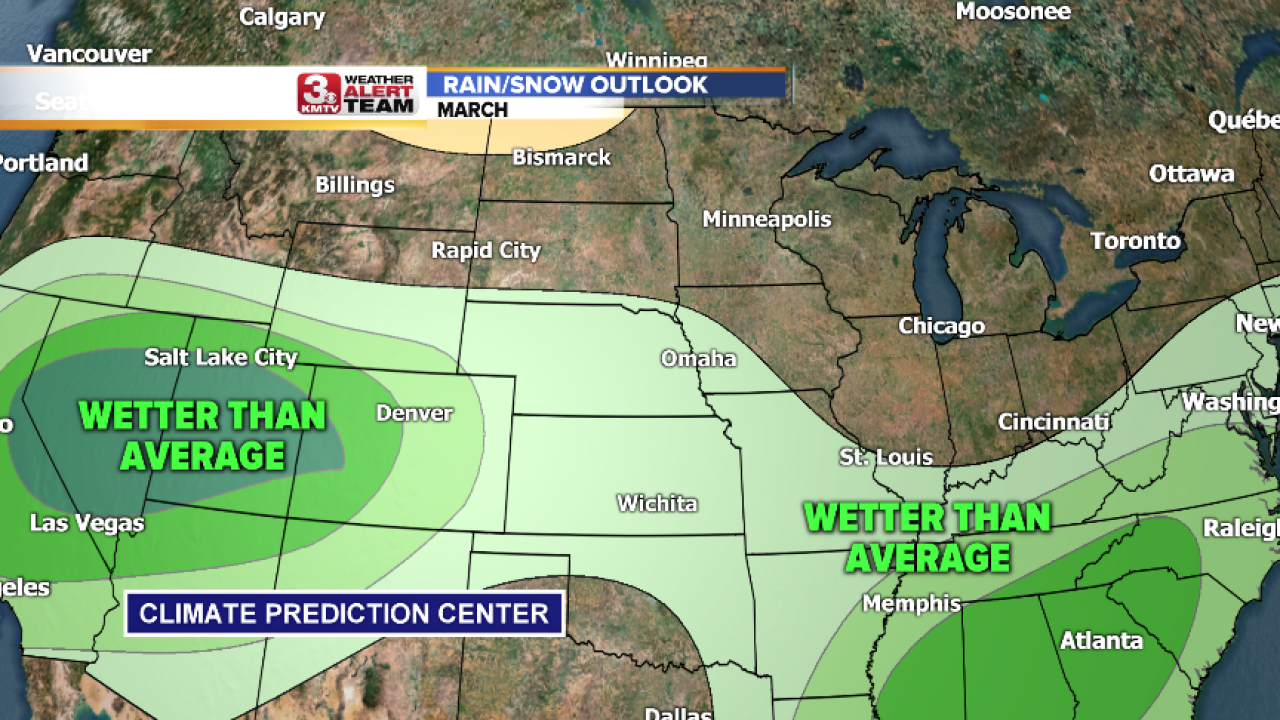 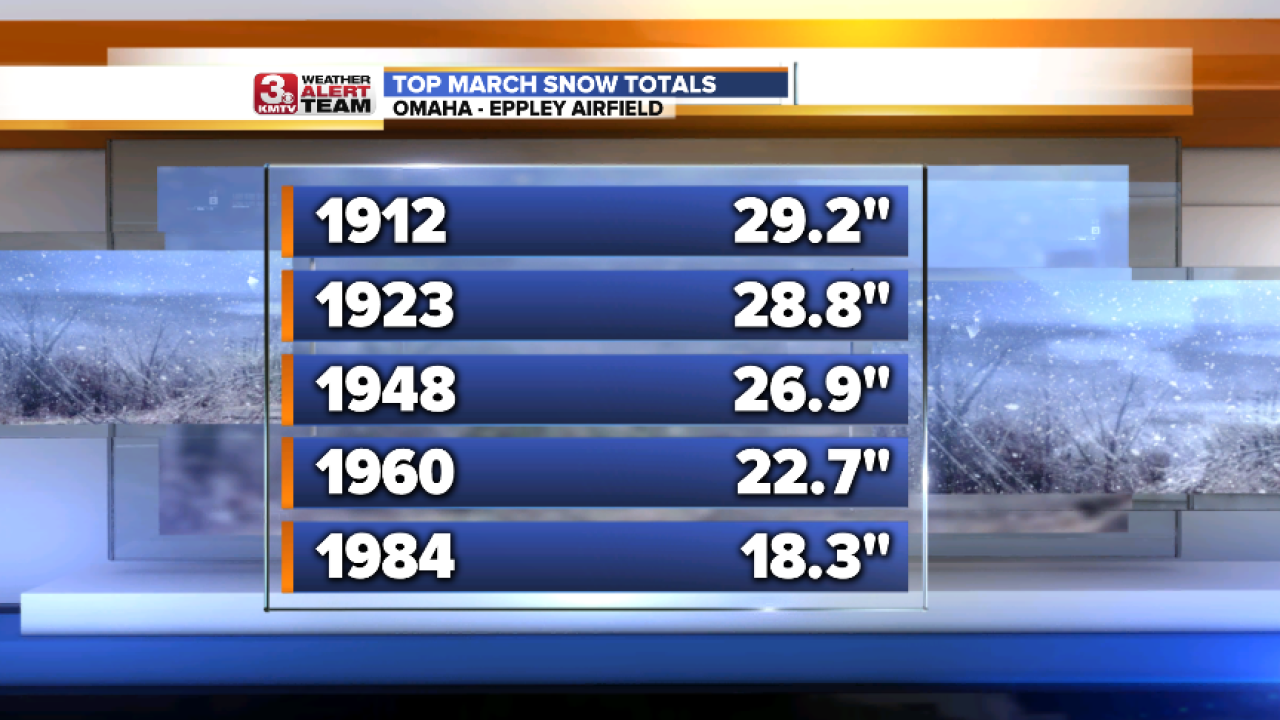 Some of us are ready for our spring-like weather to arrive but looking ahead to March doesn’t paint a warmer picture, if that’s what you're hoping for (like I was!). Spring technically starts on Wednesday, March 20th this year and winter certainly isn’t going to give up so easily. The beginning of March brings frigid air and more snow chances.

The Climate Prediction Center shows the trend of colder than average temperatures looks to continue for March. For reference, our temperatures averages in March are an average high of 51 degrees and an average low of 28 degrees.

From the CPC, we continue to see the chance of more precipitation than average. During March, we typically see a snowfall total of 4.2 inches at Eppley and rainfall total of 1.99 inches.

And since this February was the snowiest February on record, we decided to take a look at highest snow totals during the month of March.