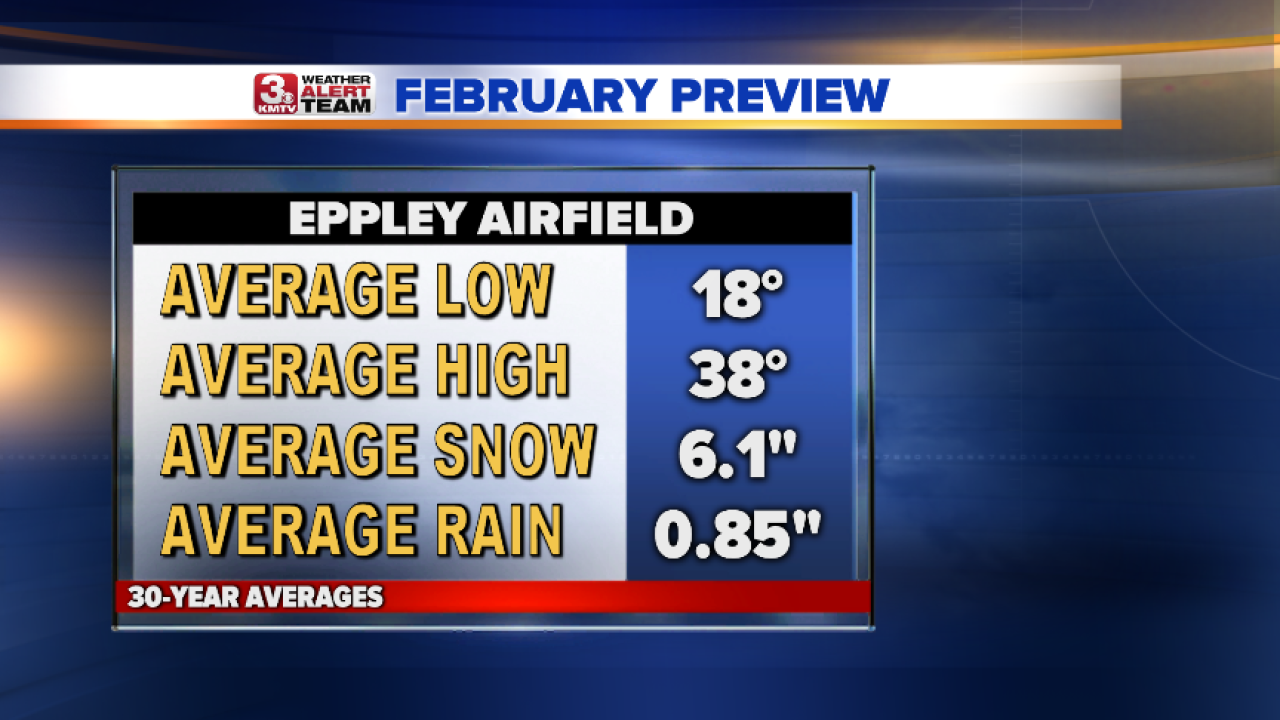 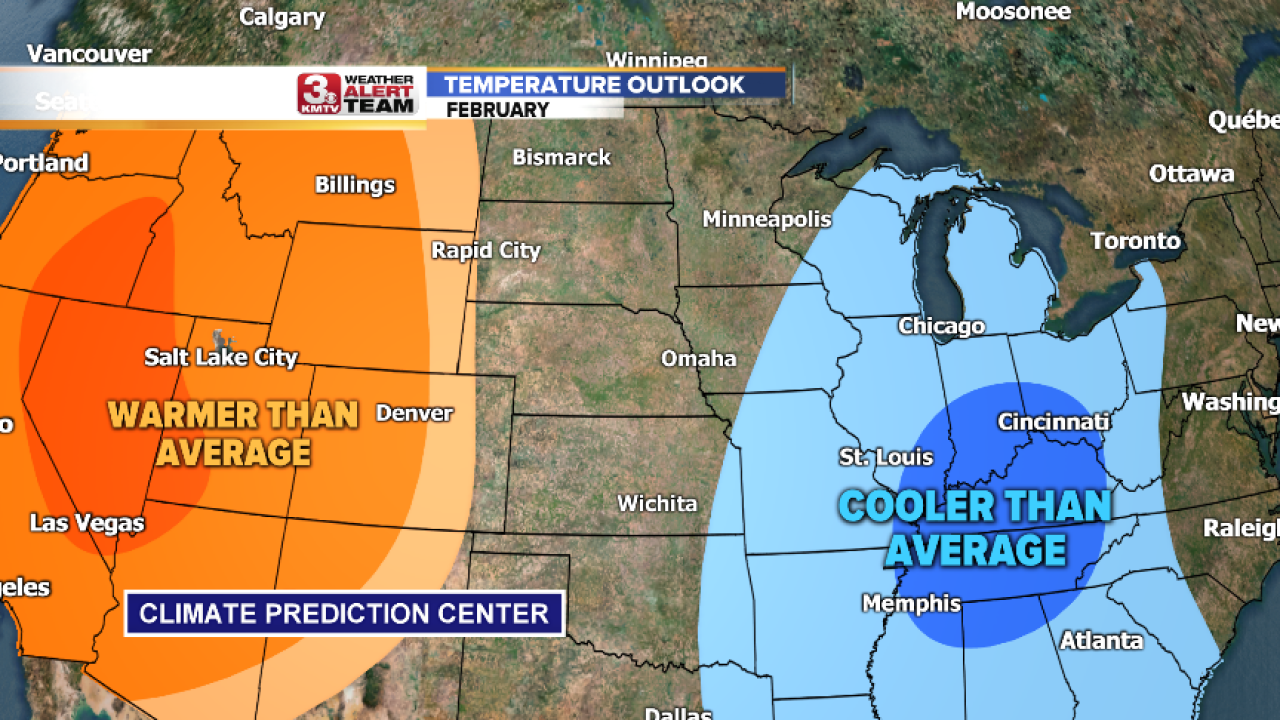 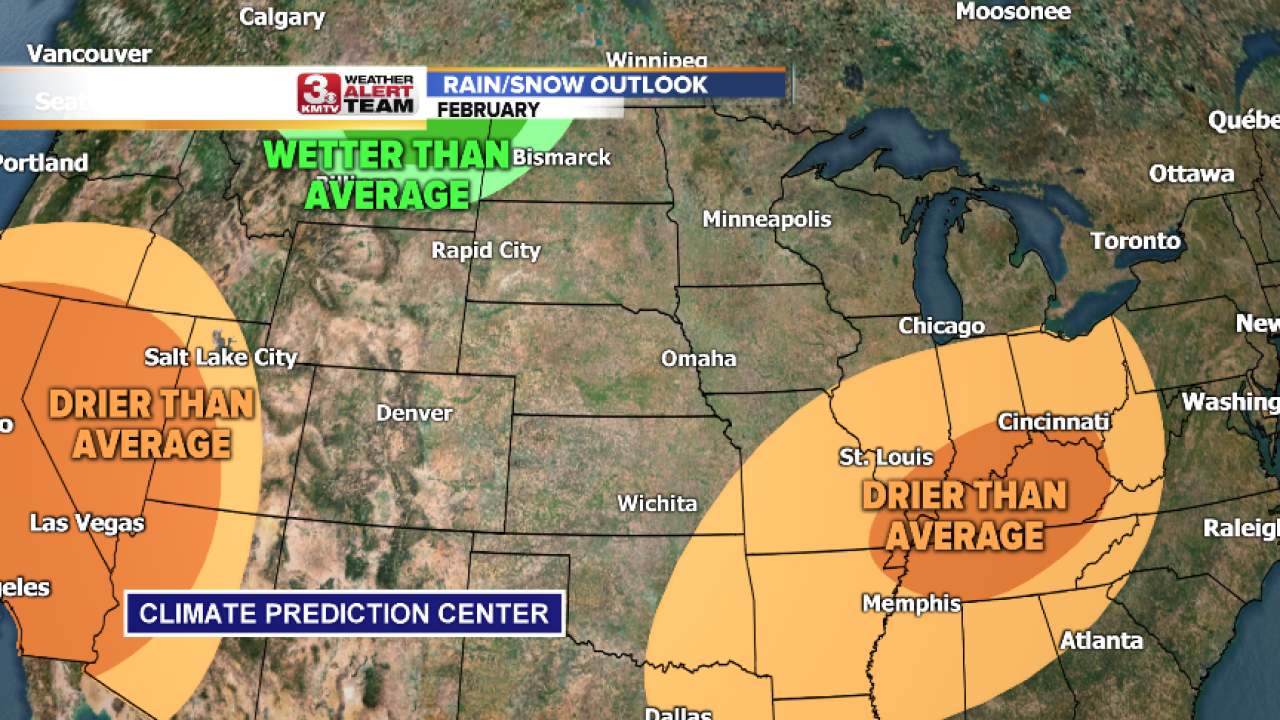 This is when our average temperatures begin to slowly warm up again! Granted, it is still a cold month with the average low at 18 degrees and the average high at 38 degrees. Looking ahead for the month, the Climate Prediction Center keeps Omaha in the equal chances for above or below temps. However, the CPC does keep us with overall below average temperatures into the middle part of February after our quick warm up to start off the month.

February is also tied (with January) for the 2nd snowiest month of the year on average in Omaha. Typically, 6.1 inches of snow is measured out at Eppley during the month, along with a total of 0.85 inches of rain. The Climate Prediction Center shows Omaha in the area for equal chances for wetter or drier than average for the whole month. For the first half of the month though, the CPC has Omaha in a wetter than average area. This is in part because we have several rain/snow chances over the next seven days.