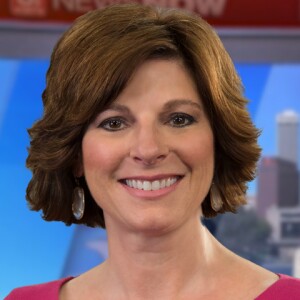 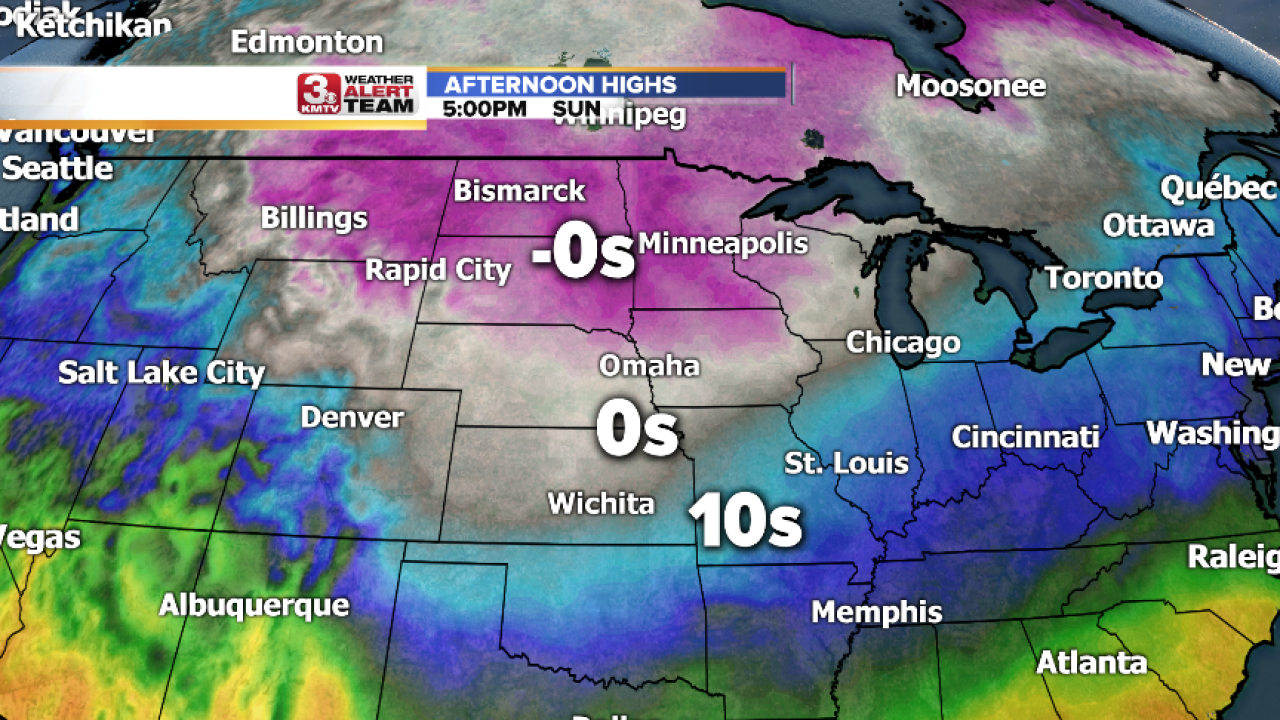 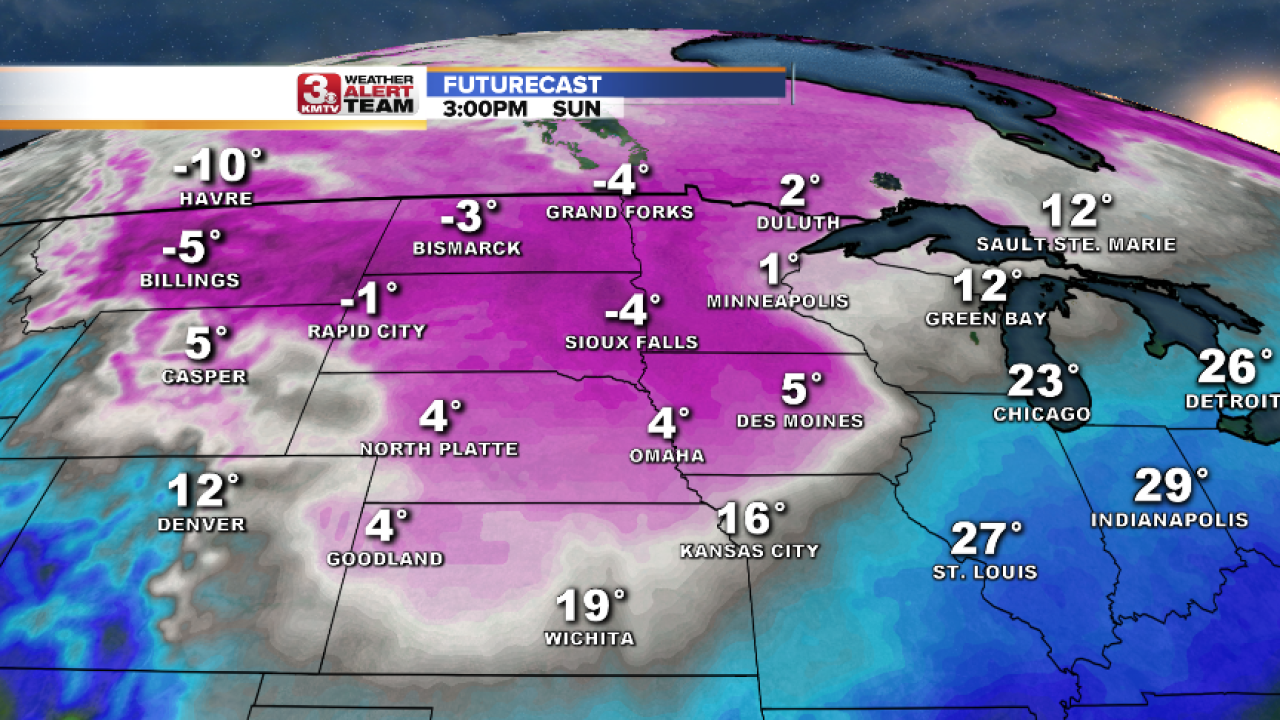 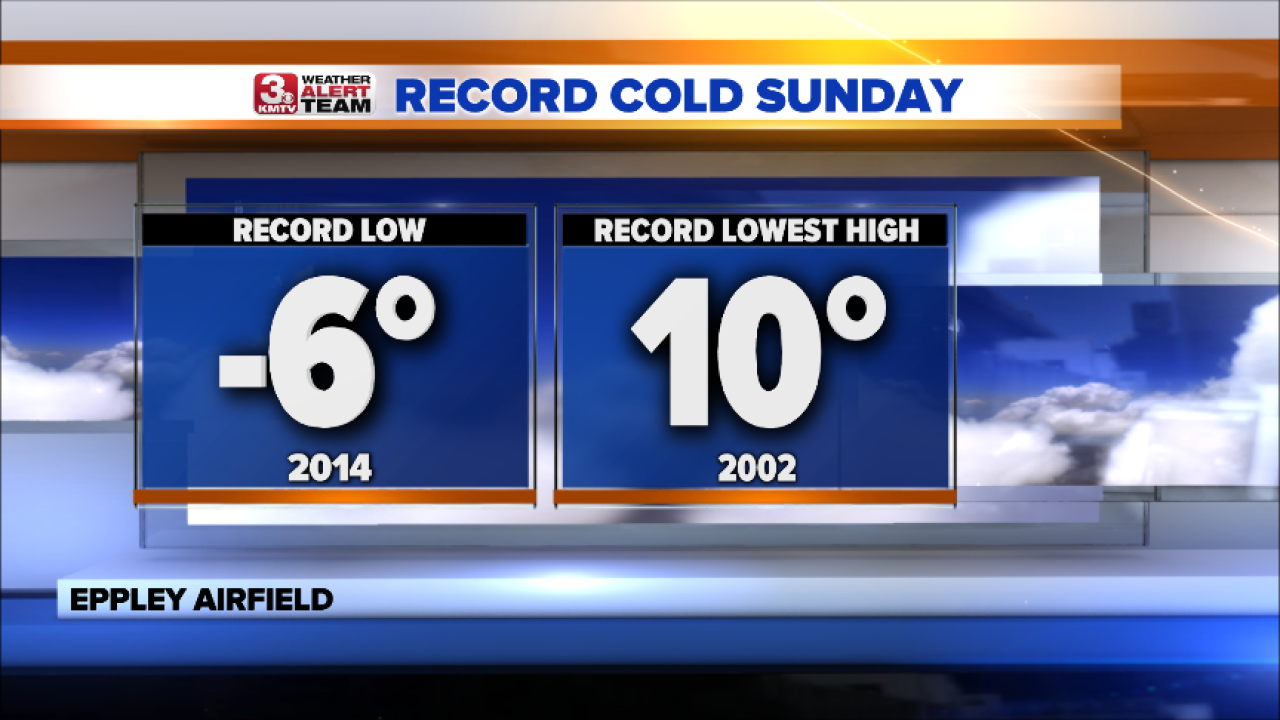 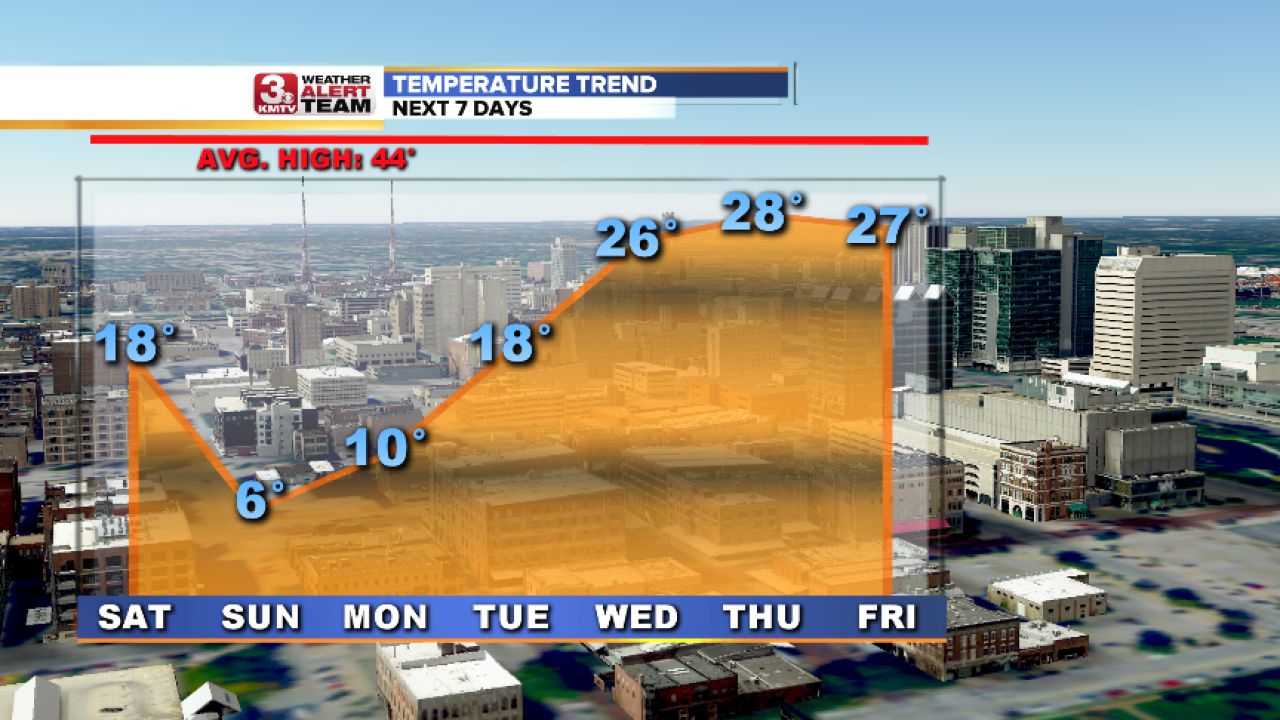 The record cold temperatures we experienced in February have decided to carry over into March. This weekend, an arctic cold front will open the door to a pool of bitterly cold air that has been sitting in Canada and over the North Pole.

After a high in the 30s on March 1, the slight warm-up will come to a screeching halt Saturday and Sunday. The coldest air holds off until Sunday with morning lows below zero and highs in the single digits.

The forecast high Sunday in Omaha is 6, which would break the record low high for the day. The old record is 10 degrees, set in 2002.

The cold doesn't start loosening its grip until mid-week, but even then highs will still be in the mid-to-upper 20s, which is still about 15 degrees below the average high of 44.