Record Snow and Cold in February 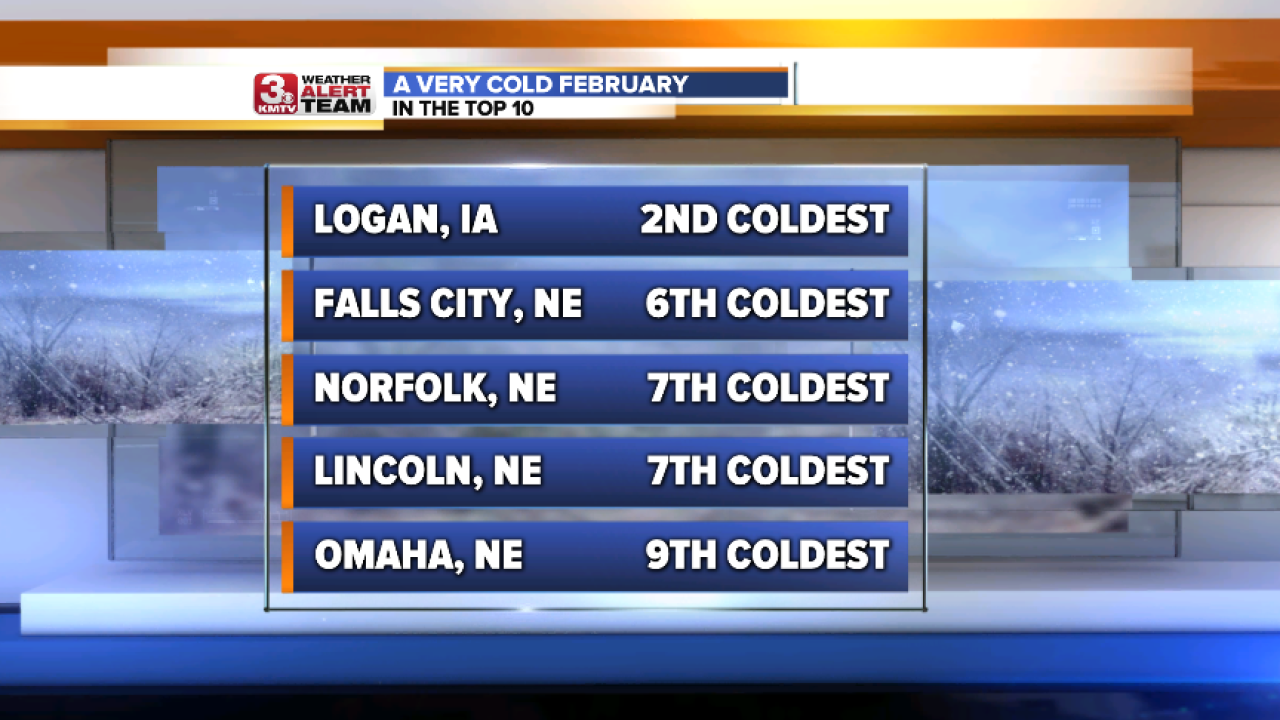 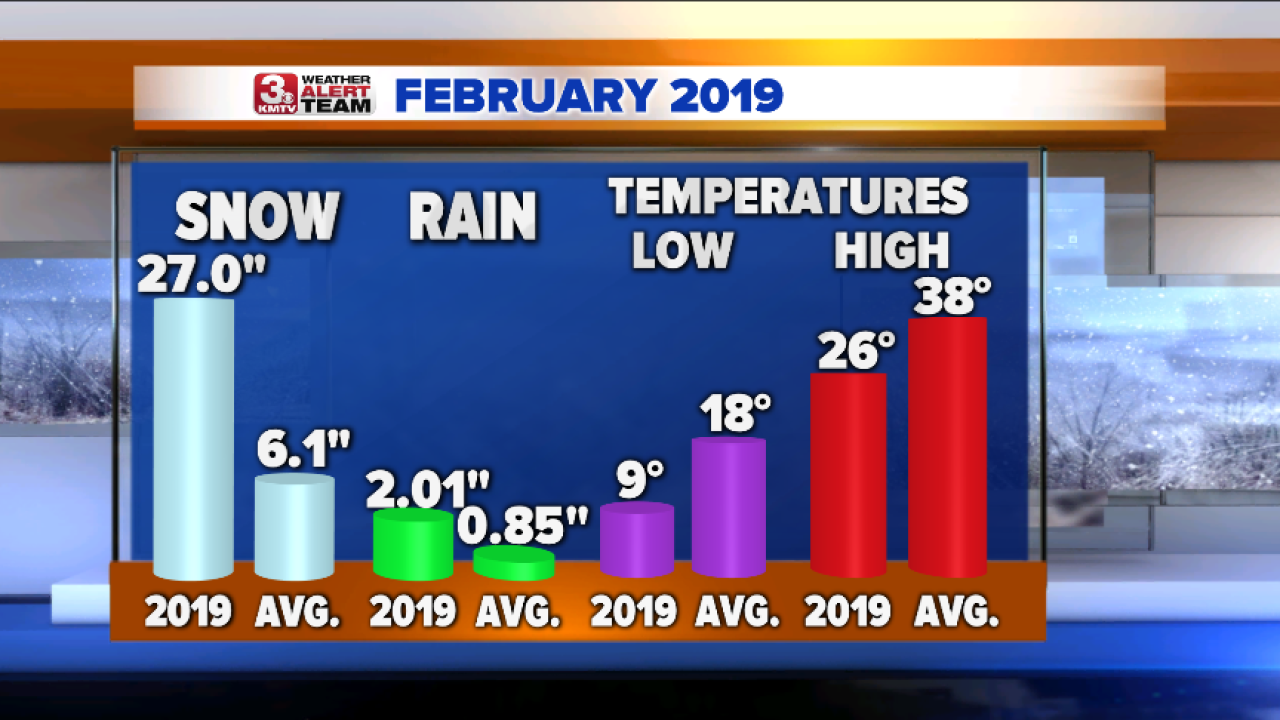 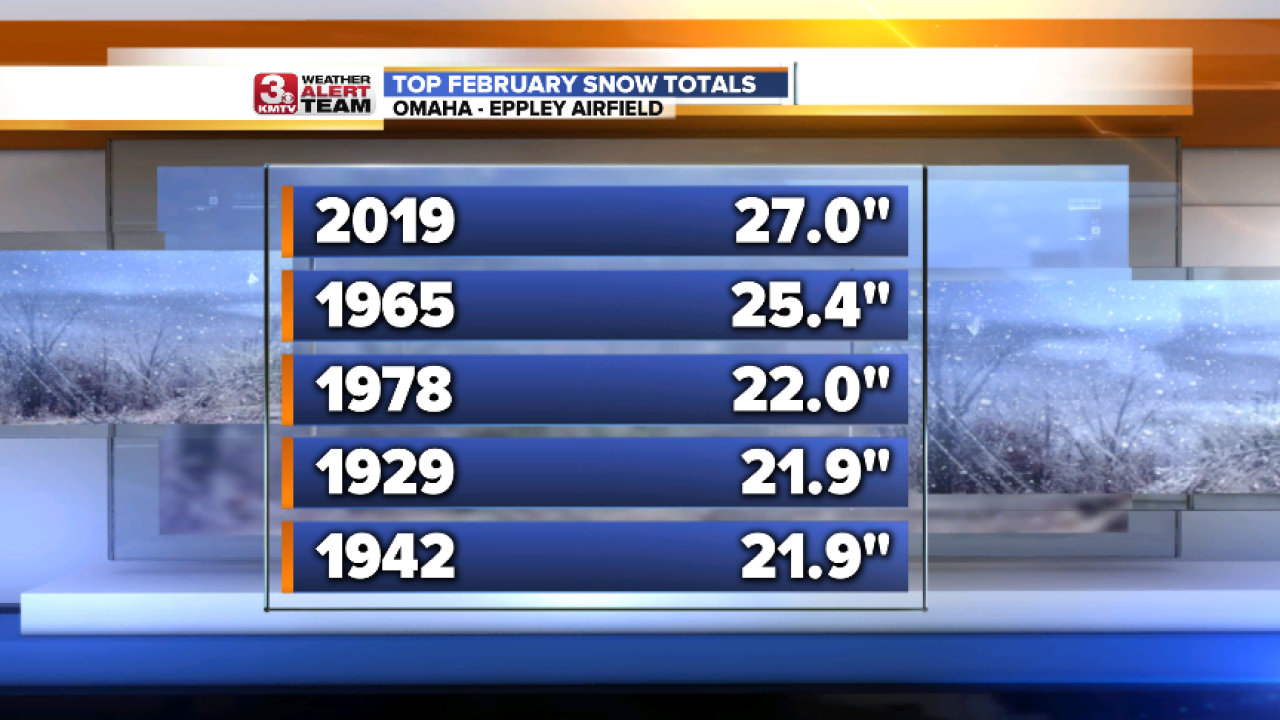 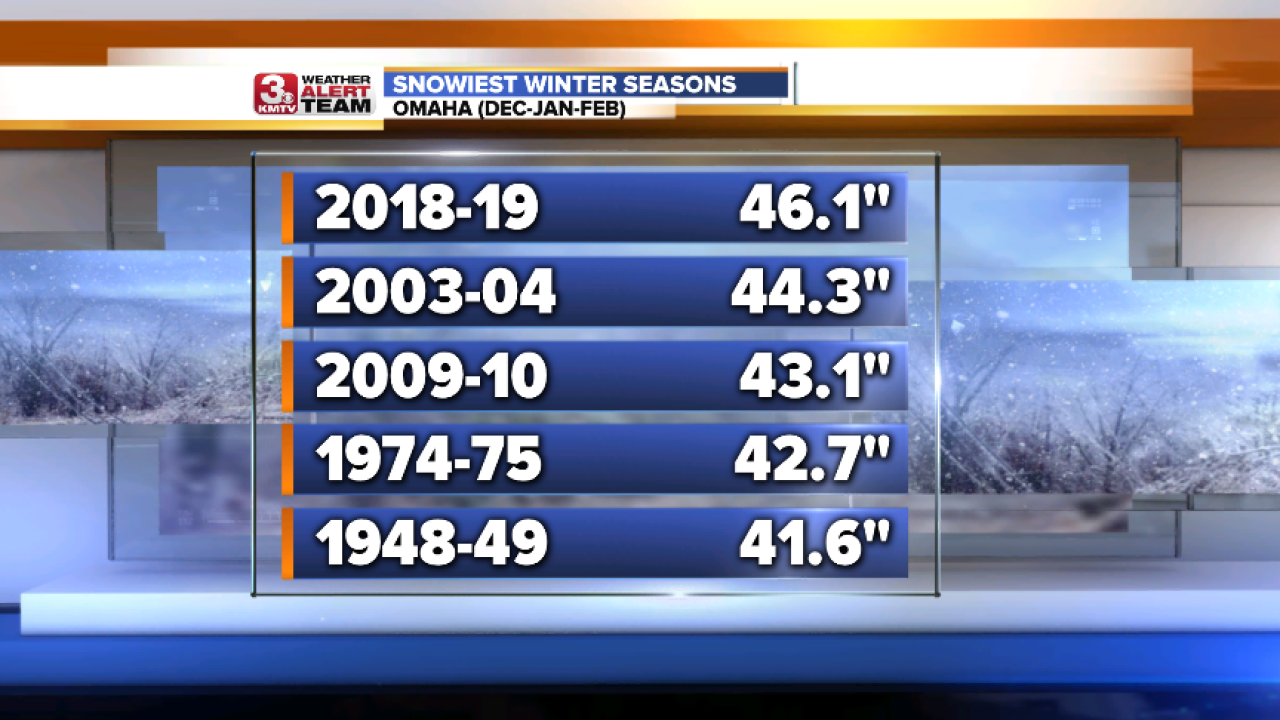 February was quite the month for us in Omaha and even for most of eastern Nebraska and western Iowa! Overall it was a cold, snowy month and this will go into the Top 10 lists of coldest Februaries for some of us.

It shouldn’t be a surprise that our snow total for the month was well above average here in Omaha! Typically, Omaha receives 6.1 inches of snow during February, but this month we measured 27.0 inches of snow out at Eppley! That made for the snowiest February on record in Omaha. The old record amount of snow was 25.4 inches set back in the February of 1965.

Not only was it the snowiest February for us in Omaha, it was also our snowiest winter season! Meteorologists consider winter to be the months of December, January, and February. During that time, Omaha received 46.1 inches of snow, beating our old record of 44.3 inches set in the winter season of 2003-04.