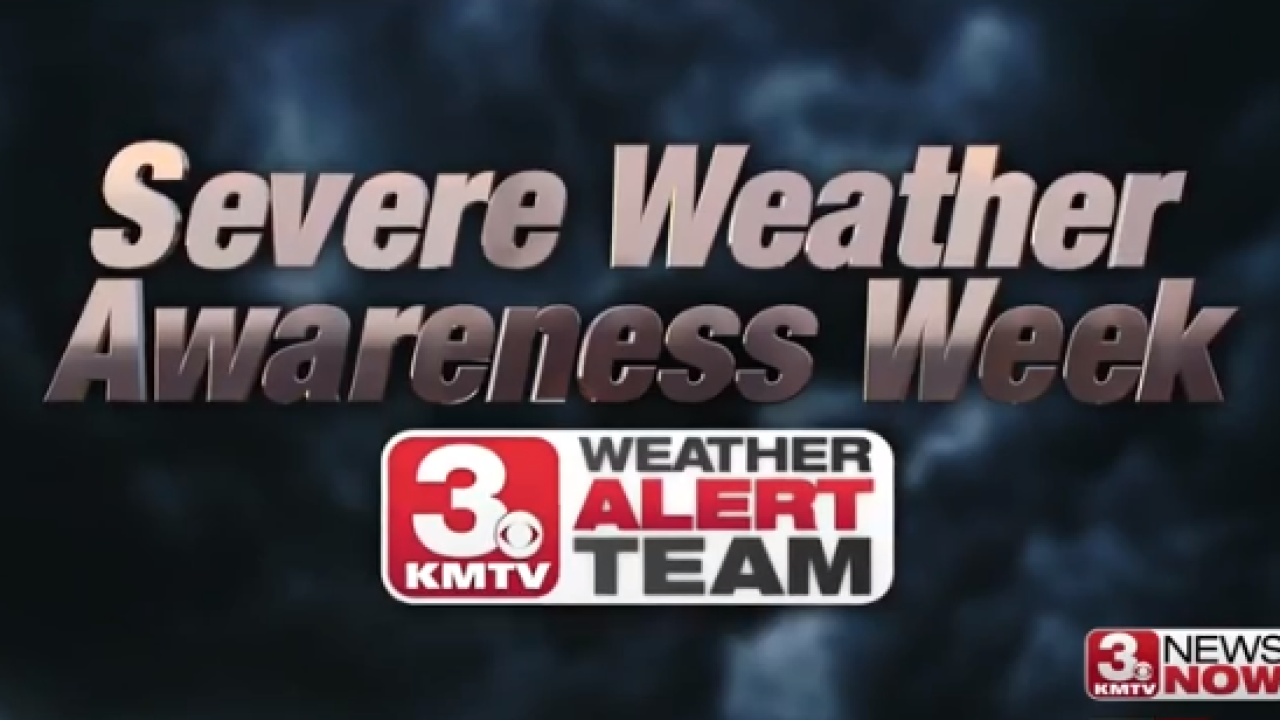 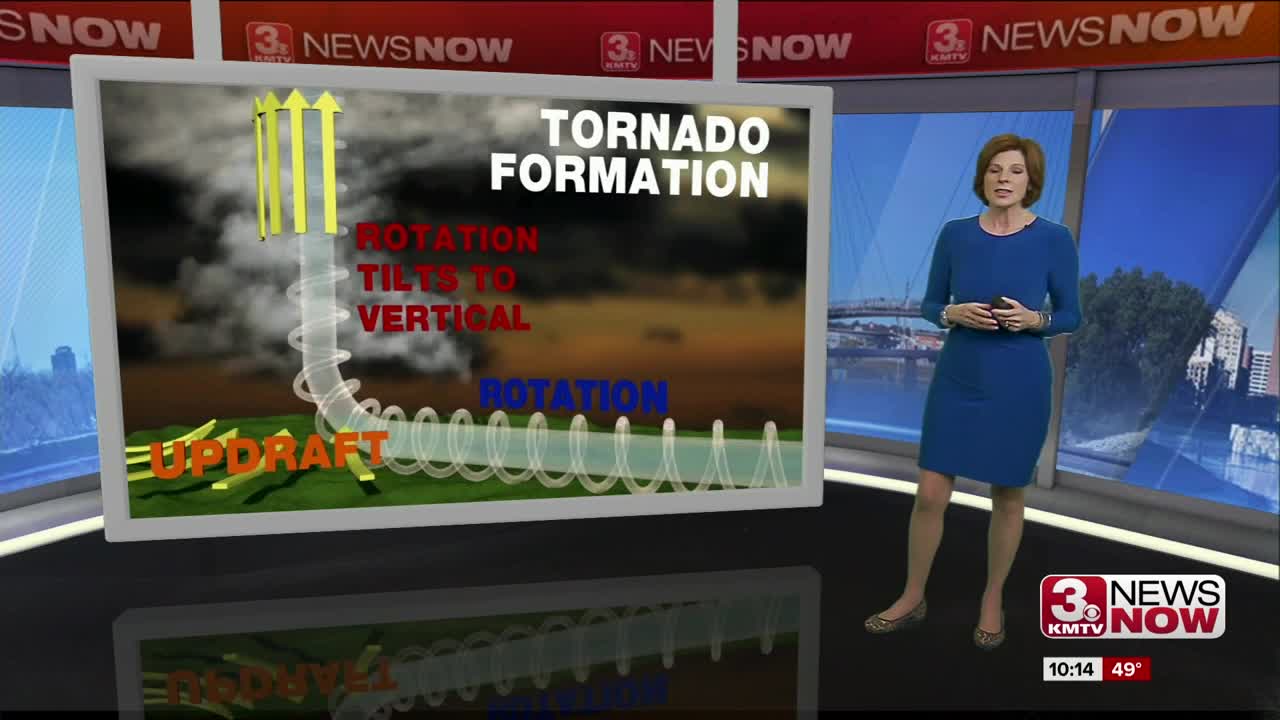 For day three of Severe Weather Awareness Week we’ll be focusing on tornadoes. While not every severe storm spawns a tornado, some do and we’ve got to be prepared to shelter when a tornado warning is issued.

Science is still studying storms and tornadoes to learn why some storms make tornadoes and other do not, but we do have a good understanding of some ingredients needed in tornado formation. Many of us know the basics of the clash of warm and cold air and also dry and moist air. This helps creates thunderstorms, along with an updraft. The updraft is what makes cumulus clouds grow vertically into the big, towering “thunderstorm clouds.” For a thunderstorm to become a supercell, there needs to be rotation. Rotation is created by a difference in wind speed and/or wind direction at the surface and higher up in the atmosphere, which is called wind shear. Rotation begins at the surface and the updraft pushes horizontal rotation into vertical rotation. Keep in mind, not every supercell leads to tornado formation and science is still studying tornadoes to learn more information.

When a tornado is detected by radar or visually by trained spotters, a tornado warning will be issued by the National Weather Service. This means it is time to get to your safe place. The safest place to be during a tornado is the lowest level and in the center of the building. You’ll want to avoid any windows or glass which could shatter if a tornado hits your home. It’s also good to keep some pillows, blankets, and/or helmets in your shelter to help protect you.

After a tornado occurs, the NWS goes out and surveys the damage done to the area. The surveys show how far the tornado traveled, how wide it was, and how much damage was done which leads to how tornadoes are rated. The Enhanced Fujita scale goes from EF-0 to EF-5 and is broken up by wind speeds and the damage associated with each category.