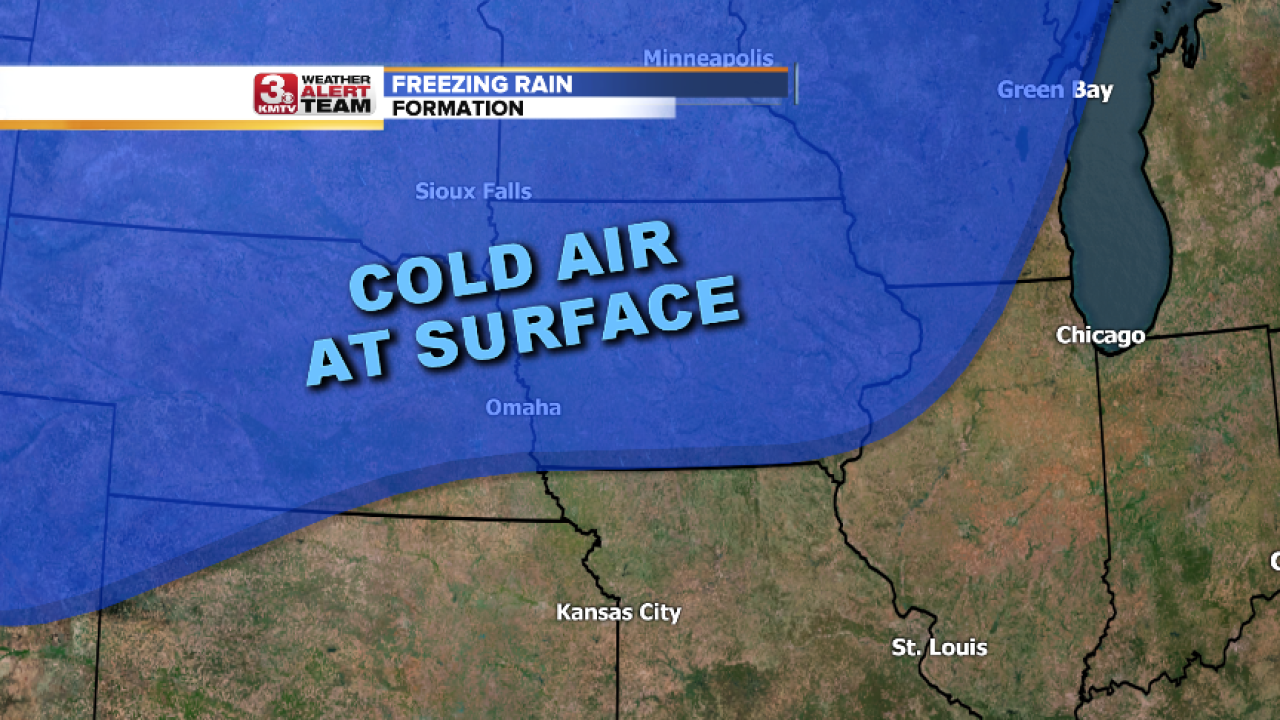 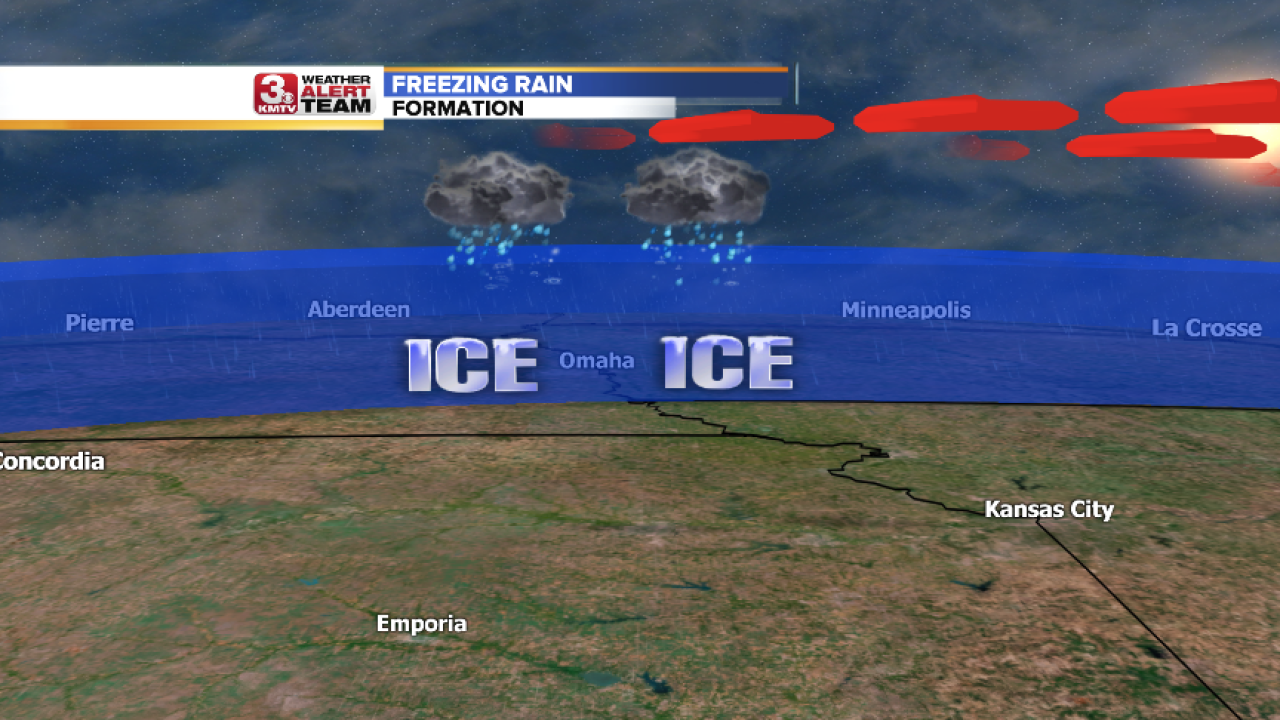 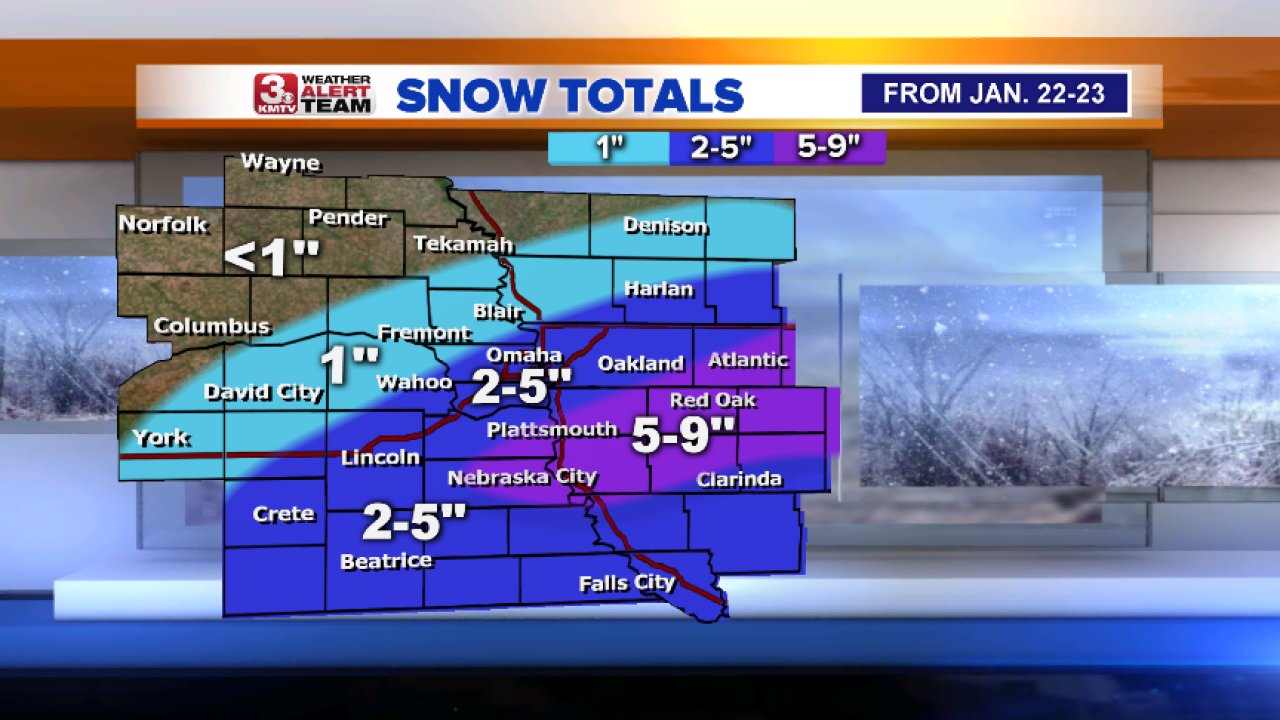 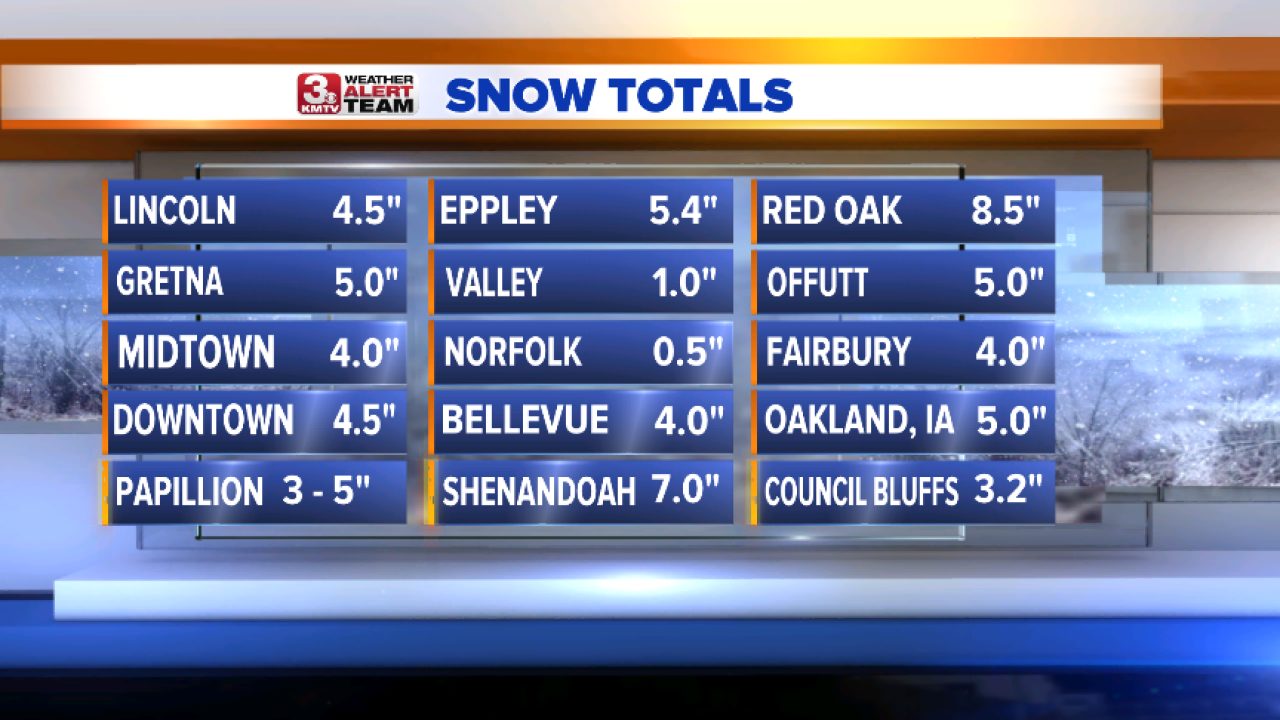 Area students and teachers got to enjoy a long holiday weekend as winter weather impacted schools in eastern Nebraska and western Iowa Friday the 18th and Tuesday the 22nd. And while many students and parents ask meteorologists if they’ll get a snow day, we don’t get to make those choices. We just make the forecast that school systems take into consideration. So how did those forecasts hold up this time?

We all know Friday’s forecast didn’t pan out quite the way we thought it would. Meteorologists will be the first one to admit that and we never enjoy when a forecast doesn’t verify. But why we get freezing rain instead of snow? It all has to do with a layer of warmer air above the surface.

Typically, the atmosphere cools as you go up, but that's not what happened on Friday when we had freezing rain. At the surface is cold air, but just above it was a layer of warmer air with temperatures just above freezing. As precipitation falls through the air, it warmed up and became rain in that warmer layer. It starts to cool as it gets closer to the surface but doesn’t have enough time to freeze into snow. So, it reaches the surface as rain, but then immediately freeze on contact with surfaces that area already cold. By the time that warm layer of air cooled enough to produce any snow, that system was out of here and produced plenty of snow to our south and east.

We received more freezing rain on the morning of January 22nd. It was a similar set up, but then we had enough time and mixing to cool that layer of air and then we saw the switch over from freezing drizzle to snow. You likely saw several snow total maps from us between Monday morning and Tuesday morning. The system itself dropped farther to the south, which lead to lighter totals north of I-80 and heavier totals to the south of I-80. We use model guidance to put our forecasts together, and each model run continually dropped the heavier snow totals farther south and east. For the most part, they all agreed that a band of heavy snow would develop in the afternoon but did not agree on where that band would set up exactly. Those bands of heavy snow are always tricky to predict ahead of time, so sometimes it becomes more of a “now-cast” than a forecast the day of an event.

Indeed, we saw the sharp gradient in snow totals like we talked about when part of the heavy snow band set up over parts of the Metro. That’s when we see large ranges in totals like the 1.0 inch of snow out at Valley compared to the 5.4 inches at Eppley. Areas even farther north and west received even less snow, like the 0.5 inch snowfall measured in Norfolk. And for those of you keeping track, this latest snowfall puts Omaha at 21.6 inches for the season.