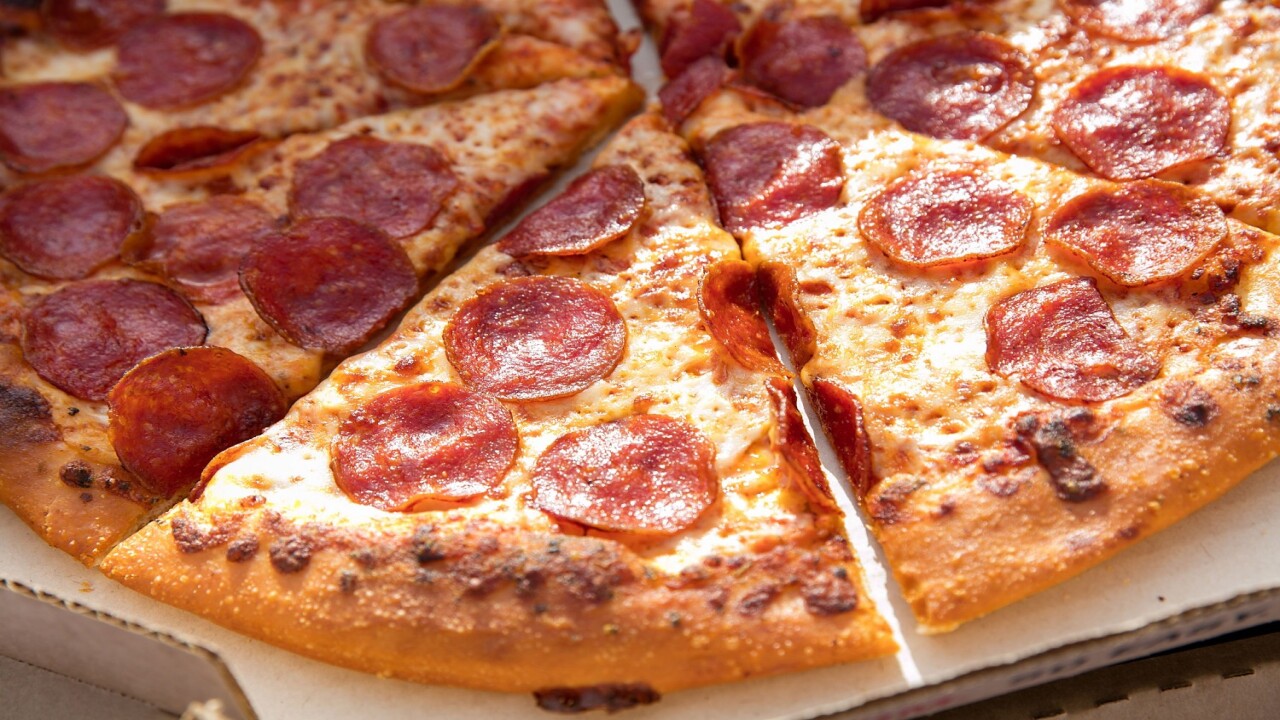 From appetizers to football-shaped brownies, Super Bowl food is just as important as the game itself!

It doesn’t get any better than getting your favorite game grub for free either, and if pizza tops your list of ultimate party food, this Sunday, Feb. 2, you’ll have a chance to score a free pie just by keeping an eye on Twitter while you’re watching the big game.

To celebrate the perfect combination that is pizza and football, frozen pizza brand DiGiorno is looking to give away free pizza — regardless of which team wins.

If the score during the Super Bowl is ever 3-14 (also known as Pi) or 14-3 at any point, DiGiorno will post a link on its Twitter page where fans can register to receive a coupon for free pizza.

And according to a DiGiorno spokesperson, once the score of the game changes, the offer ends, so you’ll have to hop on Twitter right away if the score reaches the necessary number combination.

If you need food for your Super Bowl party instead of waiting until March, you might want to check out a deal from Applebee’s that will get you 40 free wings.

The boneless wings — tossed in hot buffalo sauce and served with ranch dressing and celery on the side — are free with every delivery order of $40 or more on Feb. 2. All you have to do is load $40 worth of food in your order and use code FREEWINGS.

The deal ends once 1.6 million wings have been given away, so you may want to order early and not wait until you’re hungry.

You’ll also find a deal at Target if you’re wanting to make the party food yourself. By spending $50 or more on groceries now through Saturday, Feb. 1, you’ll get a $10 gift card to use at a later time.

You will also get another $10 gift card if you spend $40 or more on household essentials like paper towels, trash bags, dish soap — all the items you’ll need for cleaning up after a big party.

What is your favorite food to enjoy during the Super Bowl?