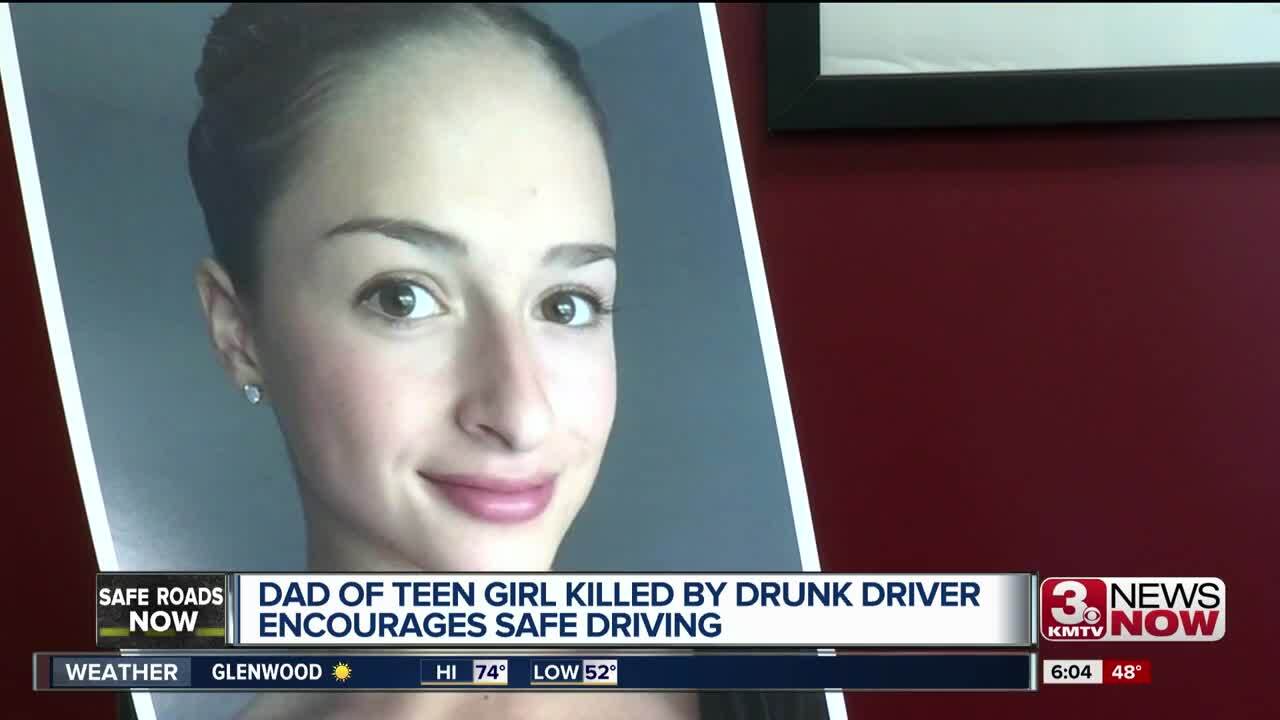 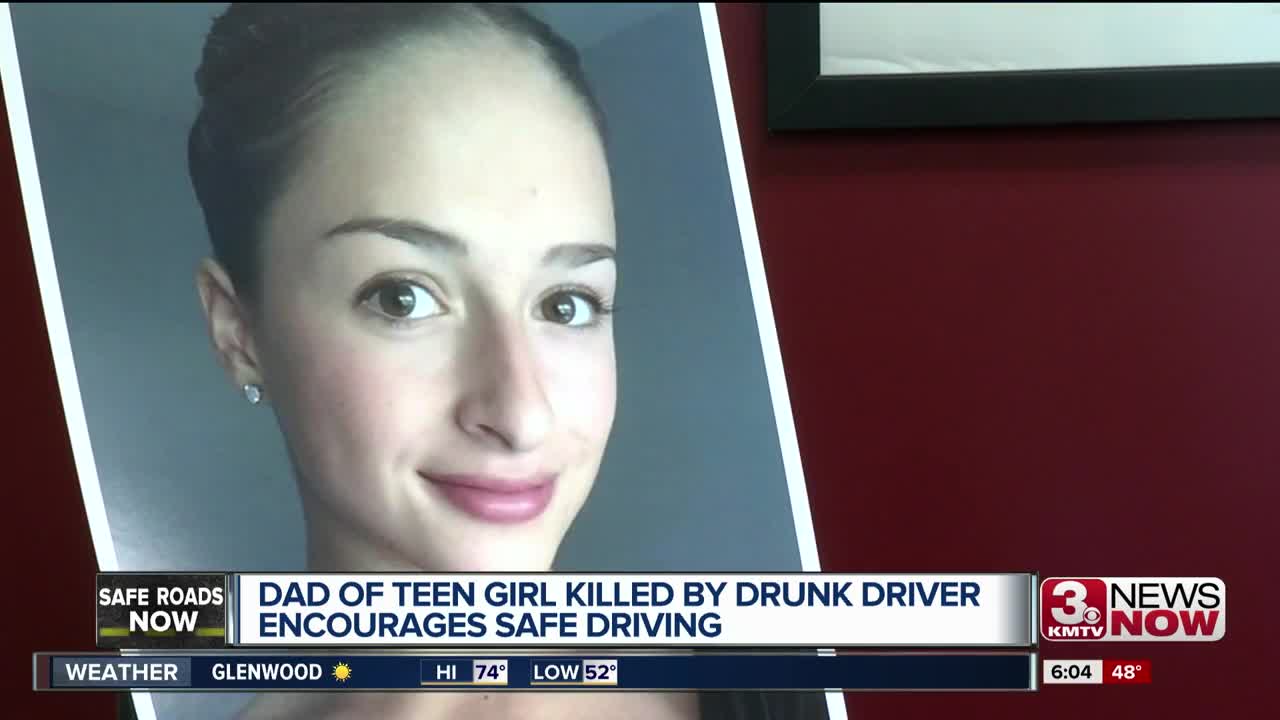 OMAHA, Neb. (KMTV) — The father of a 15-year-old girl killed by a drunk driver hopes his loss will help others gain perspective on the devastation drunk driving can have on others.

Marty Linscott's daughter, Alexandra Linscott was killed on Oct. 4, 2017 in a crash in Sarpy County on Nebraska Highway 50 near Riha Road. Police say 22-year-old Paige Seaton caused the crash when she drove her Ford Fusion across the center line and collided head on with the vehicle Linscott was in, which was driven by Linscott's mom.

Linscott, a sophomore at Waverly High School died at the scene, while her mother, Elisa Linscott was critically injured and air-lifted to the hospital in Omaha by a medical helicopter.

Prosecutors said Seaton had a blood alcohol level of .180, more than double the legal limit at the time of the crash. She was also on probation for a DUI that occurred months earlier.

Seaton's attorney, James Martin Davis, said Seaton might have been sexually assaulted about an hour before the crash, adding the allegation don’t change the deadly nature of what happened, but could show whether she was willingly intoxicated that night.

Seaton is currently in prison serving a 40 to 50 year sentence for motor vehicle homicide.

The death of Alexandra drew attention from many in the community, especially those from her school and dance team. She was an avid dancer and performer.

"She loved to dance. She loved the stage. She was talented. She'd been dancing since she was four or five years old. She played music, sang, and seemed really happy. And certainly made us happy," said Marty.

Marty was at home with Alexandra's younger sister Sammi when he was notified of the crash.

"Her mother and her were coming home from dance. And I got a call that I needed to go to the hospital. They wouldn't tell me anything over the phone," Marty told Morning Anchor Maya Saenz. "That was a long drive up to Omaha, not knowing what I was going to find or hear. But I assumed it wasn't good. Especially when I came up on the scene, then I knew it wasn't good."

When Marty got to the hospital, four Sarpy County Deputies placed him a room and notified him Alexandra was dead and his wife had serious injuries.

"I was crushed. Everything changed in that moment. I had no idea what I was going to do. I had left our other daughter at home and called my parents to come over and then I was thinking, how am I going to tell her?"

In those painful moments, Marty had to balance grieving the loss of one daughter while being strong for Sammi and his wife.

"At that time, I had to be optimistic with Sam as far as her mother's condition, but knowing full well that I may be having the same conversation again in a matter of days," said Marty.

Elisa recovered after spending a few months in the hospital.

"She wasn't able to be present during Alex's memorial. She doesn't remember anything about the facility that she was at while the memorial took place," said Marty. "I didn't want to do anything to affect her recovery so I spoke with the doctor and he basically told me that it really wouldn't affect anything, but that the only thing you should consider is that the earlier you tell her, the more times you're going to have to her Alex died. So with that, I only had to tell her two times and remind her a couple of times. Because that Was difficult and the idea of having to tell her four or five times, I couldn't."

Marty said all of this heartache could've been prevented if Seaton would've thought of the consequences of that one decision to get behind the wheel while drunk.

"It's senseless. Nobody should be forced to go through this."

Marty said he made it a point at his daughter's memorial to speak to the youth present and emphasize the importance of safe driving.

"I have no idea how many kids were there but they were all between 14-17 years old and I hope some of what I said set in because the consequences aren't just to yourself. They affect entire families," said Marty.

The Linscott family is now not only grieving the memories of Alexandra, but also her future.

"It's not just the memories. It's the future that really gets to me because when her friends start going through the milestones of life. You know, the graduations, next year she would've graduated high school, we'll be getting the graduation announcements and those emotions will come up," added Marty.

Marty's plea for safe driving aligns with a study by QuoteWizard.com, which says Omaha has one of the highest rates of drivers with a DUI in America. The study shows there are 3.21 drunk driving fatalities per 100,000 people in Douglas County, ranking Omaha as the 19th highest when it comes to drivers with a DUI in the nation.