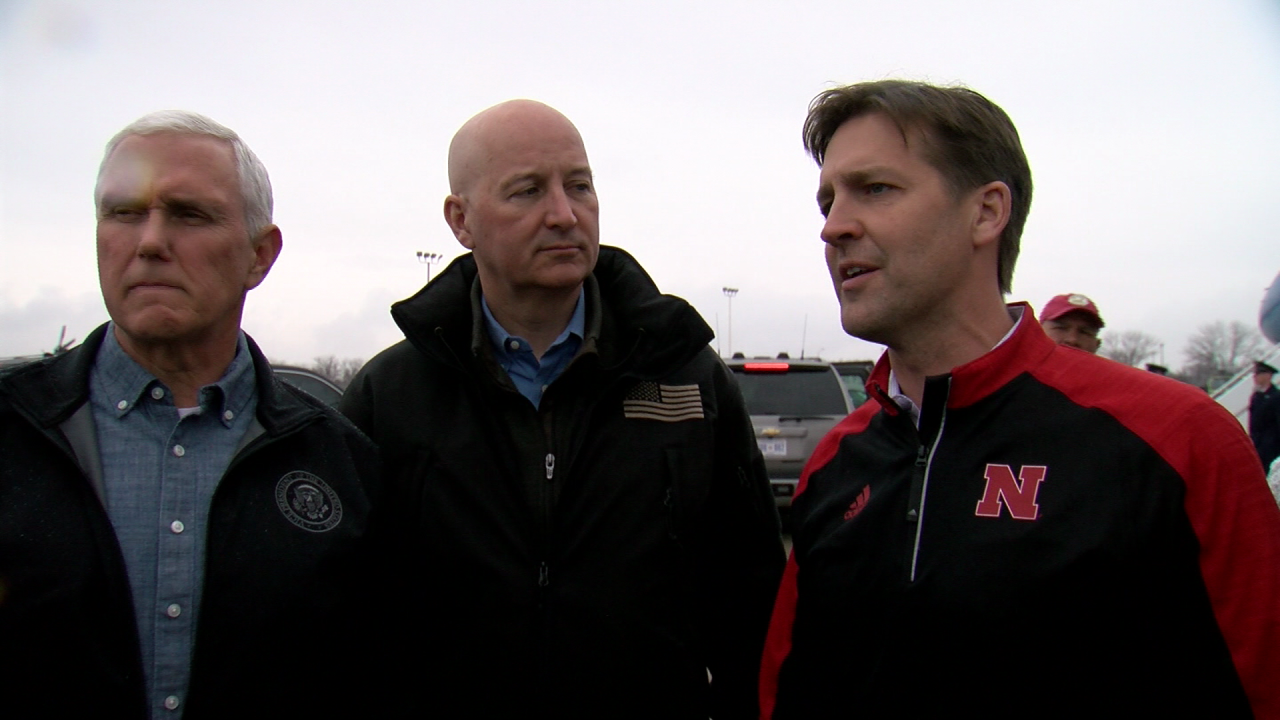 OMAHA, Neb. (KMTV) — Nebraska Senator Ben Sasse published a column, identifying the hardships he's seen Nebraskans face due to major flooding across the state. With those hardships, he said he's also seen the character of Nebraskans shine through in a time of need.

This is Nebraska. We’re resilient and just plain tough. Over the past few weeks, we’ve endured a lot: the storms and floods, the gutted homes and lost livestock, the heartache and – most tragically – the loss of life. It’s been a gut punch. But make no mistake: Nebraskans are going to rise above this.

Over the past few weeks, I’ve met Nebraska heroes who took care of their neighbors and showed how our state will return stronger than ever.

Brenda Garcia lost her home in the flood. But no sooner had she taken shelter at the local Lutheran church than she and her kids went to the volunteer line. When I asked how she could do that, having just lost her home, she didn’t miss a beat: “That’s just stuff,” she said. “God will provide. We want to serve.” I’ve seen that again and again. Nothing stops Nebraskans from helping their friends and neighbors.

With water rising fast, Brad Brown in Waterloo didn’t think twice about piloting his boat to help the local volunteer fire department. His neighbors needed help, he had a boat: problem solved. He never asked for anything in return.

John and Michelle Peterson live on the banks of the Platte. When their neighborhood became an island and nobody could get in or out with supplies, they joined together with their neighbors to share food. Later, John – who didn’t want to miss any work – waded through water over an impassable road, so a friend could give him a ride.

Everyone has pitched in. We’ve had kids fill sandbags next to their parents. We’ve had moms and dads who lost everything dig deeper and find the strength to make those first, painful steps toward recovery.

Nathaniel McClellan and a group of high schoolers went to overcrowded animal shelters and walked dogs to safety.

In Elkhorn, the Humane Society and the Red Cross worked together to create a temporary kennel so that rescued families wouldn’t need to leave their pets behind.

At a distribution center in Ashland, a man collected supplies to stabilize his home. The next day, he returned for more supplies – this time, for his neighbors.

Since the flooding started, I’ve been going to the Nebraska communities hit hardest – not just to understand the damage, but to talk with and serve those who need help. Along with Governor Ricketts, who has led a strong state response to the flooding, I spent time with the National Guard along the Spencer Dam. I’ve visited washed-out communities, such as Niobrara and Lynch, and served in shelters in Fremont and Bellevue. I’ve helped efforts to get supplies into Ashland and to clean up along the Platte.

I’m grateful for the help we’ve received from Washington, D.C. The President and his Administration have taken this disaster very seriously. I’ve had multiple conversations with President Trump, and have been able to update the President on what I’ve seen and heard. At the request of Governor Ricketts and with the support of Senator Fischer, myself, and Representatives Fortenberry, Bacon, and Smith, the President granted the emergency-declaration for Nebraska in just two days – speedy and crucial help. The Vice President flew to Omaha on Air Force 2, and I joined him in serving Nebraskans at a relief shelter. Vice President Pence is a Midwesterner, and he’s seen major flooding before – but he told me he’s never seen a flood like this.

We know that recovery isn’t going to happen quickly. We’re going to be at this for months and years. We know the economic loss is going to be huge.

We see it when our neighbors are in need after disaster strikes, and we see it on football Saturdays in the fall. No matter the circumstances – good or bad – Nebraskans pull together.

We’ve got a long road ahead. But we’ll find a way. We’ll rebuild our homes and businesses. We’ll fix our roads, bridges, and levees. We’ll clean up our cornfields, ball fields, and streets. We’ll fill our grain bins and elevators, just like we always have. And, above all, we’ll care for our neighbors.

That’s just what Nebraskans do. It’s who we are.