Flooding - The long-term impact on farmers and the economy 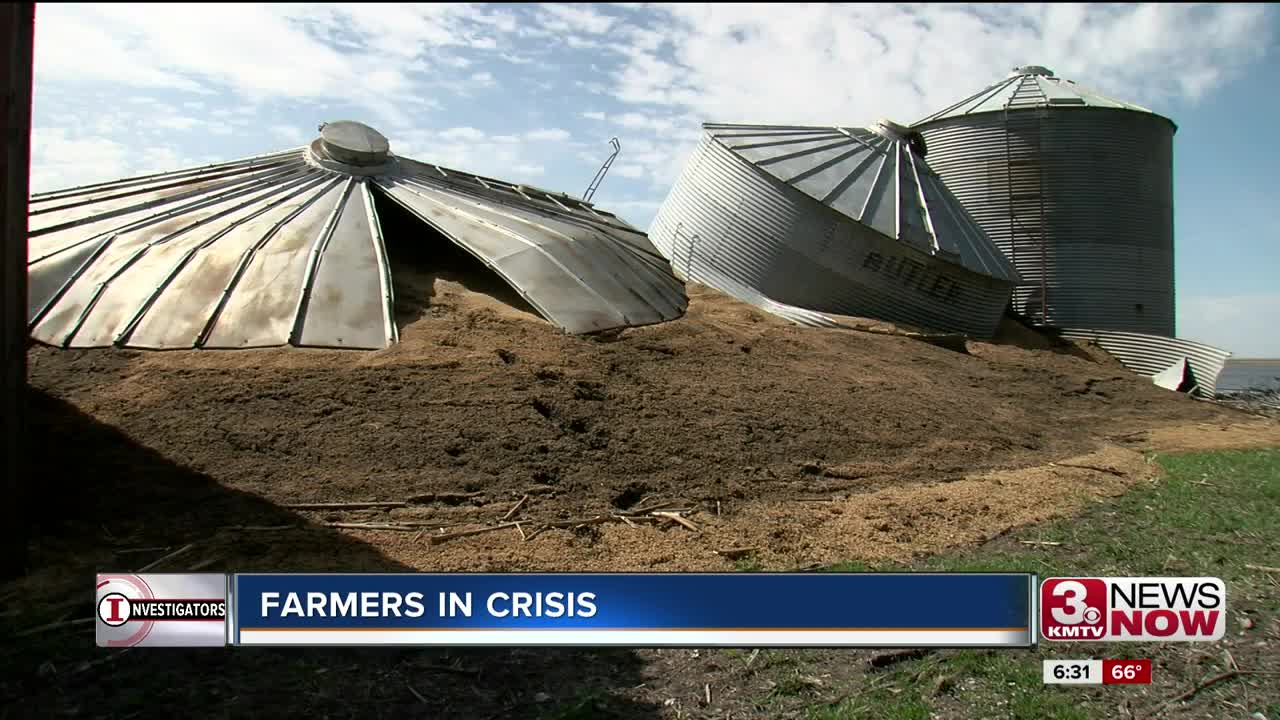 It’s impossible right now to determine the overall cost of this year’s devastating floods—only that it will cost billions.

A recent survey of bankers in the Midwest estimates there will be a sharp increase in loan defaults from farmers who had their livelihoods destroyed.

Thousands of acres are still underwater and others are ruined for this year’s season and maybe even the next one.

“They're in need of short term capital, short term resources to get planting,” Goss said.

Economics professor Ernie Goss at Creighton University oversees the survey and says bankers expect to see a 20% jump in farmers defaulting on their loans.

“Some of those individuals are going to just take their families and leave, take off and go for drier ground," Goss said.

Insurance will help to an extent, but when you see a burst grain bin that's a complete loss.
Whatever is in it isn't insured.

FEMA and other organizations are trying to get a handle on how many need help.

Groups like the Small Business Administration are processing loans as fast as they can. They say they’ve already approved 263 loans over 15 million in just over a couple of weeks.

The true impact? Its anyone's guess.

Coming crops will also be affected because even when the water disappears, the soil composition won’t necessarily be suited for planting.