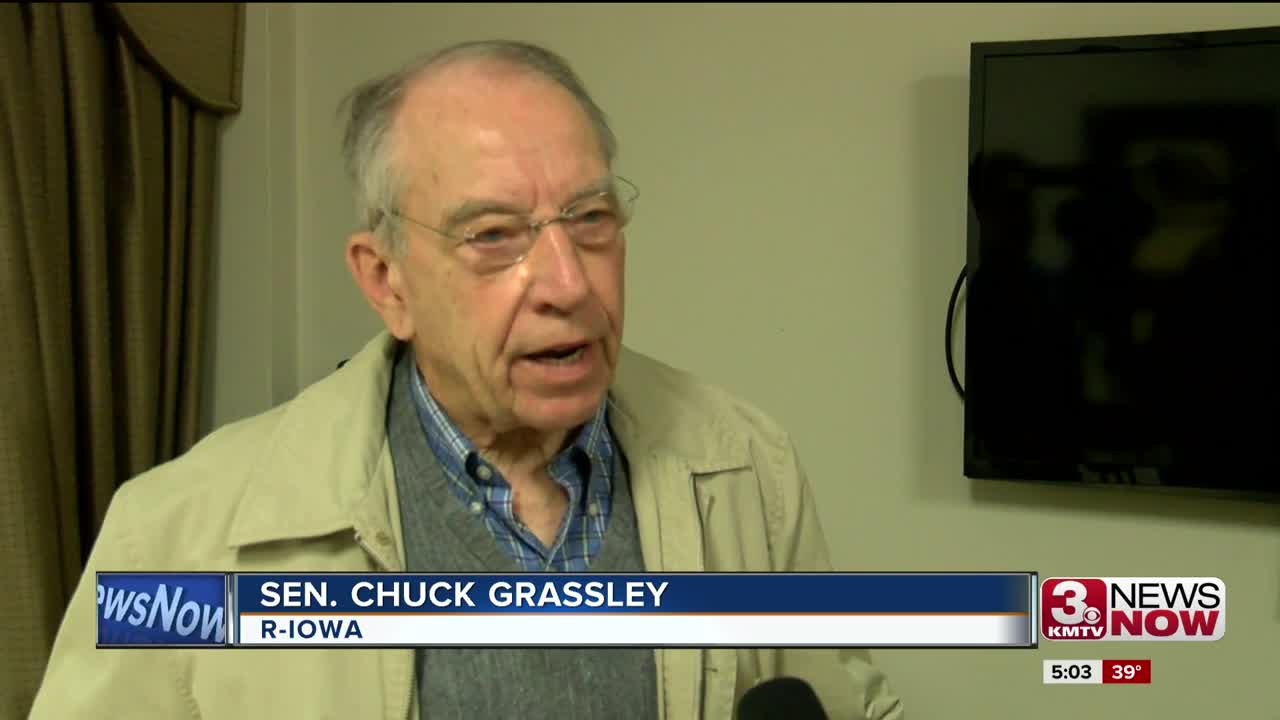 "I saw one great big lake," Senator Grassley said. "It's hard to tell where our river is."

At a Hamburg Hospital, the senator met with community leaders, emergency managers and residents as they pressed him for immediate help. The city may to issue a boil order next month. And flood water has cut off natural gas to about 300 homes and businesses.

Hamburg Mayor Cathy Crain said out of 560 homes, 167 are underwater. Fremont county board of supervisors representative Terry Graham asked the Senator for funding for grants to speed up recovery when he heads back to Washington.

In downtown Hamburg, water is still covering the Main Street and part of a levee has spilled on the ground. It's the same scene at nearby homes, fences from a destroyed levee have been left mangled in yards. A church cleared out debris as floods reached all across town.

Leo Edelman is with the Missouri River Recovery Implementation Committee. He says Hamburg has to get its infrastructure back and get the levy rebuilt.

"Helping this city so it can be protected would be my desire to accomplish so this never happens again," Senator Grassley said.

During the flood of 2011, residents built up a levee around town, but they had to remove it because it didn't meet standards. Senator Grassley says he hears the desire to once again have a levee around Hamburg.

"You've got to drum home to the Corp. of Engineers that flood has to be the number one concern of the structures and the levy on the Missouri River," the senator said.