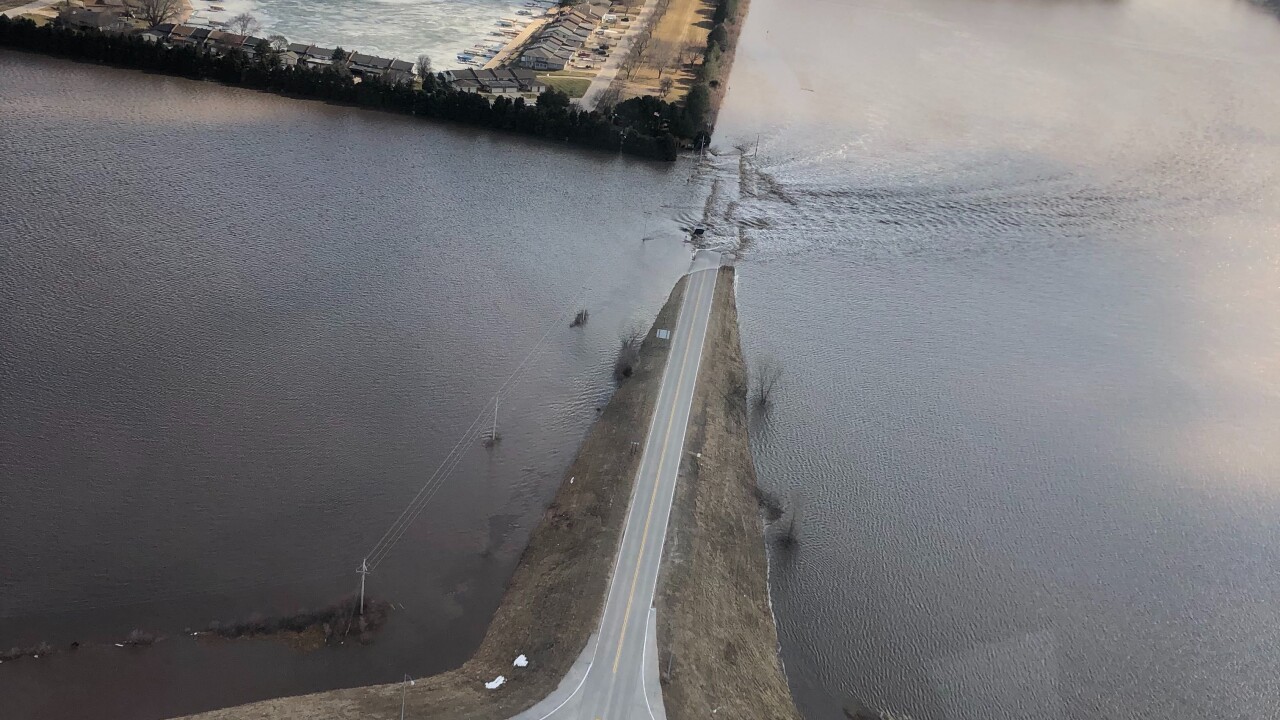 Randy Romanik
Exit off Dodge to River Side Lake

OMAHA, Neb. (KMTV) — During the historic flood of March, a lot of things were displaced. With that in mind, local and national government agencies banded together to find containers of what they call "potentially hazardous material."

After the March flooding, the Federal Emergency Management Agency and the Nebraska Department of Environmental Quality partnered with the U.S. Environmental Protection Agency to recover and safely dispose of containers of potentially hazardous material displaced by the floods.

Under a FEMA mission assignment and with Nebraska Civil Air Patrol support, EPA staff and contractors provided technical support while also conducting aerial and land-based reconnaissance of the flooded areas, including surveying 800 miles of the Missouri, Platte, Niobrara, Elkhorn and Loup rivers. They marked displaced container locations and entered the data into a Geographic Information System app for later collection.

Since operations began March 27, the EPA has recovered over 2,200 containers, which include drums, tanks and canisters, dislodged by floods and the contents were disposed or recycled, as appropriate.

The tanks contain mostly oil, fertilizer, chemicals, liquefied petroleum gas and other hazardous materials. Field operations include the cleanup of spills and discharges of hazardous materials and the safe disposal of containers.

Airboats have recently been deployed along the Niobrara river. (Photo credit EPA)

Once a container is recovered, it is brought to a waste collection site. Then the EPA site manager and contractors, including a chemist, sample and classify the waste. They complete the process by preparing the waste and containers for disposal or recycling. As the collection process winds down, the temporary collection sites are consolidated, and the soil tested so that the site can be returned to the state in a safe condition.

Persistent heavy rains and flooding means some containers remain inaccessible from land. Megan Schuette, EPA On-Scene Coordinator, believes these isolated containers will have to be recovered after the floodwaters recede later this summer.

“If you see abandoned containers that have been displaced by floodwaters, report them. Then trained professionals will be able to identify containers that may contain chemicals or other potentially hazardous materials,” said Schuette. Call your local emergency manager or the state’s “Orphaned Containers from Flood” hotline: 877-253-2603.