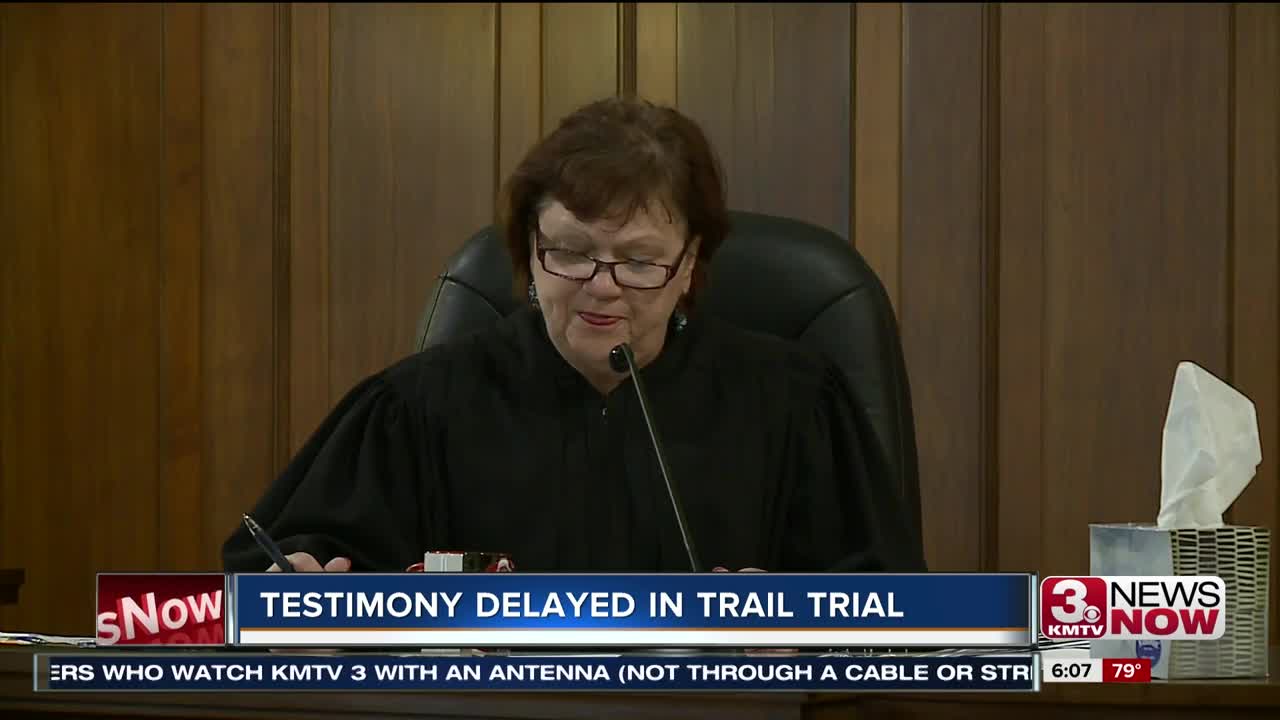 SALINE COUNTY, Neb. (KMTV) — We expected to hear the first testimony and evidence in Saline County District Court in the first-degree murder trial for Aubrey Trail, accused of killing and dismembering 24-year-old Sydney Loofe--but ultimately, it didn't happen on Wednesday.

After about an hour and a half delay this morning, Judge Vicky Johnson said they've been dealing with issues outside the courtroom.

Trail wasn't present at all.

Later in the day, Judge Johnson individually questioned jurors because they received two phone calls that a juror may be blogging.

It's believed she may have been talking about another media's outlets blog where someone made a questionable comment.

No jurors were dismissed, but the judge said she was concerned about the atmosphere the media coverage has created.

Trail is currently in the custody of the Nebraska Department of Corrections.

The judge dismissed the jury for the day and asked them to come back at 9 a.m. Thursday.