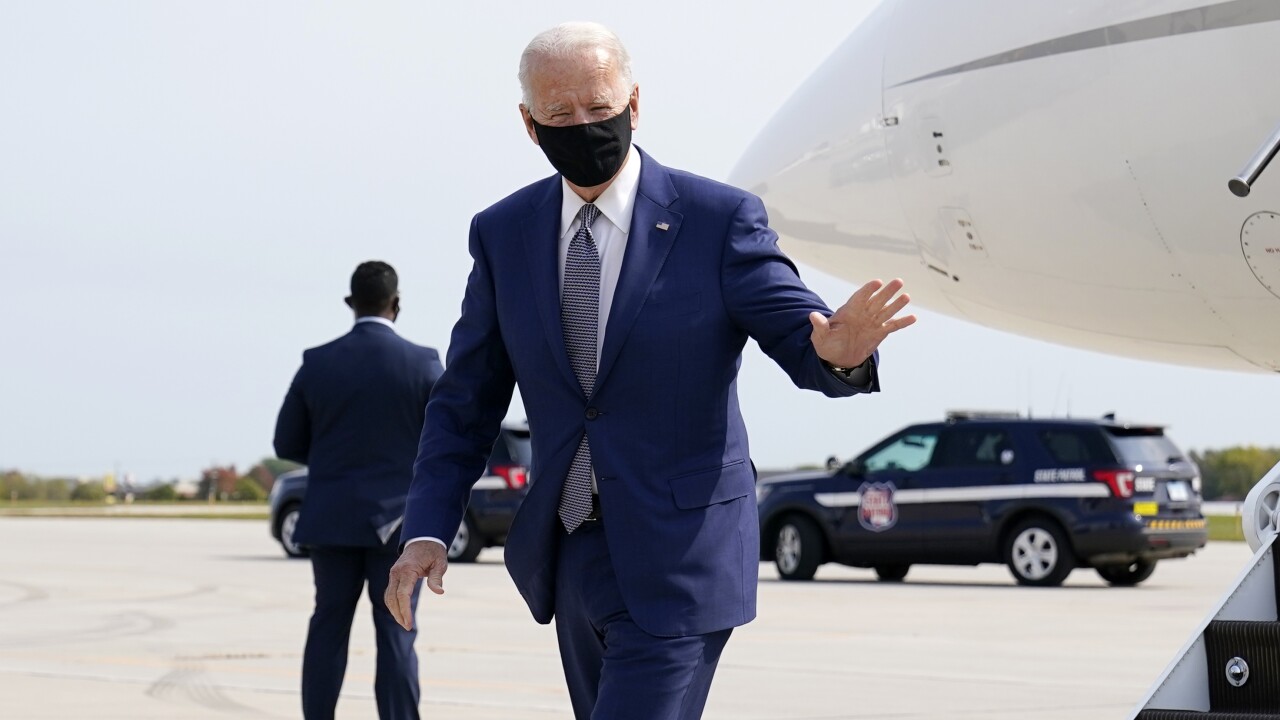 The former vice president delivered a speech in Manitowoc, during which he accused President Donald Trump of only having the best interest of his supporters in mind. In contrast, Biden said he would be a president for all Americans, even those who don't support him.

Watch the event below:

Biden also spoke about the COVID-19 pandemic as the country’s death toll from the coronavirus approaches 200,000.

The events marks Biden's second trip to the swing state this year and it comes just days after Trump held a rally there.

Democrats are hoping to win the traditionally blue state back in November, four years after Republicans carried it by fewer than 23,000 votes.

The stop also came after the death of Supreme Court Justice Ruth Bader Ginsburg, which has turned the general election on its head.