Collins to vote no on court pick before election 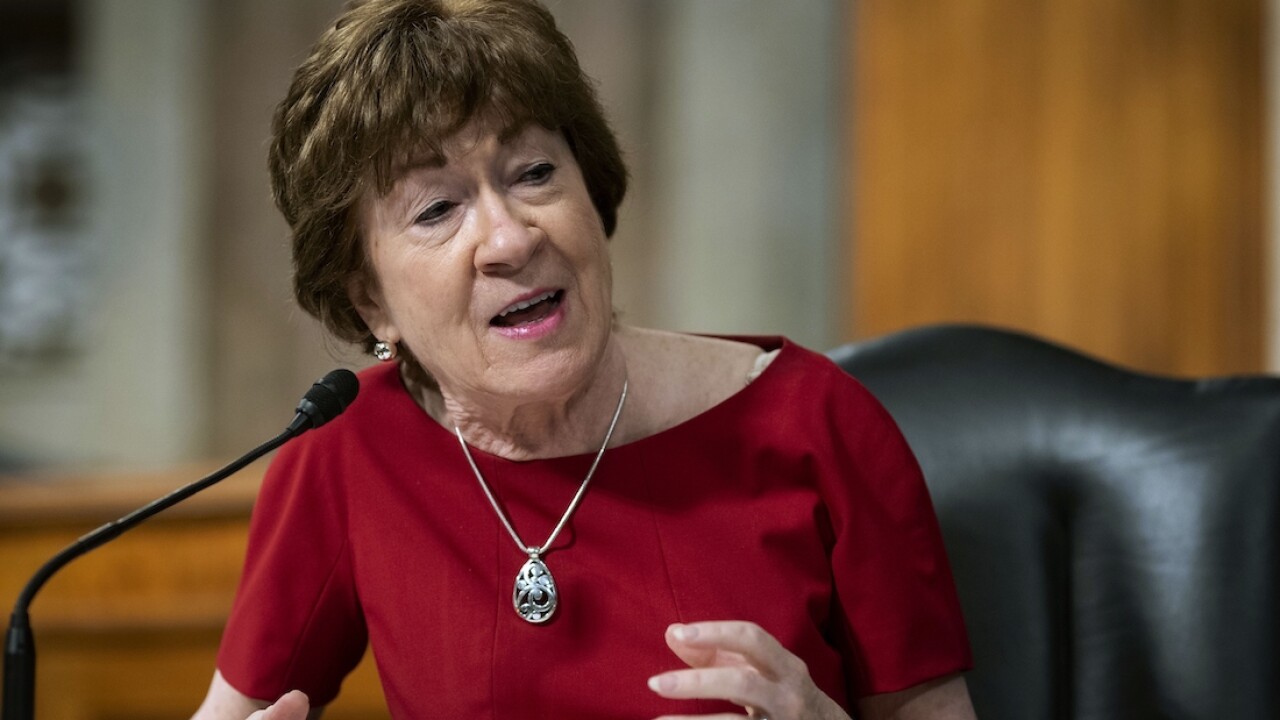 Al Drago/AP
FILE - In this June 30, 2020, file photo, Sen. Susan Collins, R-Maine, speaks during a Senate Health, Education, Labor and Pensions Committee hearing on Capitol Hill in Washington. Collins is once again in a pressure cooker over an issue riveting the nation. This time it's the battle over President Donald Trump’s effort to replace the late Justice Ruth Bader Ginsburg on the Supreme Court. (Al Drago/Pool via AP, File)

Maine’s Susan Collins has become the first Republican senator to say she’ll vote against any of President Donald Trump’s picks for the Supreme Court vacancy if the vote occurs before Election Day.

Alaska GOP Sen. Lisa Murkowski has said she’s against voting on a nominee before the election. But opposition by Collins and Murkowski wouldn’t be enough to stop majority Republicans from pushing a Trump pick through the chamber.

That was nine months before that year’s presidential election. McConnell said then that the voters should decide which president should make a nomination. This time, Justice Ruth Bader Ginsburg died 46 days before Election Day.

Collins tells reporters that the Senate should now follow “the same set of rules.”

Collins faces a competitive reelection in November in a state known for independent, moderate voters.