Biden: Trump 'failed to do his job on purpose' by downplaying COVID-19 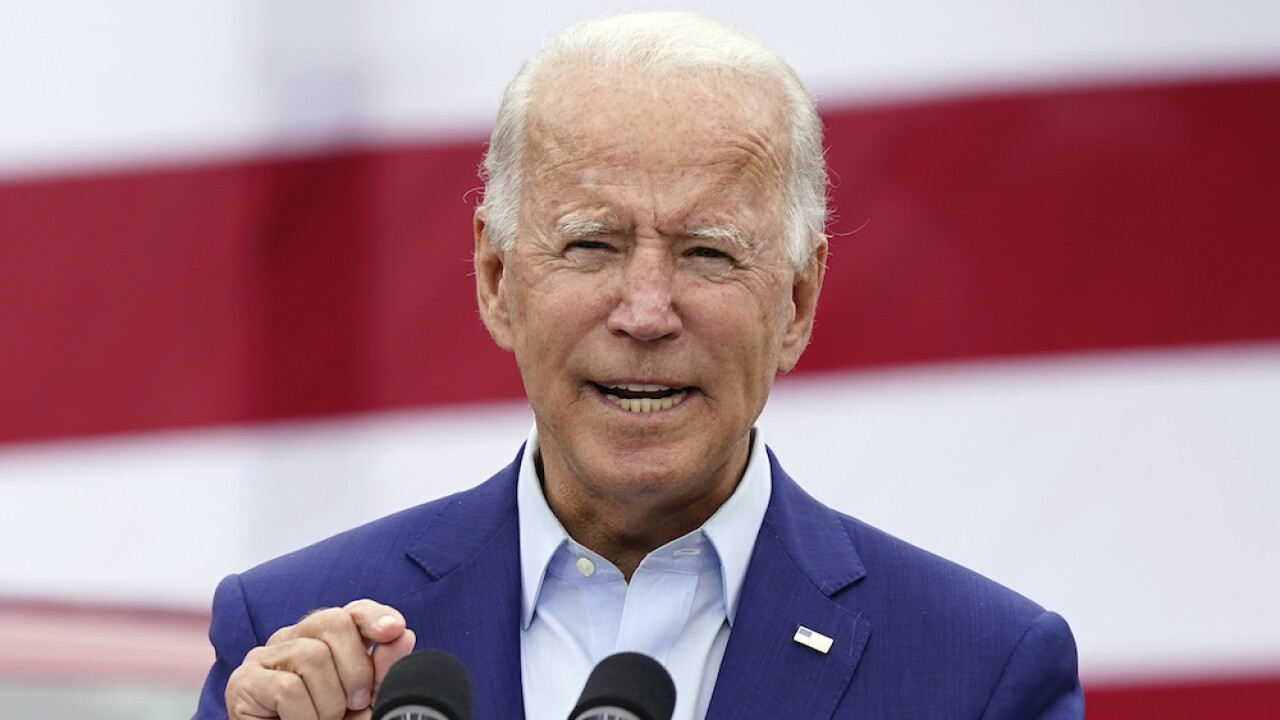 Democratic presidential nominee Joe Biden called reports that President Donald Trump knowingly downplayed the severity of COVID-19 "a life and death betrayal to the American people" during an address from Warren, Michigan on Wednesday.

"He knowingly and willingly lied about the threat it posed to our country for months," Biden said. "He had the information. He knew how dangerous it was. And while this deadly disease ripped through our nation, he failed to do his job on purpose."

Biden went on to call Trump's decision to downplay the virus "beyond despicable," a "dereliction of duty" and "a disgrace."

"This is a recession created by Donald Trump's negligence, and he is unfit for this job," Biden said.

Biden's comments came hours after CNN published audio files recorded by journalist Bob Woodward from earlier this year. During a conversation with Woodward on Feb. 7, Trump called the coronavirus "deadly" and added that it would be worse than a "strenuous flu." In the weeks following that conversation, Trump continued to downplay the severity of the virus publicly.

In a conversation on March 19, Trump told Woodward that he "always wanted to play it down," because he "didn't want to create a panic."