Dealing with post-election stress and tips to combat it 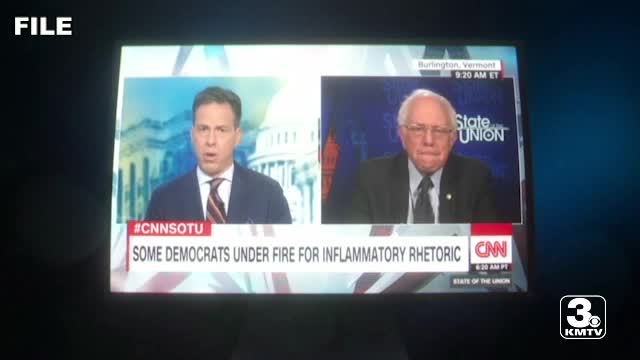 No matter what political party you identify with, people are feeling residual stress from the election on all sides.

OMAHA, Neb. (KMTV) — No matter what political party you identify with, people are feeling residual stress from the election on all sides.

It's been more than a week since Election Day. Campaign signs that lined the streets for months have mostly disappeared and the incessant political ads are no more.

A majority of the results are in, but many are still feeling lingering stress from this election cycle. Two very different candidates led to greater division, putting a strain on relationships and mental health.

"It felt more like we were just arguing politics all the time and not in a positive way that gave either of us any additional insight or perspective. Obviously, I’m biased but it seemed more like he wanted to fight, not necessarily have a discussion and it became a very negative thing for me, so we decided just not to talk anymore."

Gloe says politics have also contributed to an increase in anxiety for him.

"The things that we're hearing from both sides are so far apart that it just becomes, sort of this process of, ‘How do I even know what to think or believe? How do I even make rational decisions as a citizen?’"

Gloe added that social media likely fuels much of the uncertainty and division, something that Dr. Elizabeth Penner, a psychiatrist at the University of Nebraska Medical Center agrees with.

"If you watch the news or your social media feed constantly, I think for most people, that's going to elevate your stress,” she said.

President Trump still refuses to concede, leading many to wonder what will happen in January.

"Not knowing and that uncertainty is where a lot of that anxiety and election stress comes from,” said Penner.

Stress negatively impacts how we function in a variety of ways. Penner suggests finding options that work for you to manage it — ranging from limiting screen time to exercise, even if it's just a walk around the block.

"I think what's important is sort of consistency, scheduling and sticking to it,” she said. “I think it doesn't have to be really anything like, intense or complicated."