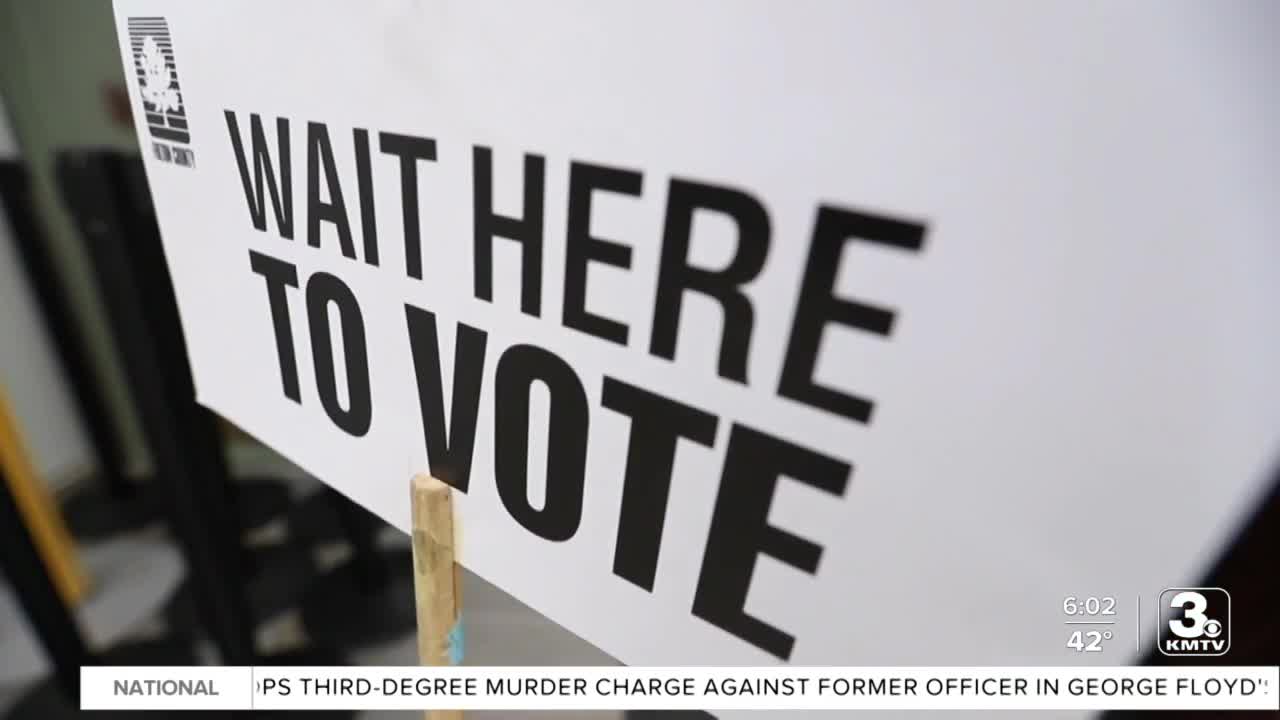 A look at lines as Election Day nears in Douglas County.

OMAHA, Neb. (KMTV) — Election Day is just less than two weeks away out and millions of Americans have already cast their ballots.

Early voting lines across the United States have put into perspective just how many people are making their voices heard this election.

"I had no idea how long the line was going to be," Sandy Rodriguez said.

Rodriguez, along with Chris Van Patten, say it's not shocking the line is long considering Douglas County has one location for early in-person voting.

"I think it is going to be a lot worse on November 3rd, the actual election day," Rodriguez said.

Voters have cast at least 41.5 million ballots in the 2020 election, according to the U.S. Elections Project.

"I just made sure to bring an umbrella," Kristen Stickman said. "I wish I would have brought my air-pods, but honestly we've kind of chit chatted so it's been more of a camaraderie atmosphere."

The threat to our democracy heightened on Wednesday when National Security Officials reported Iran and Russia obtained voter registration data to attempt to influence the election.

"The great women and men of the intelligence community caught this activity immediately," Director of National Intelligence John Ratcliffe said.

"You should be confident that your vote counts," FBI Director Christopher Wray said.

They accused Iran of imitating a right-wing group and sending emails to democratic voters that threatened to come after them unless they vote for President Trump.

This threat came after many are already questioning mail-in-voting security.

Consumer experts warn voters to continually be aware of false information on social media, especially in the days leading up to the election.