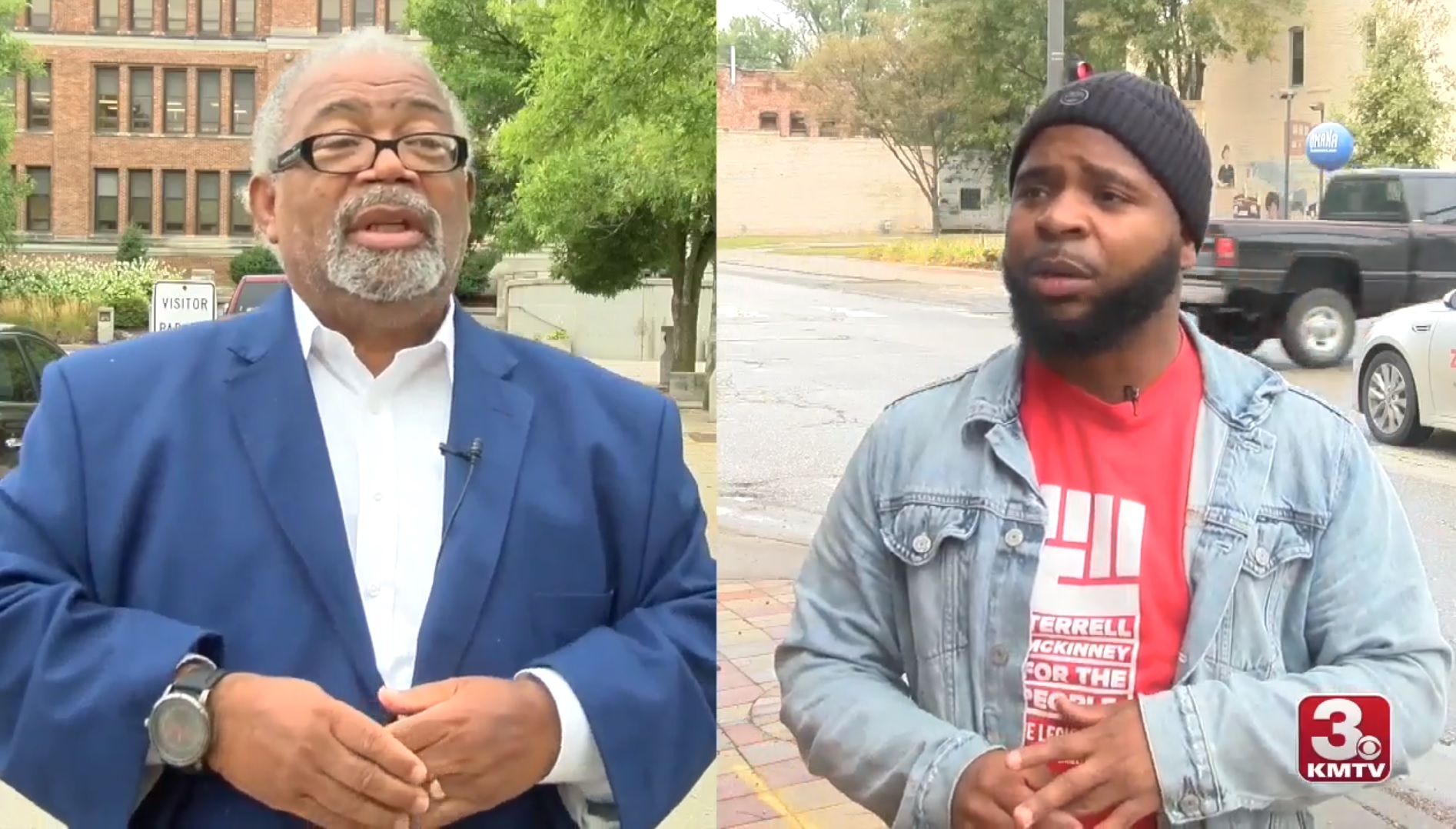 OMAHA, Neb. (KMTV) — After serving 46 out of the last 50 years in the Nebraska Legislature, Ernie Chambers is term-limited.

That means his seat in Legislative District 11 is open. Two men with a broad generational gap are fighting to take his place.

After a string of protests around the county and in Omaha this summer, both Fred Conley and Terrell McKinney will be looking to sign on, or even put forward bills that make police more accountable, if elected.

“That’s been my platform, fighting for the people, and speaking truth to power. The issues that happened over the summer preexisted prior the riots, prior to George Floyd,” says McKinney.

“I think the real issue across the country is accountability on officers that abuse their power. And I want to look at whatever has been presented, that addresses that,” says Conley.

Conley is somebody familiar to many in Omaha. He's been on the Omaha City Council, Metro Community College Board of Governors and even a brief stint as acting mayor of Omaha.

His core issue is access to education. He wants to pass a bill giving free tuition to those that attend community college.

“I think we’ll see more kids choosing a vocational education who would have not have considered going to college,” says Conley.

McKinney considers himself an activist, a community organizer. He wants to bring economic opportunity to his community in north Omaha.

“Finding ways to provide incentives to small businesses and entrepreneurs so they can grow to scale, so they are able to employ members of this community,” says McKinney.

Whomever wins has big shoes to fill, replacing an icon in Senator Ernie Chambers, who has endorsed McKinney.

McKinney says Chambers is a great example of what true leadership is.

“Many people are going to try and compare me to him, but I compare myself to Terrell, that’s all I can, I can’t be Sen. Chambers, I can only be Terrell McKinney.”

Conley also says he’s got to be his own man, but says he would push for reforms for Chambers has clamored for, such as restoring voting rights to felons, as soon as they’re released from prison.

“I’d like to see something permanent in Nebraska. Once they served their time, that they be allowed to register to vote,” says Conley.

Both say the difference between the too is generational. Conley says his government service gives him a quicker learning curve.

The 30-year-old McKinney says it’s time for his generation to start to lead.

“I think experience is important in going to Lincoln. I think I can hit the ground running,” says Conley

“Somebody has to step up and start understanding these processes and understand how to make change in our community,” says McKinney.

But there were seven total candidates and the other five candidates finished with the rest of the 50 percent of the electorate, therefore those people need to pick either McKinney or Conley in the fall, making the race wide open.